Please ensure Javascript is enabled for purposes of website accessibility
Log In Help Join The Motley Fool
Free Article Join Over 1 Million Premium Members And Get More In-Depth Stock Guidance and Research
By Evan Niu, CFA – Sep 15, 2020 at 9:00AM

Following months of speculation, NVIDIA (NVDA 3.60%) confirmed over the weekend that it had entered into a deal to acquire Arm Holdings from SoftBank (SFTB.Y 0.29%) for $40 billion in cash and stock. The deal's structure includes $21.5 billion in stock, $12 billion in cash, and a potential $5 billion earn-out for SoftBank if Arm can achieve certain performance targets. NVIDIA will also issue $1.5 billion in equity for Arm employees.

NVIDIA says the acquisition will complement its existing business, expand its reach, and accelerate its product road map. But there are far-reaching implications that could reshape the mobile chip industry. 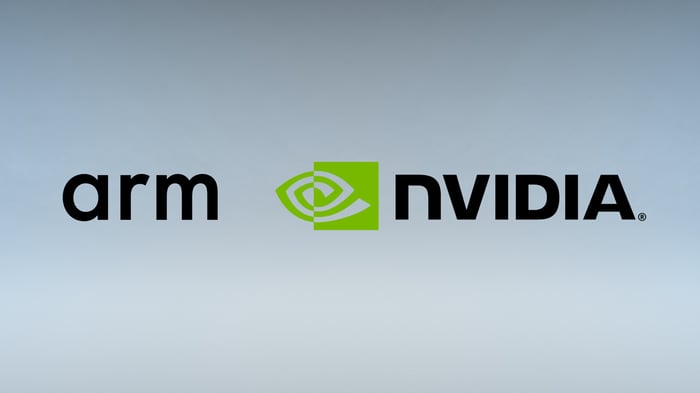 Arm has long been at the center of mobile computing, designing the underlying chip architecture that powers virtually all mobile devices today. The company licenses those designs out to other companies, notably including tech giants like Qualcomm (QCOM 2.13%) and Apple (AAPL 2.21%), that oftentimes create customized chips.

The key to Arm's unique place in the value chain has always been its neutrality, which has allowed the mobile chip industry to broadly enjoy cost efficiencies by essentially centralizing research and development while still allowing for the most sophisticated chipmakers to differentiate on top of the architecture. The concern is that the acquisition will undermine that neutrality. SoftBank doesn't make chips, so the Japanese tech conglomerate was able to maintain Arm's neutrality.

NVIDIA says it remains committed to Arm's open-licensing model and that it will maintain customer neutrality, but it's easy to see how quickly things could get murky. If the acquisition closes, NVIDIA will be licensing core technology to one of its longtime rivals, Qualcomm, although NVIDIA and Qualcomm don't compete as directly these days. Apple ditched NVIDIA graphics cards in Macs in favor of NVIDIA's primary competitor in that space, AMD (AMD 3.64%), which itself is also an Arm licensee. AMD also competes with NVIDIA in the data center, where AMD offers Arm-based Opteron processors; data centers are NVIDIA's fastest-growing business, soaring 167% last quarter.

These are just a few relationships out of Arm's hundreds of licensees, including other prominent names like Samsung and MediaTek, among many others. From a licensee's perspective, even the remote possibility that Arm loses some independence could reduce the appeal of the architecture.

Can NVIDIA close the deal?

The acquisition will inevitably face intense regulatory scrutiny around the world because the transaction has such major ramifications across markets. In fact, SoftBank had approached Apple over the summer about a possible deal, but the Mac maker reportedly declined due to regulatory concerns about licensing to rivals. Apple already has its hands full contending with other ongoing antitrust issues anyway.

Arm co-founder Hermann Hauser, who is no longer involved with the company, has been vocally expressing criticism of the deal. Hauser previously suggested it would be in NVIDIA's interest to "destroy Arm" because it could make more than $40 billion through monopoly power. This week, he called the acquisition an "absolute disaster." The technologist is calling on the U.K. government to intervene, kicking off a "Save Arm" campaign attempting to garner support in opposing the deal.

"[T]he sale of Arm to Nvidia will destroy the very basis of Arm's business model which is to be the Switzerland of the semiconductor industry dealing in an even-handed way with its over 500 licensees," Hauser wrote in an open letter to U.K. Prime Minister Boris Johnson. "Most of them are Nvidia's competitors."

NVIDIA expects to close the acquisition in roughly 18 months.