American Airlines Group (NASDAQ:AAL) said late Friday that it has finalized a $5.5 billion loan from the U.S. Treasury and could borrow up to $2 billion more next month depending on how many other airlines look to the government for assistance.

American was originally allocated $4.75 billion of a $25 billion package of loans under the CARES Act stimulus plan, but rivals including Southwest Airlines (NYSE:LUV) and Delta Air Lines (NYSE:DAL) have said they do not intend to use the funds earmarked for them under the plan.

United Airlines Holdings (NASDAQ:UAL) is also expected to borrow under the Treasury plan. 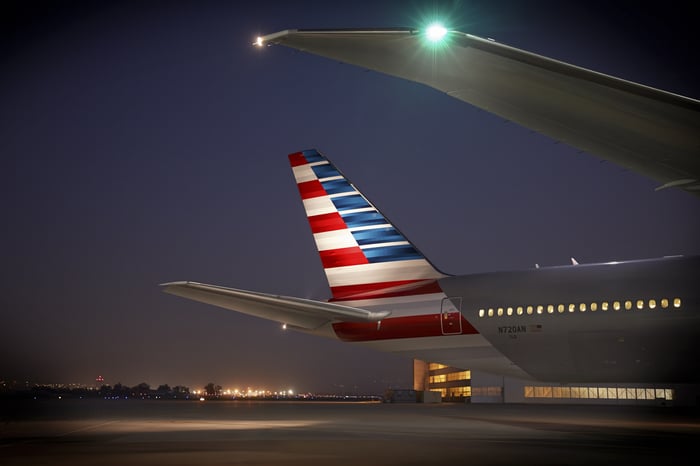 American said in a regulatory filing that it has been advised that the government will allocate additional funds in October, and that the airline could take up to $7.5 billion in total borrowings from the Treasury Department.

Airlines have been hit hard by the coronavirus pandemic, which has sapped demand for travel and cut into revenue. The industry received $50 billion in federal assistance as part of the CARES Act, including $25 billion in payroll support and the $25 billion loan package.

American said it will use its frequent flyer program as collateral on the loan, which also requires participants to issue warrants and limit executive compensation and buybacks while the loans are outstanding.

The added funds will help American ride out the pandemic, but the company's balance sheet will need years to recover. American came into the pandemic with the industry's highest debt total and now has total debt of more than $40 billion. It could cut upward of 40,000 jobs in the weeks to come absent a second round of government payroll support.