Find out why a tech stock and a mining stock are among the day's leaders.

Tuesday brought a pause to the stock market's recent advance, as investors tried to determine how to balance all the conflicting dynamics affecting the financial markets. Rising long-term interest rates signaled greater belief that the U.S. government would succeed in providing more economic support to Americans, but definitive agreements weren't forthcoming.

Even with the upward momentum in the broader market starting to wane, there are still pockets of strength. One remains technology, with Alteryx (AYX -2.51%) leading the charge higher Tuesday. Elsewhere, the mining space has perked up, especially with smaller companies like Piedmont Lithium (PLL) seeking to provide valuable minerals for battery technology. 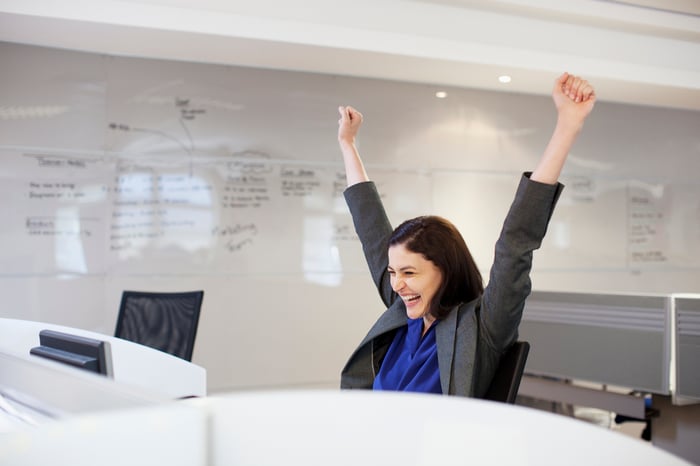 Alteryx gets a new leader

Shares of Alteryx soared 26% on Tuesday morning. The data analytics provider made a major leadership announcement and provided some guidance on its future results.

Alteryx announced that it expects revenue for the third quarter to be $126 million to $128 million. That would represent growth of 22% to 24% from year-earlier levels. More importantly, it was far above the initial guidance of $111 million to $115 million that Alteryx had issued previously.

The company also said that it has brought on a new executive. Mark Anderson will take over as CEO from co-founder Dean Stoecker, who will stay on as chair of the Alteryx board of directors. Anderson has served on the board for a couple of years now, and Stoecker expressed his confidence in him as "the ideal candidate to serve as Alteryx's next CEO."

The stock took a tumble earlier this year as investors called into question whether the data analytics company would be able to sustain its former pace of growth. Today's news suggests that those concerns were unjustified, and new leadership could bring new accomplishments for Alteryx.

Elsewhere, Piedmont Lithium climbed 23%, adding to gains from earlier in the week. The lithium mining upstart has gotten a lot of notoriety from a recent supply contract, and forces in the battery materials industry are helping support the share price today.

Piedmont was relatively unknown until Tesla (TSLA -1.10%) signed a five-year contract with the company to buy high-grade lithium ore from Piedmont's proposed North Carolina mining and refining project. At that point, the miner came onto investors' radar.

Also helping is a recent executive order from the White House identifying other battery-making materials as essential minerals vital to U.S. interests. Although lithium wasn't included in the executive order's list, it stands to benefit from greater attention to other minerals used in battery production.

The deal still involves plenty of uncertainty. Piedmont is far from beginning operations, and the agreement will require both parties to figure out more specifics about a start date between mid-2022 and mid-2023. If Piedmont can't get everything up and running by then, Tesla would have the right to undo the agreement -- and presumably all of the mining stock's gains would be for naught.