Cirrus started September on a bearish trajectory, absorbing the same corrections as the rest of Silicon Valley on risk-reduction days like Sept. 3. The drop reversed on Sept. 10 when Craig Hallum analyst Anthony Stoss upgraded Cirrus' stock to a buy with a price target of $70 per share. Ross argued that the sell-off that actually started in August was going too far, presenting investors with an attractive point of entry. Four days later, Barclays analyst Blayne Curtis upgraded Cirrus to equalweight with a $65 price target. His upgrade was based on reasonable share prices and the upcoming 5G smartphone upgrade cycle from Cirrus' largest customer Apple (AAPL 0.18%), which accounted for roughly 80% of this company's sales in each of the last three fiscal years.

The two upgrades turned Cirrus' stock chart upward right away, and the bullish trend stuck around until the end of the month. 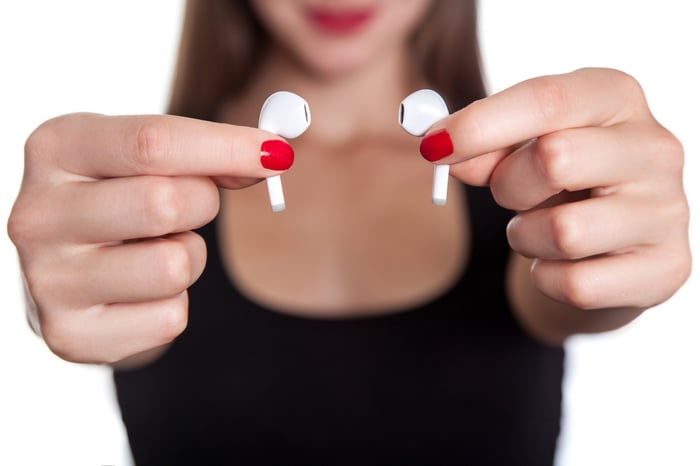 Ross and Curtis essentially repeated the same themes of solid business and undervalued shares that I saw in August's price drop. The stock still looks affordable at 18 times free cash flows and 24 times trailing earnings. In other words, it's not too late to pick up some Cirrus Logic shares at an affordable price.

This Tech Stock Could Soar 42%, and It Is a Terrific Bargain Right Now
370%