Why pay a steep price for a premier on top of a Disney+ subscription fee when you can watch the same movie for the same price a month later on other services?

Walt Disney (DIS 0.48%) CEO Bob Chapek said from the beginning that selling Mulan to existing Disney+ subscribers was an experiment rather than the new norm. Now the media giant has effectively made sure of it. That's because Mulan is now being offered by third-party streaming platforms like FandangoNow and Vudu, leaving some recent Disney+ enrollees wondering if it was worth the $30 they paid for the flick in addition to the recurring monthly cost of a subscription required to make the purchase.

To this end, if Walt Disney ever wanted to promote Disney+ by adding another pay-per-view flick to its lineup, that pitch just became much tougher to make. Future films may or may not be exclusive for very long given the handling of Mulan. 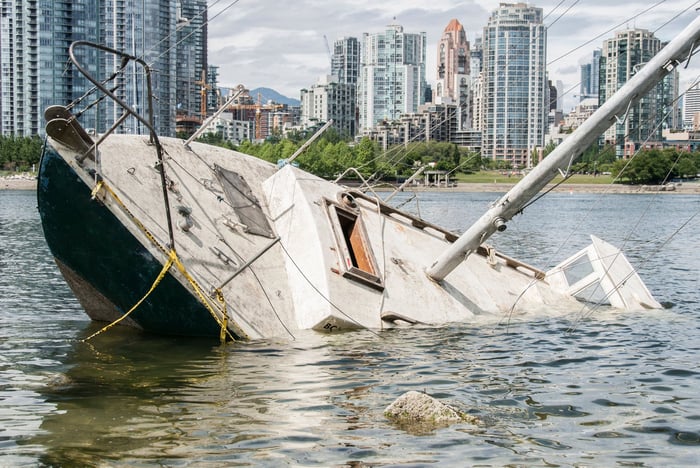 What Disney said, and didn't say

"Mulan is a one-off," Chapek explained on the earnings call in August of the Sept. 4 streaming release. "That said, we find it very interesting to be able to take a new offering, our Premier Access offering, to consumers at that $29.99 price and learn from it and see what happens not only in terms of the uptake of the number of subscribers that we get on the platform, but the actual number of transactions on the Disney+ platform that we get on that PVOD [premium video on demand] offering."

Translation: Even though people are already paying for access to Disney content via Disney+, if they prove they're willing to pony up more money for new films, we may revisit the model in the future.

And, technically speaking, the company didn't break its promise. It made clear from the onset that Mulan would cost $29.99 for U.S. users of Disney+ ($19.99 outside of the United States) until December when it would be freely available to all Disney+ subscribers. Nothing was ever said, however, about monetizing the movie in other ways in the meantime, like offering it through the aforementioned FandangoNow and Vudu, and via Amazon and Alphabet's Google Play as well. The price didn't change either, nor did the terms of the offer. It still costs $29.99, and it's an outright purchase -- not a temporary rental.

Still, to the extent exclusivity was implied, it was taken away without any warning or explanation. There's the rub.

Consumers may be quick to forgive, particularly in the midst of unusual circumstances like a global pandemic. But they may not be so quick to forget. They can reasonably bet any future premium films debuting at Disney+ are going become available at other platforms a month after they debut, negating the perceived need for a Disney+ subscription.

That leaves the entertainment media powerhouse in a somewhat confusing spot within the fast-growing PVOD arena that Digital Entertainment Group says has been worth a little more than $1.6 billion through the first six months of 2020 in the United States alone. It can either go it alone and rely solely on Disney+ as a distribution (read: sales) vehicle, or it can play it conventionally and rely on other distribution platforms. Continuing to do both would alienate subscribers willing to pay extra for premiers.

Perhaps most off-putting? Access to subscribers' purchase of Mulan only lasts as long as that Disney+ subscription is active. That's not the case if purchased using another platform.

If any Disney+ newcomers are complaining, they're not doing so publicly -- at least not yet. Odds are decent that anyone interested enough in purchasing access to newly released Mulan already sees the value of access to Disney's entire library. The monthly cost of $6.99 or $69.99 per year for Disney+ is more than a fair and nominal price for families, and remember, one of the key goals in promoting Mulan the way Walt Disney did was to "see what happens not only in terms of the uptake of the number of subscribers."

Still, in its quest to monetize Mulan as much as possible as quickly as possible, the company can now never find out just how powerful of a premium film sales platform Disney+ is by itself. Consumers have already been somewhat trained as to what to expect, tainting future experiments.

Or perhaps investors should be taking the hints as seen from the opposing perspective. That is, given how quickly Walt Disney opted to offer Mulan outside of its Disney+ ecosystem, maybe it's already clear the subscription-based service isn't a great premium video sales platform at all.