Please ensure Javascript is enabled for purposes of website accessibility
Log In Help Join The Motley Fool
Free Article Join Over 1 Million Premium Members And Get More In-Depth Stock Guidance and Research
By Keith Speights – Oct 9, 2020 at 6:10AM

These stocks are in great shape to deliver strong growth over the long run.

Let's face it: There are a lot more dumb investing moves that could potentially be made than there are smart moves. It's not surprising that most fund managers underperform the major market indexes. Neither is it shocking that the average investor also fails to beat the market.

Don't despair, though. Buying the stocks of companies with solid financial positions and strong growth prospects and holding them for the long term is still a very good approach. You don't even need a ton of money to start.

But where should you put your hard-earned cash? I think that investing just $1,000 in each of these three stocks would be a really smart move right now. 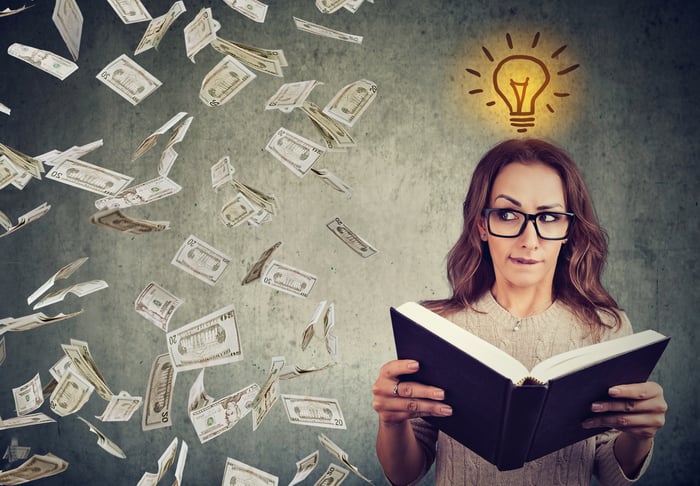 Sure, these numbers are only from a short period of time, but they underscore the resilience of and opportunities for renewable energy. And that's great news for Brookfield Renewable (BEP 2.36%) (BEPC 2.63%), one of the top renewable energy stocks on the market.

Brookfield Renewable owns and operates hydroelectric, solar, and wind power generation facilities on four continents. These facilities have a combined capacity of 18 gigawatts.

Look for Brookfield Renewable to expand its capacity significantly over the next decade. Major countries around the world have ambitious goals to reduce carbon emissions. Several large U.S. states, along with some big corporations, are working to increase their use of renewable energy.

Brookfield Renewable thinks that it will be able to deliver long-term returns of between 12% and 15%. Over the last 20 years, the company's annualized total return has been close to 18%. With renewable energy costs lower than ever and demand continuing to rise, Brookfield Renewable appears to be in a great position to meet and perhaps beat its targeted growth.

Increasing renewable energy generation isn't the only great trend from which investors can profit. The "war on cash" is another one. Consumers continue to shift from physical forms of payment, such as cash and checks, to digital payments. Mastercard (MA 2.16%) is a premiere stock to buy to make money from this shift.

There are several types of non-cash payments, including debit cards, credit cards, and digital wallets. All of them use the underlying technology -- the "rails" -- provided by the major payment-processing networks. Mastercard and its top rival Visa essentially enjoy a duopoly in this market.

The COVID-19 pandemic has actually helped Mastercard's business in some ways. Sure, credit card transactions declined with a major drop in travel. However, online shopping increased significantly. The overall long-term impact of the pandemic could even be positive for Mastercard.

Wall Street analysts project that Mastercard will deliver earnings growth of 30% next year and average annual earnings growth in the low double-digit percentages over the next five years. This solid growth combined with Mastercard's wide moat make it a great pick.

Some have called the 21st century the "biotech century." That doesn't seem to be an exaggeration, considering the remarkable advances made by biotechs over the last two decades and the exciting opportunities that lie ahead. Vertex Pharmaceuticals (VRTX 2.73%) ranks as one of the top biotechs achieving key breakthroughs.

Vertex currently enjoys a monopoly in treating the underlying cause of rare genetic disease cystic fibrosis (CF). The company continues to have significant growth opportunities in this market, with its newest CF drug recently winning European approval.

Even greater opportunities could be on the way for Vertex. The biotech's pipeline includes experimental drugs in clinical studies targeting other rare genetic diseases, including one that affects more patients in the U.S. than CF does worldwide. In addition, Vertex has programs addressing not-so-rare diseases, with experimental pain drugs in phase 2 testing and plans to advance a potential cure for type 1 diabetes into phase 1 testing next year.

Analysts think that Vertex's earnings will increase by around 25% annually, on average, over the next five years. That growth will be driven primarily by its CF franchise. With the potential for other big winners on the way and a large cash stockpile to bolster its pipeline, Vertex should keep delivering exceptional growth for a long time to come.