Once can be chalked up to bad luck, but twice in a row in this environment is cause for concern.

For the second quarter in a row, sales of desktops and laptops grew. Millions of employees continued to turn their homes into offices during the third quarter, and a slew of students are now attending online school as well. All told, PC sales grew between 3.6% and 14.6% during Q3, depending on which research outfit is crunching the numbers.

The two number-crunchers in question do agree on one thing, though. That is, for the second quarter in a row, Dell (DELL 0.80%) completely missed out on the rising tide that's lifting rival computer makers like HP (HPQ -0.12%), Apple (AAPL 0.39%), and Lenovo (LNVGY -2.63%). Investors may want to take the hint. 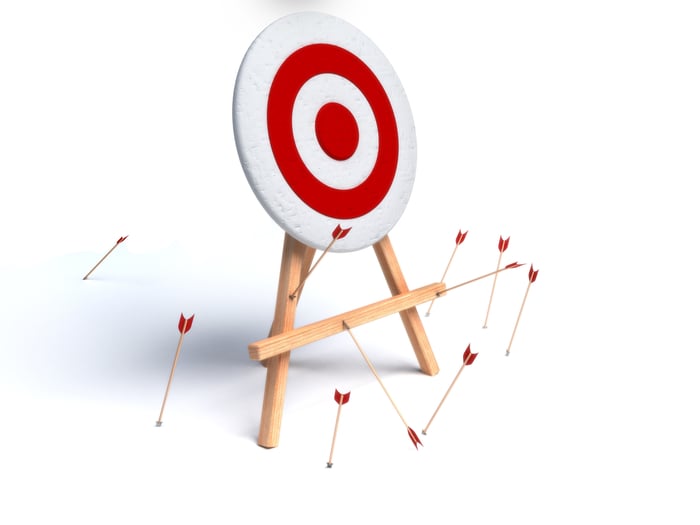 The two tech market research organizations providing the aforementioned PC sales data are Gartner (IT 1.75%) and International Data Corp. (better known as IDC). While their final tallies of PC shipments made during the third quarter are seemingly miles apart, given that they don't have access to any specifics from any of these companies, their estimates are likely to be at least in the ballpark. Besides, the trend is arguably almost as important as the number.

To this end, Gartner's guess was that Lenovo led a 3.6% year-over-year increase in personal computer sales last quarter, although ACER saw the biggest relative improvement with growth of nearly 30%. Apple and ASUS had a decent showing too.

IDC's numbers look a little different, though they tell the same basic story. That is, Lenovo shipped more computers during the three-month stretch ending in September than any other manufacturer, but Acer produced incredible growth. It was only topped by Apple's 38.9% increase. HP fared pretty well within IDC's outlook too.

The weakest link according to both researchers is of course Dell, and not for the first time. IDC reports Dell's Q2 shipment growth was the worst among the major names listed here, up only 3.5% year over year despite the PC buying frenzy that materialized in the wake of sudden, unexpected coronavirus-related shutdowns. Gartner reported that Dell's Q2 PC shipments fell 0.3%, once again lagging all of its major rivals. In this same vein, Dell's client solutions group that sells computers to consumers, as well as companies, saw a 5% setback in sales for the quarter ending in July.

As for how this has happened to Dell -- but only Dell -- twice in a row now, one can only speculate. Among the reasonable speculations are a vulnerable supply chain, sales and distribution channels that don't fully function in a COVID-challenged environment, or perhaps just a sheer lack of real interest in pursuing the personal computer market.

The latter of those three possibilities makes more than a little sense.

Of last fiscal year's $92.2 billion worth of revenue, only about half of it came from the client solutions group. And, despite Dell's client solutions group's contribution of about half of last year's top line, this division only accounted for 31% of 2019's income. Dell's infrastructure business produced 39% of the company's operating profit even though it only produced 37% of the top line. The remainder of its sales and earnings came from its software arm VMWare.

Still, PC revenue accounts for around a third of the company's top and bottom lines. That's hardly chump change Dell can afford not to sweat.

Whatever the underlying reason(s) for this sustained softness, shareholders now deserve a very good explanation before or during November's third-quarter conference call. Something's clearly not right.