The tech conglomerate reported better-than-expected earnings during the month, and investors may also be looking toward a value-add catalyst next year.

Shares of Dell Technologies (DELL 2.89%) rose 10.4% during the month of August, according to data from S&P Global Market Intelligence. The technology conglomerate, whose offerings span servers, computers, and software, posted better-than-expected results on Aug. 27. Shares may have also benefited from comments earlier in the summer regarding a possible spinoff of the company's VMware (VMW 0.55%) stake in the future.

For its second quarter, Dell delivered revenue of $22.8 billion, which was actually down 2.8% year over year, but still some $300 million ahead of analyst expectations in the pandemic-affected quarter. Meanwhile, thanks to cost controls  and lower marketing expense during the uncertain time, adjusted earnings per share grew to $1.92, beating expectations by $0.52. 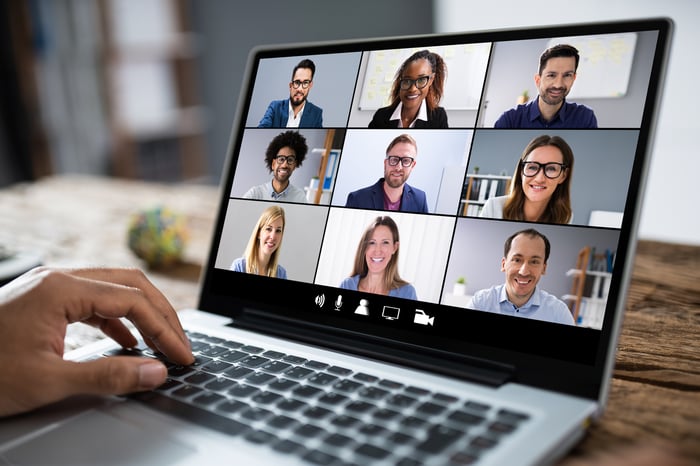 Speaking of VMware, Dell had confirmed in July that it was exploring a potential spinoff of its 81% stake in VMware. Currently, the value of Dell's stake in VMware, the other 19% of which is publicly traded, is worth nearly as much as Dell's entire equity value. Therefore, a spinoff could perhaps unlock hidden value for Dell's assets outside of VMware.

Such a move likely wouldn't happen until late 2021, when it becomes tax-free to do so. Still, each month closer to that date may bid up shares of this large-cap tech stock as investors anticipate the spin-off happening. On the other hand, management has stressed that the move isn't automatic, and discussions are in their early stages.