A risk-averse basket with plenty of income and growth potential.

On Monday, all three major stock indices declined more than 1.5% to mark one of the biggest losses in the last two months. Fears over a shaky U.S. economy, an uncertain election, stalemated stimulus negotiations, and a new one-day record high number of U.S. COVID-19 cases on Friday are putting pressure on the markets. Although the stock market can go down in the short term, sometimes significantly, long-term investors who are net buyers of stocks can benefit from a sell-off.

Recession-ready companies can provide a risk-averse way of investing when others are fearful. Although not completely immune to a recession, Clorox (CLX -0.97%), Adobe Systems (ADBE 1.34%), and Waste Management (WM 0.07%) have strong demand for their products and services, allowing them to perform well even during a recession. Here's how. 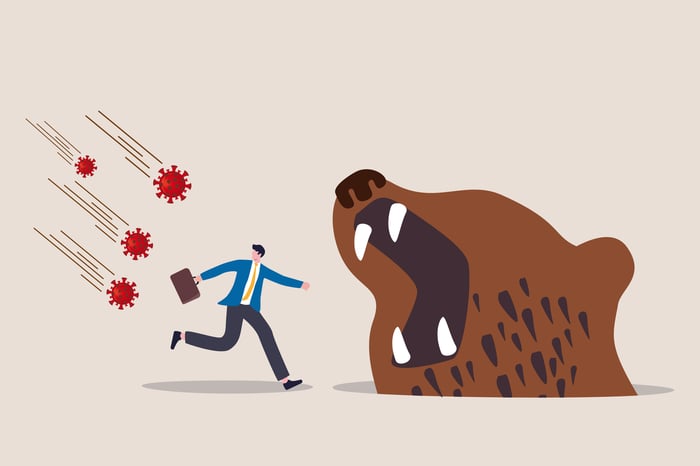 Consumer staple companies like Clorox can be one of the safest investments during a recession. Unlike most sectors of the stock market, which more or less rely on a growing economy to fuel their sales growth, demand for Clorox's products is consistent despite the market cycle. Generally speaking, this means that consumer staple stocks will underperform a bull market but outperform a bear market.

Demand for Clorox's products is soaring, and it's not just wipes and bleach. The company's Clorox Total 360 System disinfects surfaces and has been approved by the EPA to kill the virus. Major U.S. airlines like United Airlines are using Total 360 to clean their planes after most flights.

Despite all of the challenges facing the stock market this year, shares of Clorox are up close to 40%, significantly outperforming the market. Clorox's Fiscal Year 2020, which ended on June 30, 2020, reported an 8% increase in total sales, a 16% increase in diluted earnings per share, and a 170-basis point increase in gross profit margin to 45.6%. The success was largely driven by Clorox's health and wellness segment. 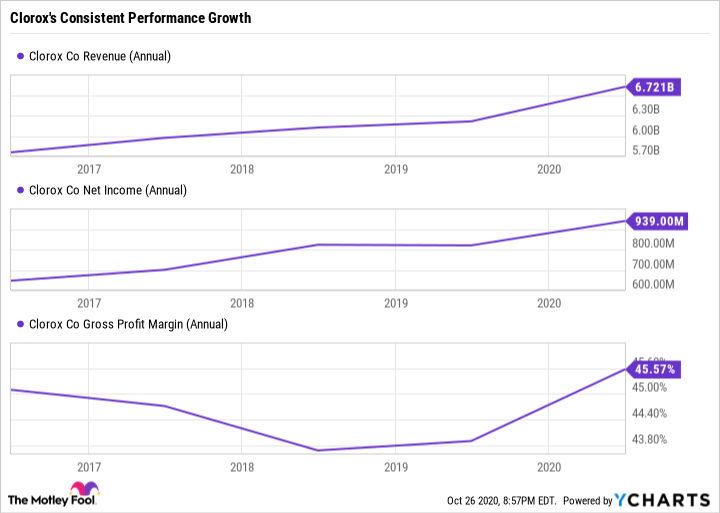 Although Clorox expects a flat to low-single-digit revenue increase in Fiscal Year 2021, the fundamental strength of the company's business gives it recession resilience. Clorox is also a Dividend Aristocrat, having increased its dividend for 43 consecutive years. The stock yields 2.1% at the time of this writing.

Software giant Adobe arguably isn't as recession-resilient as consumer staple leader Clorox, but it's one of the safest growth stocks on the market today. Although Adobe has been around for decades, it's really the last five years that have marked a truly breakout time period for the company.

In 2011, Adobe released its Creative Cloud suite, which bundled together recognizable editing and graphic design software like Acrobat, Photoshop, and Illustrator. In 2013, it shifted its pricing model from selling its software to selling a subscription to use its software -- one of the first successful software-as-a-service (SaaS) companies. After some pushback and grumbling by customers over the new pricing model, the strategy ultimately became a success. Over the past five years, Adobe's revenue has more than doubled, but more importantly, its earnings have increased an astounding 370% thanks to higher profitability. 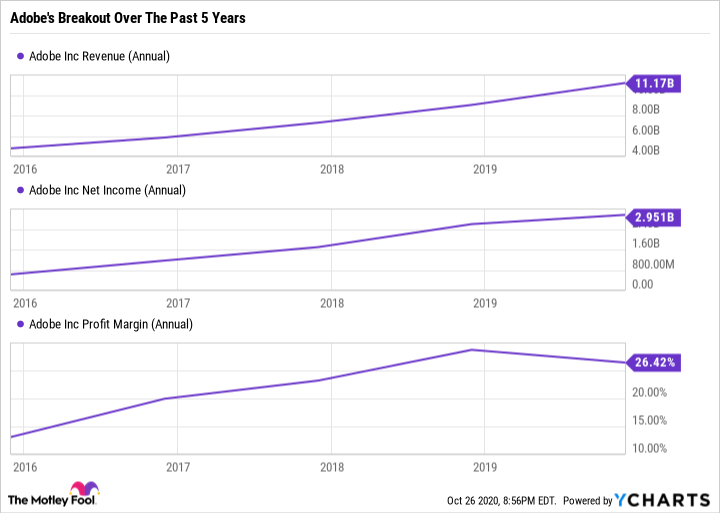 To this day, customers still gripe about the high cost of Adobe's Creative Cloud. Like it or not, the software package is the staple for high school and college students, self-employed professionals, and the largest corporations in the world. Looking ahead, Adobe expects 2020 to be another record-breaking year, with fourth-quarter revenue forecasted to be $3.35 billion, a 12% increase compared to the fourth quarter of Fiscal Year 2019.

Top industrial stocks tend to be cyclical in nature, ebbing and flowing with the broader economy. This is somewhat true for Waste Management, which relies heavily on the commercial and industrial sectors for its revenue. However, Waste Management's diversified business model makes it well prepared for a recession.

Despite a challenging business environment, Waste Management's revenue fell just 4.6% in the first half of 2020 compared to the first half of 2019. The company expects to finish the year with revenue down 4% to 5% and free cash flow to be $2 billion, which is plenty to cover the company's dividend payment of about $900 million.

The company attributes this relatively small decline to its "diverse and largely non-correlated customer base [which] creates recession resistance." Like Clorox, Waste Management pays a sizable and growing dividend. Its goal is to use 40% to 50% of its free cash flow for dividends, which it's on track to do this year. Waste Management has grown its dividend for 17 consecutive years and yields 1.9% at the time of this writing.

A risk-averse trio with income and growth

Clorox, Adobe, and Waste Management are a good basket of stocks if you're worried about a recession. Clorox and Waste Management provide stable and growing dividends during good and bad times. Clorox is the safest stock on the list. What it lacks in growth is made up for by Adobe, which grants exposure to tech, but through a subscription model that is likely to perform well even during a recession. Waste Management gives exposure to the industrial sector, but without the typical cyclicality. Each stock looks to be a good investment on its own, but they are arguably even stronger as a basket.

Why Investors Should Love WM's Dividend