Oct. 29 marks the opening of bids to provide subsidized broadband internet service -- including from space.

Americans want fast broadband internet service -- and SpaceX says it can provide it.

In fact, since at least March of this year, SpaceX has been petitioning the Federal Communications Commission (FCC) for permission to compete for money from the Rural Digital Opportunity Fund (RDOF) worth $16 billion initially, and eventually up to $20.4 billion. The FCC plans to choose one or more telecommunications providers to expand rural customer's access to gigabit-speed internet service. Those providers who offer the most attractive prices for the most reliable -- and fastest -- service can expect to win a lot of taxpayer money from the government. 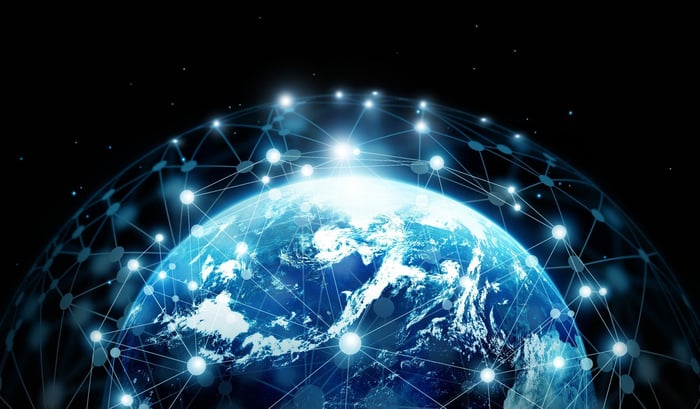 Satellite internet broadband could soon be coming to a farm near you. Image source: Getty Images.

In June, the FCC announced that it will permit SpaceX to compete for part or all of these funds in the fastest, lowest latency tier of service. Earlier this month, the FCC went a step further. Releasing the official list of 386 companies qualified to submit bids to provide low-latency (i.e. low-lag) internet service to rural locations, the FCC named all the usual suspects:

In an A-to-Z list of 386 approved bidders, the FCC confirmed that Altice can provide broadband internet service, and Verizon Communications, too. Cincinnati Bell, Cox Communications, and Co-op Connections Consortium all made the cut. Ground-based cellular and cable companies galore, in fact, will all be permitted to bid for the most lucrative, low-latency work -- but among satellite broadband internet providers, only Hughes, Viasat (VSAT -3.87%), and SpaceX were approved to bid.

What it means for the satellite companies

Hughes and Viasat, for example, provide their internet service from high-flying geostationary satellites. But at orbital altitudes 22,000 miles from Earth and more, their lag times are likely to be huge -- as much as 500 milliseconds or more, notes SpaceNews.com, versus the sub-100 millisecond lag times that the FCC is looking for. To remedy this deficiency, Hughes has proposed offering service from bankrupt OneWeb's Low Earth Orbit satellites instead. Viasat, meanwhile, may solve the latency problem by creating a new constellation of LEO satellites of its own.

SpaceX, which has already begun orbiting Starlink satellites at altitudes of less than 400 miles, is promising lag times well within the FCC's threshold for low latency. Granted, SpaceX is only just now getting ready to open Starlink beta testing to the public, but private tests conducted in-house suggest its satellite constellation is already delivering lag times as low as 31 ms.

SpaceX, of course, was founded by Elon Musk and famously remains a privately owned company and (mostly) unavailable for public investment -- so why does any of this interest investors in the stock market?

In fact, SpaceX Chief Operating Officer Gwynne Shotwell has been dropping rather heavy hints about an impending IPO of SpaceX's broadband satellite internet service all year long, and a big FCC contract win could be just the catalyst to give the SpaceX subsidiary enough cache to reap a huge IPO haul.

Consider: Most analysts who follow SpaceX today agree the company is probably doing between $2 billion and $3 billion in annual revenue from launching rockets. If Starlink wins a 10-year, $20 billion contract from the FCC to provide rural internet service, though, well, that would work out to $2 billion a year -- an amount nearly equal to all the money that parent company SpaceX is currently taking in.

Indeed, even winning just a piece of the FCC's RDOF money could provide the kick start that gets Starlink off the ground commercially, and begin moving the SpaceX subsidiary toward the $30 billion in annual revenue that SpaceX ultimately expects Starlink to produce. At projected operating profit margins approaching 60%, Starlink has the potential to soon be producing $18 billion in profit -- not just revenue -- for SpaceX. Suffice it to say this would make the company very attractive to IPO investors, and it could all begin with a single contract win.

Oh, and by the way: Bidding on RDOF begins Thursday, Oct. 29.