The U.S. Department of Justice launched the investigation two years ago when three of UMC's employees were accused of passing Micron's designs to Fujian Jinhua, a state-owned chipmaker in China. Those three employees -- Stephen Chen, J.T. Ho, and Kenny Wang -- previously worked at Micron's subsidiary in Taiwan.

UMC initially hired Chen as a senior VP and assigned him to oversee a DRAM project with Fujian Jinhua. Chen subsequently brought Ho and Wang (who allegedly stole the chip designs from Micron) to his division -- which then passed the designs to Fujian Jinhua to create new chips. 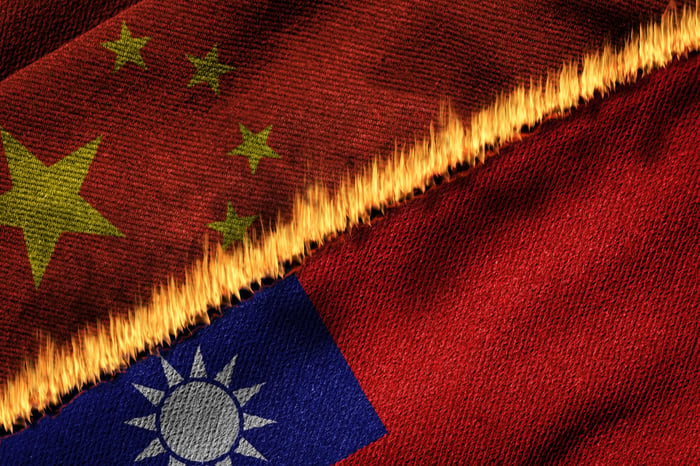 UMC agreed to pay the DOJ a $60 million fine and cooperate with additional investigations of Fujian Jinhua. That ruling certainly tarnishes UMC's reputation, but it could be even worse news for Micron -- which previously issued warnings regarding China's memory chip ambitions.

Why Micron needs to pay attention

Micron significantly expanded its presence in Taiwan with its takeover of Inotera Memories four years ago. During his visit to Taiwan, then-CEO Mark Durcan warned that China's state-backed chipmakers could flood the global market with cheap memory chips.

At the time, China was already aggressively ramping up its investments in domestic chipmakers to reduce its dependence on foreign technologies. The Trump administration's subsequent trade war with China, which targeted those dependencies, accelerated those efforts. 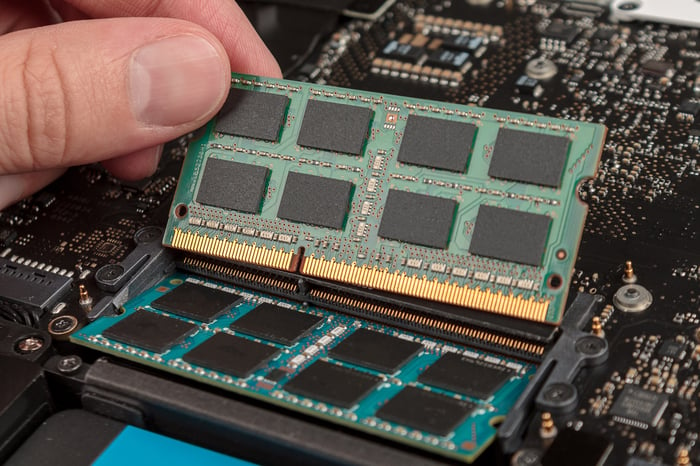 DRAM and NAND prices hit multi-year highs in 2018, as robust demand from the PC, mobile, and data center markets outstripped the supply. Once again, those surging prices highlighted China's reliance on foreign chipmakers, since the world's top memory chipmakers are in South Korea, America, and Japan.

In late 2018, Chinese regulators accused three of the DRAM leaders -- Samsung, SK Hynix, and Micron -- of fixing market prices. Those probes didn't spark any major actions or fines against the chipmakers, but they coincided with Fujian Jinhua's attempts to steal Micron's designs through UMC.

That sequence of events strongly suggests that China, whether through its own aggressive investments or the theft of trade secrets, could flood the market with cheap DRAM and NAND chips in the near future. ChangXin and Yangtze probably can't go toe-to-toe against Micron, Samsung, or SK Hynix in terms of performance or yield yet, but that gap could narrow quickly with the government's backing.

How could China derail Micron's recovery?

Micron's trade secrets debacle in Taiwan highlights how easily its designs can be passed to a state-backed chipmaker in China. It could also derail the company's fragile recovery, which was buoyed by stabilizing DRAM and NAND prices over the past year:

Micron expects its revenue to rise just 1% year-over-year in the first quarter of 2021 with a 2% decline in adjusted earnings, due to disruptions from the ongoing pandemic and sanctions against Chinese tech giant Huawei -- which still accounted for 10% of its revenue in the fourth quarter.

Micron is counting on the secular expansion of the 5G, connected auto, and cloud data center markets to boost its long-term growth. However, the rise of Chinese memory chipmakers could disrupt those plans.

Micron's current CEO, Sanjay Mehrotra, doesn't seem as concerned about the Chinese threat as Mark Durcan. Two years ago, Mehrotra told Nikkei that Chinese chipmakers weren't serious threats, since Micron and its peers had developed their memory technologies "over the course of many decades."

Unfortunately, Mehrotra's outlook doesn't seem to account for the theft of those technologies. If Chinese memory chips become more advanced, the Chinese government could cut Micron off from mainland China -- which accounted for 11% of its revenue in fiscal 2020 -- while exporting its cheaper chips to overseas markets to permanently reduce market prices.

The trade secrets case in Taiwan probably won't impact Micron's near-term growth. However, it highlights the long-term threat from Chinese chipmakers and its supply chain's exposure to corporate espionage. Investors should keep track of these developments, especially as the trade war expands into a full-blown tech war.