The memory chipmaker faces unpredictable challenges and an uncertain recovery.

Micron ( MU 0.38% ), one of the world's top memory chipmakers, has been a polarizing investment over the past year. The bulls expect a cyclical rebound in memory prices to stabilize its growth. The bears believe macro headwinds will throttle that demand as it struggles to compete against bigger chipmakers.

Micron's stock has stayed nearly flat this year, and its fourth quarter report in late September didn't meaningfully tilt the scales in either direction. Let's take a fresh look at Micron's tailwinds and headwinds, and see if the stock is worth buying at these levels. 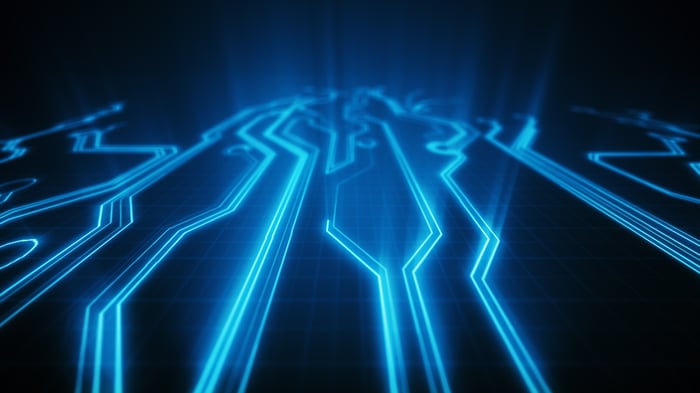 Micron is the world's third largest maker of DRAM chips and fourth largest producer of NAND (flash memory) chips. Samsung leads both markets. But unlike Samsung, which is diversified across other markets, Micron only sells memory chips.

Micron generated 68% of its revenue from DRAM chips in fiscal 2020, another 29% from NAND chips, and the remaining sliver came from other types of memory.

The computer and networking market accounted for the lion's share (42%) of Micron's revenue during the year, followed by the mobile market (27%), the storage market (18%), and the embedded market (13%).

DRAM and NAND prices peaked worldwide in 2018, then declined over the past two years due to a supply glut and sluggish demand for PCs and smartphones. To make matters worse, trade restrictions on Huawei, which accounted for 12% of its revenues in 2019, throttled its orders to the Chinese tech giant.

Those headwinds caused Micron's revenue to decline year over year for six straight quarters before rebounding in the third quarter of 2020. Its revenue growth then accelerated in the fourth quarter as its earnings turned positive again:

Micron attributed the recovery to milder declines in DRAM prices and a sequential rebound in NAND prices, which were supported by four main pillars: accelerating orders for 5G handsets and network deployments, the automotive market's recovery and content share gains in connected cars, booming demand for data center chips amid the high usage of cloud-based services, and pandemic-induced purchases of new PCs.

Micron's accelerating growth strongly suggested it had weathered the COVID-19 crisis and passed a cyclical trough. Unfortunately, Micron's guidance for the first quarter, which calls for just 1% year-over-year revenue growth at the midpoint with a 2% decline in earnings, doused those hopes.

During the conference call, Micron CEO Sanjay Mehrotra attributed that slowdown to the "unprecedented combination of a global pandemic and U.S. restrictions on shipments to Huawei" -- which still accounted for 10% of its revenues in the fourth quarter.

Based on those estimates, Micron's stock initially looks cheap at 14 times forward earnings. However, investors should take analysts' forecasts with a pillar of salt, since a second wave of COVID-19 infections, an escalation of the trade war, and other unpredictable headwinds could disrupt that recovery.

Intel's ( INTC -0.56% ) planned sale of its NAND business to SK Hynix, which would help the South Korean chipmaker jump from fifth place to second place in the NAND market, could also hurt Micron.

Moreover, investors should remember that P/E ratios for cyclical stocks can easily drop to single-digit levels during a slowdown. Micron's P/E ratio remained in the single digits throughout most of 2018 and 2019, and only rebounded to double-digit levels when it seemed the worst was over.

Micron remains the best direct investment on the memory market, since its top peers are either diversified across other markets or inaccessible to U.S. investors. Micron's stock could also rally next year if the pandemic fully passes and the catalysts in the 5G, cloud, PC, and auto markets kick in.

However, I'm not putting too much faith in that best-case scenario, especially with COVID-19 infections and geopolitical tensions still on the rise. In short, I'd avoid Micron and stick with better diversified tech companies for now.