The 5G, cloud, PC, gaming, and auto markets could all help the chipmaker resume its cyclical recovery.

Micron's (MU -1.13%) stock recently dipped after the memory chipmaker posted its fourth-quarter earnings. Its revenue rose 24% year-over-year to $6.06 billion, beating estimates by $170 million, while its adjusted EPS jumped 93% to $1.08 and exceeded expectations by $0.11.

Those headline numbers were impressive, but its first-quarter guidance broadly missed expectations. It expects its revenue to rise 1% year-over-year at the midpoint, and for its earnings to slip 2%. Analysts had expected its revenue and earnings to rise 4% and 42%, respectively. 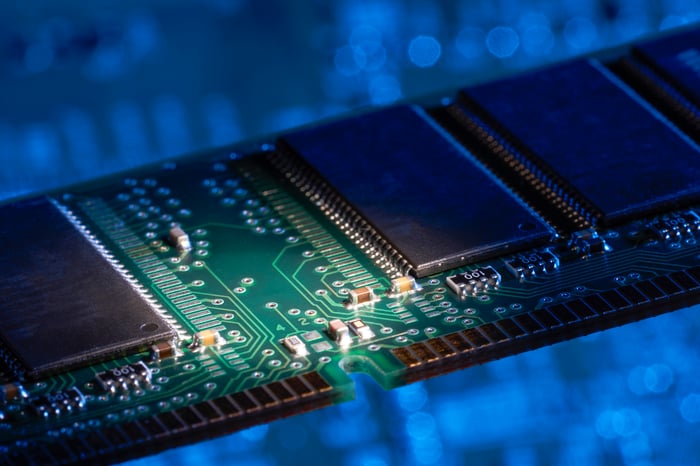 During the conference call, CEO Sanjay Mehrotra attributed the slowdown to the "unprecedented combination of a global pandemic and U.S. restrictions on shipments to Huawei," which still accounted for around 10% of its revenue in the fourth quarter.

Despite those near-term challenges, Micron remains optimistic about its growth prospects for fiscal 2021. Let's discuss five upcoming tailwinds Micron highlighted during the call, and how they could propel its stock higher.

Mehrotra expects upcoming 5G phones to be a "strong driver of growth" in 2021, and for the industry to face easier comparisons to its pandemic-throttled shipments in fiscal 2020. Micron expects global 5G handset volumes to rise from 200 million in 2020 to 500 million in 2021. Moreover, Mehrotra expects 5G phones to require higher-capacity DRAM and NAND chips, which will boost its revenue per device.

Mehrotra believes "Micron is well-positioned to win in the 5G era as a supplier to all the major smartphone manufacturers, with an outstanding portfolio of industry-leading low power DRAM and managed NAND solutions." He notes Micron "achieved a record number of design wins" across the mobile market during the fourth quarter.

Micron is also seeing 5G network deployments, particularly in Asia, boost demand for its DRAM chips. Therefore, the expansion of the 5G market -- which could grow at a compound annual growth rate of 43.9% between 2021 and 2027, according to Grand View Research -- could amplify Micron's recovery in 2021.

Micron reported stronger shipments of DRAM chips to cloud customers throughout the COVID-19 crisis, as the elevated usage of cloud-based services pressured the computing capacity of data centers.

During the call, Mehrotra noted that some trends in the cloud market which "would have taken two years to four years to develop have been accelerated into months and will likely persist into the future." Mehrotra expects sales to the cloud market to remain "healthy" throughout the entire year. 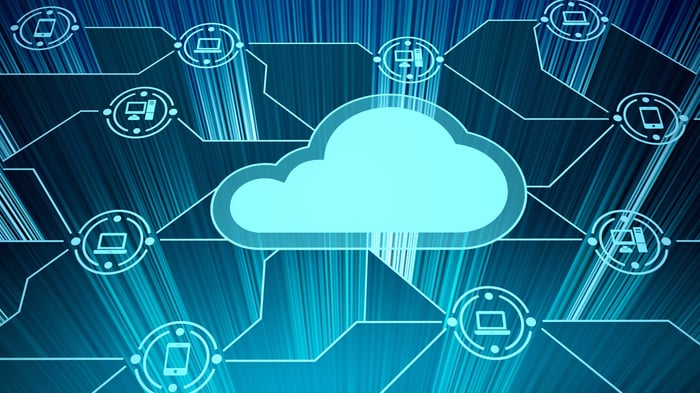 Sales of PCs also surged throughout the pandemic, as more people worked from home or bought new gaming PCs. Mehrotra noted the "work-from-home trend drove strong demand for notebooks" during the fourth quarter, which offset weaker sales of desktops. That growth lifted sales of both its DRAM and NAND chips.

Micron's NAND sales were also buoyed by a higher mix of its QLC NAND chips, which support the production of cheaper and higher-capacity SSDs (solid-state drives). It's also launching new NVMe-based SSDs, which are significantly smaller and faster than traditional SATA SSDs, for high-end PCs.

Mehrotra expects Micron to expand its SSD and NVMe portfolio "over the course of 2020 and 2021" for the consumer and enterprise markets.

Micron benefited from robust sales of gaming consoles in the fourth quarter as people played more games at home. But looking ahead, it expects Microsoft's (MSFT -0.59%) Xbox Series consoles and Sony's (SONY 0.07%) PS5 to boost demand for its next-gen GDDR6 DRAM chips, which are optimized for high-end graphics.

Microsoft and Sony will both launch their new consoles this holiday season, and the crowded preorders suggest the pent-up demand could easily outstrip the supply. Mehrotra expects that market to "drive growth" for Micron throughout fiscal 2021.

Lastly, the COVID-19 crisis shut down most of the auto industry in the second half of fiscal 2020, but Micron saw a "strong recovery" near the end of the fourth quarter and expects sequentially higher sales of automotive chips in the first quarter.

Micron expects both "DRAM and NAND content growth" to continue as a "secular trend" across the automotive market, thanks to more advanced infotainment systems and the rise of semi-autonomous and autonomous vehicles.

Micron's first-quarter guidance likely disappointed investors, who expected sales of its DRAM and NAND chips to accelerate significantly with higher market prices. However, investors who already reined in their expectations throughout the tech war and pandemic probably weren't surprised.

But if we tune out all the near-term noise, we'll realize that Micron is still on the cusp of a cyclical rebound, and the growth of the 5G, cloud, PC, gaming, and auto markets might lift its stock -- which trades at just nine times forward earnings -- to fresh highs in 2021.