Uncertainty surrounded Cirrus Logic (NASDAQ:CRUS) going into its fiscal 2021 second-quarter earnings report, thanks to Apple's (NASDAQ:AAPL) rumored decision to remove included EarPods from the retail box of the new iPhone 12 devices, but the chipmaker has since put those concerns to rest.

The audio-codec specialist issued its Q2 report, crushing Wall Street's estimates by huge margins. It also issued terrific guidance that calls for a huge year-over-year jump in the company's top and bottom lines. That looked unlikely a month ago, as Cirrus relies on Apple for a huge chunk of its revenue and it could have lost big because of the iPhone maker's move of not bundling free earphones. But that hasn't been the case thanks to the initial success of the iPhone 12 series. 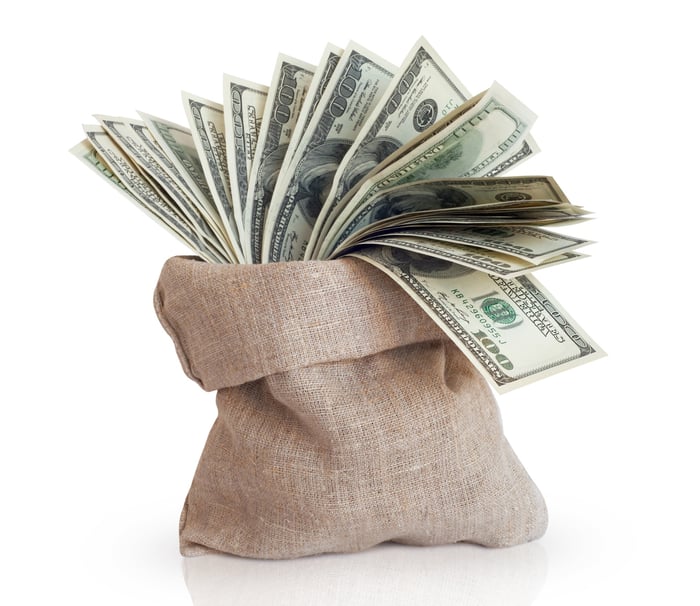 The iPhone 12 has supercharged Cirrus Logic

Cirrus Logic has been hamstrung by weak top- and bottom-line growth of late. Its revenue was down 11% year over year last quarter as Apple wound down the production of its previous generation devices before launching the new ones.

But Cirrus's third-quarter guidance indicates that its reliance on Apple for 82% of the total revenue could pay off handsomely. The chipmaker anticipates revenue between $440 million and $480 million in the fiscal third quarter, the midpoint of which points toward a revenue increase of almost 23% over the prior-year period.

Cirrus clearly laid out the reason why it anticipates such an impressive turnaround in the current quarter in its shareholder letter:

Guidance reflects anticipated shipments of certain components into smartphones as new product launches continue to ramp in the back half of the calendar year. We also anticipate strong demand for components shipping in tablets.

It appears that the delayed launch of Apple's iPhone 12 devices is playing in Cirrus's favor and helped it offer strong guidance. Additionally, there are reports that the company is ramping up chip orders on account of strong demand for its new phones. The strong reception of the new iPhone 12 models has led analysts to increase their build forecasts for the latest devices by substantial numbers.

All of this bodes well for Cirrus Logic, as the company's audio amplifier and codec have been found inside Apple's latest phones, according to iFixit's teardown. So, the chipmaker looks all set to win big from the latest generation of iPhones. But does that make Cirrus stock a buy?

While the iPhone 12 is turning out to be a tailwind for Cirrus Logic, investors should be wary of a few risks before they think of going long. The biggest challenge that Cirrus faces is its reliance on Apple. The company said in its shareholder letter that "our customers can, and frequently do, change individual orders on short notice."

According to Cirrus, such changes can cause "material swings" in its revenue. At the same time, Apple's dominance over the chipmaker's revenue gives the former better bargaining power when negotiating chip orders. So, if Apple wants Cirrus to reduce chip prices or moves away to a different supplier, the chipmaker could be in trouble.

But investors who are willing to overlook that risk could consider going long with Cirrus Logic, as it trades at a reasonable valuation and could be a beneficiary of Apple's iPhone upgrade cycle. The stock's forward price-to-earnings (P/E)  of 23 seems attractive if it can keep up its newly found momentum.

Cirrus hasn't provided any guidance beyond the current quarter, but there are signs that it could be more than just a one-quarter wonder. The new iPhones are equipped with 5G technology and are priced aggressively, a combination that could encourage millions of existing users to upgrade and help Cirrus Logic sell more chips.

Analyst estimates compiled by Yahoo! Finance predict an uptick in Cirrus's bottom-line performance in the future. The company seems capable of achieving that if the iPhone 12 keeps selling like hotcakes and sends Cirrus stock higher, but investors also need to be aware of the risks of investing in this Apple supplier.