Retirees have a bit of a conundrum when looking for investments today. Retirement is a time when your portfolio should skew toward bonds that pay out coupons or low-risk equity investments that pay dividends. Unfortunately, today's remarkably low interest rates have lowered the yield on most safer bonds to almost nothing and has greatly increased the price of many safe dividend stocks. And if you see a stock with a high dividend yield, there's a good chance the payout is in danger and that the stock is far too risky for those in their senior years.

However, for the careful stock picker, there are still attractive dividend growth opportunities out there. Perhaps the best option for retirees today is to look for stocks with a good, if not spectacular, current payout, but with a rock-solid business, favorable growth prospects, and a history of growing that payout over time.

Here are three such options to buy today. 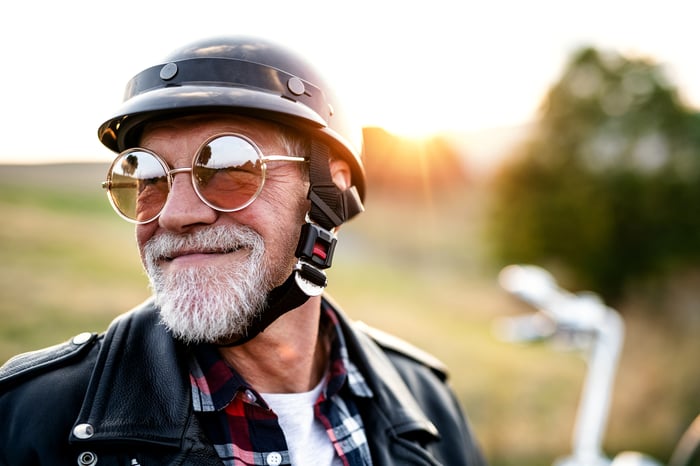 Investment-management giant Blackrock (NYSE:BLK) is the world's largest asset-management firm, with over $7.8 trillion under management as of last quarter. Blackrock currently pays out a solid 2.1% dividend today but has grown that payout by a little over 10% annually over the past five years. Since 2003, Blackrock's dividend has increased a remarkable 36 times over.

Blackrock's sheer scale has afforded it an advantage over rivals, giving both retail investors and institutions a one-stop shop for index funds, iShares exchange traded funds, and active funds across equities, fixed income, and illiquid alternative investments. That scale also allows it to offer some of the lowest management fees around, while the company still makes a whopping 47% operating margin.

The huge trend of index and ETF investing has clearly benefited Blackrock, which was early in offering these low-fee investment options. The company saw $129 billion in net inflows last quarter and $264 billion for the year. Combined with a surging stock market, that's produced impressive growth. Last quarter, Blackrock saw 7% organic growth leading to 18% total revenue growth and earnings-per-share growth of 24%, thanks to investment gains and a lower share count from buybacks.

Any asset manager should theoretically continue growing over time, as the long-term trend of markets is upwards. However, if a company can continue gathering assets on top of that, it should grow well above the market's long-term 8% return. The innovative Blackrock appears to be doing just that, which should keep the dividends flowing higher well into the future.

It's no coincidence that 2.5%-yielding Texas Instruments (NASDAQ:TXN) has survived and thrived for 90 years and counting. The largest-scale and most diversified producer of analog and embedded processors has customers in a wide array of industries, including connected cars, automated factories, and 5G base stations and handsets, just to name a few.

TI's longevity is a result of management's maniacal focus on capital allocation and free cash flow per share. Whether it's deciding which products to produce, which end-market to target, whether or not to invest in its own manufacturing, or to pay out dividends versus share repurchases, the company's focus on this all-important metric -- which it updates for investors in a special presentation every year -- has kept TI thriving for almost a century.

That's especially true of the last two decades. As more and more machines have become smarter and more automated, Texas Instruments' free cash flow has skyrocketed, and its dividend per share along with it. Despite the ongoing trade war and global pandemic, TI still increased its payout by 13% in 2020, the 17th consecutive year of such increases. Remarkably, TI's current $4.06 dividend per share is 45.6 times higher than its dividend in 2004.

While retirees probably shouldn't expect such a drastic increase over the next 17 years, TI's dividend should continue growing for the foreseeable future. Its current leadership in connected cars and automated industrial factories should benefit from increasing chip content per unit, along with the expected economic recovery next year. 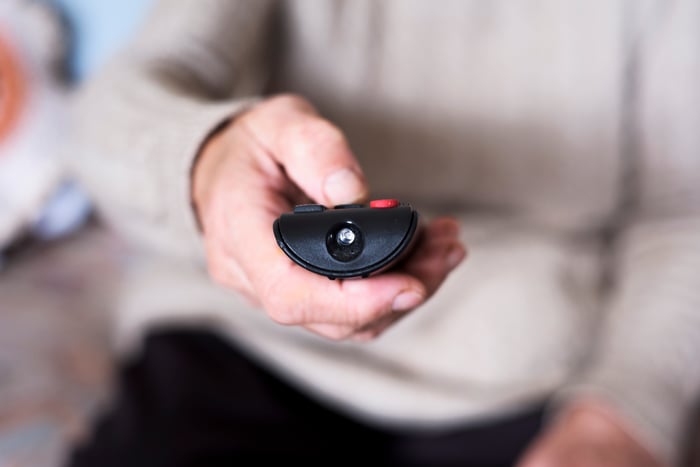 Finally, cable and broadband giant Comcast (NASDAQ:CMCSA) also looks like a solid buy for retirees. The company has an attractive and diverse business model, with "at-home" resiliency in its leading broadband network, along with "recovery" segments. These include the advertising and sports-heavy NBCUniversal, which includes broadcast and cable networks, the Universal Studios movie studio, and Universal Studios theme parks, as well as European cable and content machine Sky Plc. Comcast also trades for a very reasonable 17 times next year's earnings estimates, and its 1.8% dividend has been raised 12 years in a row, at an average rate of 10% per year.

NBCUniversal and Sky were both hurt by the pandemic this year, as advertising revenue slumped and sports leagues were forced to cancel or delay lots of games. Obviously,  theme-park revenue tanked, leading to big losses in that segment. And yet, Comcast's high-speed broadband network, which makes up a majority of profits, chugged right along, with high-speed internet posting double-digit revenue growth and margin expansion, as well.

Although Comcast's video bundle and cable networks are becoming somewhat disrupted by cord-cutting and the rise of streaming, the company is pivoting. This summer, NBC released Peacock, its all-in-one streaming service, with both free ad-supported and paid tiers. Recently, NBCUniversal CEO Jeff Shell said that Peacock is already up to 26 million subscribers, up from 21 million as of the November earnings call and up from zero at launch this summer. According to Shell, those figures are "above where we were in the business plan" -- and this is despite not having the Olympics or many new original productions, which were delayed due to the pandemic.

As the economy opens up, people return to theme parks, and advertising gets back to full speed, Comcast's "recovery" segments are likely to rise next year while its core broadband business holds steady.