Buying and holding an index fund can be a great way to make money in the stock market over time, but it has a few shortcomings. For one, it can be boring, and for another, it requires you to have the time to let the market work its magic over decades. If you're looking to speed up the process by outperforming the market, it's something of an uphill battle. It's not impossible to beat the market, but it does take the right state of mind and knowing where to look to find opportunities.

With these requirements in mind, we asked three successful investors how they would go about trying to beat the market in 2021. Read on to hear their thoughts. 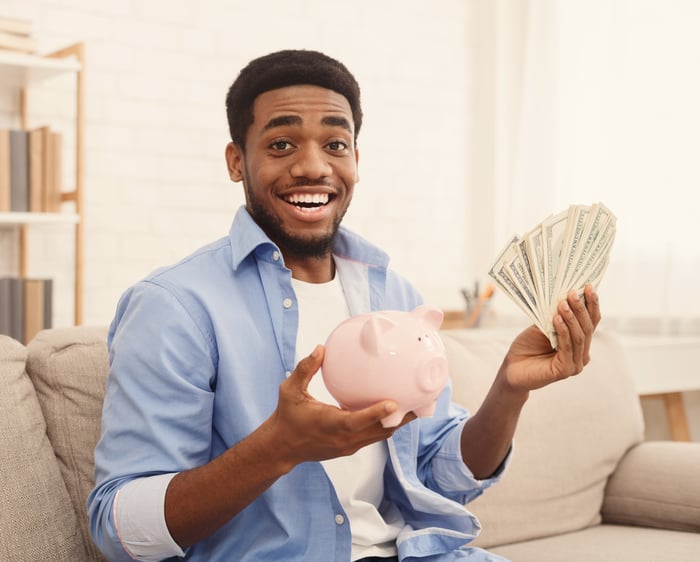 Barbara Eisner Bayer: So you wanna beat the market, eh? That's an enviable goal, and one that's achievable. But in order to accomplish it, you need to avoid one thing -- panic selling. If you pull the trigger when the market has a setback, you'll most likely live to regret it when the market recovers and your stocks begin soaring again.

Unfortunately, accomplishing this feat is easier said than done, and I've learned that the hard way. I've been an investor through four severe market corrections: the tech bubble bursting in 2000, the collapse of the market after the 9/11 attacks, the financial crisis of 2008, and the most recent coronavirus crash. And even though I had promised myself never to sell in times of crisis, I buckled to the pressure in my stomach during the first three of them and sold too many of my holdings. Had I held onto them, my portfolio now would be more than double -- maybe even triple or quadruple -- what it is now.

But during the recent bear market in 2020, I didn't sell -- instead, I bought stocks that were punished for no other reason than investor fear, instead of common sense, was running the markets. This gave me the opportunity to pick up some spicy morsels of stocks I'd been drooling over but that were too richly priced for my taste, like PayPal Holdings (NASDAQ:PYPL), Innovative Industrial Properties (NYSE:IIPR), and Teladoc Health (NYSE:TDOC). All of these companies soared once the bear market was over, leading my portfolio to market-beating returns for 2020.

Here's what to do. First, build a portfolio of stocks you believe will appreciate over the long term due to the individual characteristics that make them potential winners. Second, don't sell your stocks if there's a severe market pullback. Period. Only consider selling your companies if the business fundamentals undergo a permanent and significant change. Third, make a list of companies that you'd like to own but you're unable to buy (either because they're too expensive or you don't have the cash). Fourth, put cash aside so that you can take advantage of opportunities when they occur.

Get ready for a less volatile environment

James Brumley: There's no denying this past year's sizable market gains were largely driven by individual stories. That is to say, some companies like Amazon and PayPal were clearly ready to stand up to the pandemic, or even thrive because of it. At the other end of the spectrum, a bunch of stocks quietly underperformed because their corresponding companies weren't able to overcome the adverse impact of COVID-19. Think Carnival, or energy stocks like Marathon Oil.

Of course, once March's meltdown came to a close it wasn't terribly difficult to figure out which names would be 2020's big winners and losers. That won't be the case this year.

The market's tide should continue to rise this year to be sure. FactSet's current consensus 2021 year-end target for the S&P 500 is 4,027, which is about 8% higher than its current level. This time though, it's going to be tougher to beat the overall market since most -- and the best -- of those all-important individual stock stories have already played out. That's why I'm planning to do at least a little more indexing this year than I did last year, keeping it simple with holdings like the SPDR S&P 500 ETF Trust (NYSEMKT:SPY).

That being said, I'm not giving up on individual stocks altogether in 2021. I'm just changing my stock-picking strategy. Namely, I'm looking to "trade" less and hold more, since reacting to every short-term ebb and flow could do more harm than good.

Right or wrong, this past year rewarded investors willing to step into and out of stocks at a moment's notice. I know several people who bought and sold Tesla several times in 2020, locking in a profit with each of those short-term trades. These sorts of easy opportunities are the exception to the norm, though, and the less volatile market environment on the horizon is one that won't dish out these easy short-term scores. Rather, it's likely to better reward investors who can just sit on their quality stocks and let time do the work for them.

Which stocks are worth holding is a matter still up to individual investors, since every investor has a unique risk tolerance and different goals. As I've mentioned several times though, Walmart (NYSE:WMT) and Verizon Communications (NYSE:VZ) are relatively boring names that somehow keep making their way to my all-around buy lists. They both have something to offer customers, no matter what 2021 may end up throwing at us.

Chuck Saletta: Beating the market is tough to do. Wall Street's best and brightest -- people who get paid big bucks to try to eke out an edge -- fail to do so more often than not. That doesn't make beating the market an impossible task, just one where you need to recognize the challenges you face and the opportunities those challenges bring you, and invest appropriately.

There are three key reasons professional money managers can't often beat the market, despite having access to research and tools as well as the time to put toward watching the market everyday:

Because they manage big sums of money, they often must overlook smaller companies. This is due to the fact that in order to trade enough to make a difference to their portfolio, they may wind up wildly affecting the companies' stock prices. Because they manage people's money who aren't necessarily patient, they can't afford to wait on a trend to play itself out before seeing their returns. And since they have to cover so many additional costs, the hurdles they have to clear are just that much higher.

That combination means that there are two general areas you should go hunting if you're looking to beat the market in 2021: smaller-capitalization companies and value priced stocks. Even the biggest believers in the concept that the market is generally efficient acknowledge that there are often opportunities to be found by patient investors looking in those areas.

Since you're an individual investor not dealing with billions of dollars, you can look where Wall Street isn't, and thus give yourself a chance to outperform where the pros can't even play. Knowing where to look, however, is only the first step. You also have to have the patience to let the market work itself out. That means that even if you're ultimately proven correct in your assessment of the companies you invest in, you can't guarantee when you'll get rewarded for being correct.

As a result, you should recognize that it may take longer than just 2021 for your investments to get a leg up on the market. Don't let the passage of time discourage you; ultimately, if you're proven right, you'll be very glad you bucked the market's trend and invested how and where you did.