Many had suspected that the run-off election in Georgia would go to Republicans, or at least that one of the two seats would. Yet with both Georgia Senate candidates going to the Democrats, Democrats will now have 50 votes in the Senate, with Vice President-elect Kamala Harris as the tie-breaking vote. Importantly, it will also mean Democrats will lead key committees in the Senate.

With several cannabis-related deregulation bills having previously passed the House but stalled in the Senate, cannabis executives and investors had thought there might be some movement on deregulation in the new Congress, but most had thought it would be slow and deliberate, and would stop short of full legalization.

However, the Georgia runoff seems to have changed the calculus. Investors can see that in the actions of several prominent U.S. multi-state operators (MSOs), each of which is now scrambling to raise money to accelerate their growth. 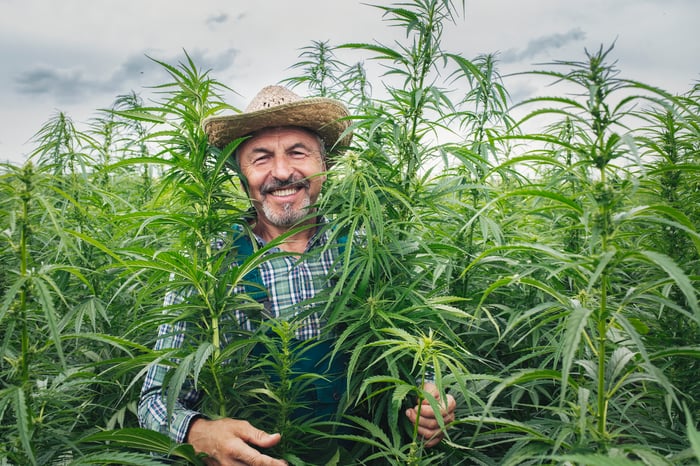 Since Jan. 7, four different U.S. multi-state operators, Trulieve Cannabis (OTC:TCNNF), Jushi Holdings (OTC:JUSHF), TerrAscend (OTC:TRSSF), and Curaleaf (OTC:CURLF), have all either raised money or at least filed a registration to do so.

For its part, Trulieve Cannabis filed a shelf registration to sell up to $750 million of securities, which could be equity shares, debt, or warrants, or perhaps a combination. That's pretty significant, considering Trulieve has a market capitalization around $5.3 billion.

This frenzy of activity happened just over the past week, and each company that raised money made statements declaring that the funds would go toward fortifying balance sheets and potentially mergers and acquisitions. Of note, Curaleaf's was the single-largest post-IPO equity raise in the history of U.S.-based MSOs.

In the current U.S. system, U.S. cannabis companies cannot send product across state lines, so in order to scale, MSOs have to build up their operations within the confines of each individual state in which they operate.

Yet if the Senate takes up not just the SAFE Act banking bill or the STATES Act, but rather the MORE Act, which was recently passed by the House and which legalizes cannabis at the federal level, it could very well open the door to national legalization.

Don't think that will happen? Consider this: A recent poll showed that 51% of Republican voters favor the recent MORE Act that was passed by the House. That's on top of more than two-thirds of all Americans who favor cannabis legalization. And remember, the very red states of Mississippi, Montana, and South Dakota all passed pro-cannabis ballot measures this November.

With committee members in the Senate likely to push legislation through to a floor vote, it is very possible to get a Senate majority, which could only be stopped by a filibuster.

If the government opens the floodgates, so to speak, then expect a very aggressive expansion on the part of U.S. MSOs. That will come either through organic or inorganic expansion, as they seek not just state-level but national scale.

While state-level MSOs have been somewhat protected by local licensing rules that favor early movers, it will be interesting to see what types competitive advantages cannabis companies can establish at the national level if and when legalization is passed.