Virgin Galactic (SPCE -0.46%) stock rocketed in early trading Monday, flying to an impressive 13% gain at first -- and then losing it all.

Shares of the space-tourism pioneer actually nosedived to a 6% loss at one point this morning, before recovering. As of 11:20 a.m. EST, the stock is once again on the upswing, notching a 3.5% gain -- but still gyrating wildly. 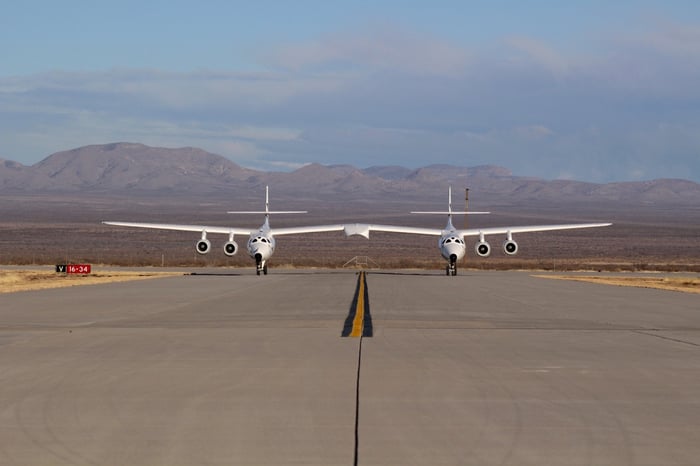 What news is driving Virgin Galactic stock today, and why can't investors make up their minds whether it's good news or bad?

Here's the thing: Investors have been waiting for months to see Virgin Galactic wrap up its flight-test schedule, move ahead to letting its founder and CEO take a test flight up to space and back, and then open its space-tourism flights to the general public -- at which point, Virgin Galactic can begin collecting revenue and maybe even make a profit.

Last week, the company announced back-to-back successful test flights, and that probably ginned up some enthusiasm among investors. But here's the other thing: Both of those test flights were of the company's VMS Eve "mothership" aircraft -- the one that carries the VSS Unity spaceplane that will go to space -- and not test flights of the spaceplane itself.

Investors really want to see successful test flights of the spaceplane. After all, we already know that the mothership flies just fine, as it's done so multiple times. It was Virgin's spaceplane that failed its flight test in December, and that's the news that investors are really waiting for -- a successful trip to space and back by VSS Unity, flying out of its new home spaceport.