What's the reason for the ruckus? "Market volatility" is the easiest answer -- and there's certainly been enough of that happening lately! But in the 3D printing sector in particular, there's also some actual news of note today. 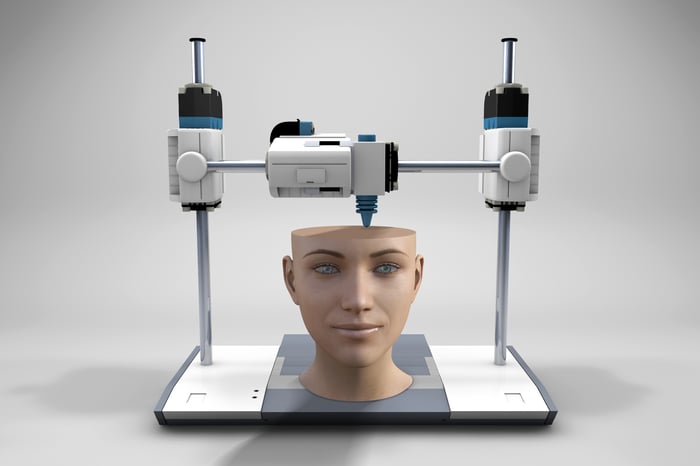 3D Systems is really "ahead" of the curve in additive manufacturing. Image source: Getty Images.

That's right, folks. 3D is in the body parts-printing business now. From industrial roots, it's basically evolved into a biotech stock.

Going forward, it's hard to say precisely how this will play out. Even 3D Systems admits that this is only a "nascent industry." It remains to be seen whether a rival like Stratasys can imitate 3D's success -- or what role a prototype like Proto Labs might play. But as for 3D Systems itself, the company says its "Print to Perfusion" process is capable of 3D printing "full size, vascularized, rapid, micron-level scaffolds on which to perfuse living human cells to grow functioning human organs. The company further believes that the ability to grow organs artificially in this manner has "the potential to enable novel laboratory testing methods to accelerate the development of new drug therapies while reducing the need for animal testing."

In a masterful example of understatement, 3D Systems calls its new ability to help grow human organs with a 3D printer "an exciting growth driver for our healthcare business."