Please ensure Javascript is enabled for purposes of website accessibility
Log In Help Join The Motley Fool
Free Article Join Over 1 Million Premium Members And Get More In-Depth Stock Guidance and Research
By Alex Carchidi - Jan 28, 2021 at 6:55AM

Its earnings report and upcoming merger mean that there's a lot to talk about.

If you've ever been interested in marijuana stocks, you've definitely heard of Aphria (APHA). Between its latest earnings report, its intrepid entry into the U.S. craft beer market with its acquisition of Sweetwater Brewing Company late last year, and its ongoing plans to merge with Tilray (TLRY), there's a lot for investors to discuss.

In short, Aphria will become a different company before the end of 2021, and its appeal to investors will change dramatically as a result. But the jury is still out regarding whether the company's issues will be addressed by these upcoming transformative changes. Let's unpack the latest goings-on to get a better idea of whether the stock might be worth a purchase in the future. 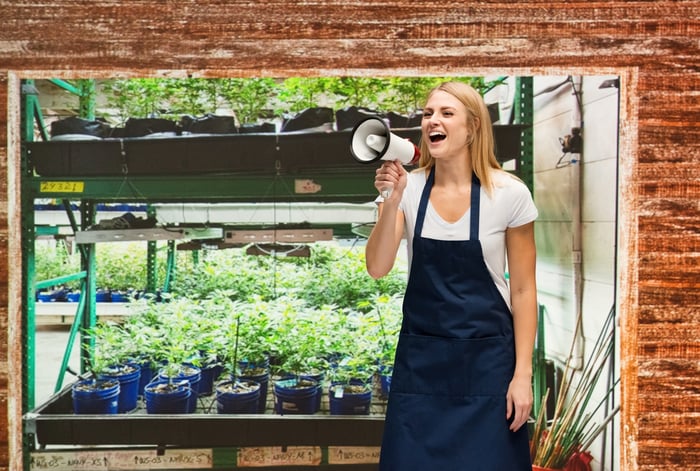 Unfortunately for its evangelists, Aphria's most recent quarterly earnings report for the period ending Nov. 30 was a mixed bag with several warning signs to keep a close eye on.

Its quarterly revenues grew by 33.1% year over year, and more than 10% compared to the previous quarter. That's noteworthy growth, but its gross profit dropped by 47.5% in the same period. Management attributes the slip to changes in the fair value of its cannabis stored in the inventory. Investors have heard that line before, as it's a common refrain among other companies in the cannabis industry. So, while the drop in gross profit appears frightening, it's a fluctuation that's an unfortunate part of business as usual, not a flashing red light on the company's dashboard.

On a separate note, the company's adjusted gross margin on cannabis also decreased slightly. The reason for this is that Aphria liquidated some of its cannabis inventory at below cost while downscaling the production capacity of one of its cultivation facilities. That's bad news, because it suggests that Aphria is slipping further from reaching consistent profitability even while reducing its output to match demand. Similarly, its gross margin on cannabis distribution eroded by a small amount. There is a silver lining to these clouds, though: Its cultivation cost per gram of cannabis decreased from $0.87 to $0.79 in the most recent quarter, so some of its key financial metrics are still trending in the right direction.

Continuing with the brighter side, Aphria also reported its first income from alcoholic beverage sales in the U.S. While it only brought in CA $880,000, the segment is already helping to shore up the company's earnings. Investors will need to wait until next quarter to see how much growth to expect from the alcoholic beverage segment moving forward.

Will the merger with Tilray cause the stock to soar?

Perhaps the largest reason to be talking about Aphria is the fact that its planned merger with Tilray is looming closer and closer. The deal should be wrapped up sometime in the second quarter of this year, assuming that the companies get the green light from regulators.

Aphria's shareholders will get .83 shares of Tilray for each of their holdings, and the entire transaction will be a stock-for-stock combination. When everything is done, the new entity will be the largest cannabis company in North America, with revenue in excess of CAD $870 million. But it won't be in the black right away, as neither of the two constituents are anywhere near profitable right now.

Management has touted Aphria's growing earnings before interest, taxation, depreciation, and amortization (EBITDA) as one of the drivers of the new entity's growth for shareholders. Even with the predicted $78 million in pre-tax annual cost synergies from the merger, the company will still need to make significant progress if it wants to wow investors. 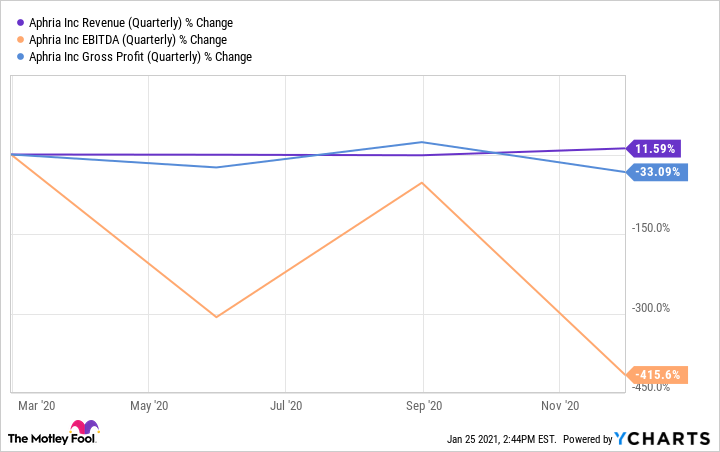 I think that Aphria and Tilray are going to become the apex competitor in the marijuana industry over the next few years. But if you're considering starting a new position in Aphria, you should probably wait until after it completes its merger with Tilray. In fact, I'd go as far as to say that you should hold off until the post-merger Tilray has reported a quarter or two of earnings that reflect continued EBITDA growth. In other words, make sure that management's promises about cost synergies start to become reality before buying the stock.