The results have left me second-guessing my own investment.

Much to the chagrin of Aphria's (APHA) shareholders -- including yours truly -- Monday morning's third-quarter earnings report was chock-full of not-so-great news. Mere months ahead of its planned merger with Tilray (TLRY), the Canadian cannabis company is still struggling to show the market that its core business initiatives are sound.

For those considering a purchase of Aphria before the merger closes, the update has several stark warnings that shouldn't be ignored. But, there are (thankfully) a couple of silver linings to be found. Let's take a closer look and evaluate the merit of the stock moving forward. 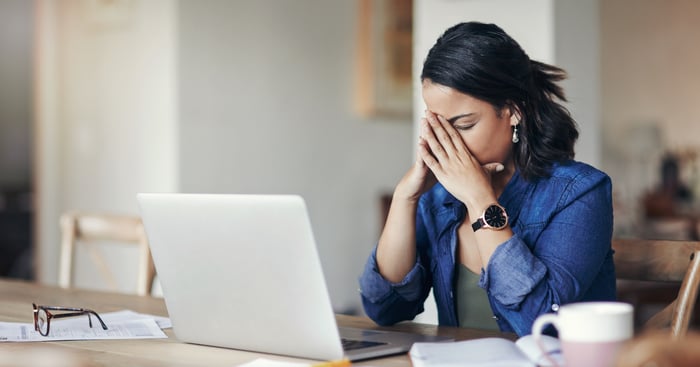 One of the biggest warning signs disclosed in the report is that Aphria's revenue is facing a strong headwind precisely as investors are counting on it to grow. Net revenue from sales of cannabis dropped by 7.8% year over year and nearly 24% from the prior quarter. The sharpness of this dip is likely a result of pandemic restrictions in Canada and Germany, which should ebb in due time. On the bright side, the company's total net revenue increased by 6.4% year over year, reaching CA$153.6 million. That suggests its recent acquisition of SweetWater Brewing, an American craft brewing company, is helping to buoy its top line.

Margins are falling instead of growing

Aphria has spent the year working to make its operations more efficient in order to reach profitability, which has eluded it so far. Unfortunately, it looks like there's still a lot of work to do. The adjusted gross margin for cannabis fell from 42.7% in the third quarter of last year to 39.2% in the same period of 2021. And keep in mind, that's the adjusted figure, which is an accounting compensation of the actual margin so that it is scaled to fluctuations in the market price of cannabis. Reaching profitability without the use of non-standard accounting metrics is still a distant objective.

It also appears as though some of the contracting margin problems are at least partially a result of rising cultivation costs. The cash cost to produce a gram of dried cannabis flower increased from CA$0.79 in the prior quarter to CA$0.90, which also drove a rise in the cost of goods sold per gram.

As though that weren't bad enough, the company's average selling price per gram of cannabis also took a tumble. For adult-use marijuana, it commanded a price of around CA$3.82 per gram, down from Q2's figure of $4.82. Medicinal-use products dipped in price, too. These drops mean that the company's focus on minting and selling high-value products may not be as effective as management had hoped, at least for the time being.

Between a drop in net cannabis revenue, rising costs of production, and falling average selling prices, it's no surprise that Aphria ate a staggering net loss of nearly CA$361 million last quarter. What is surprising is the scale of the downward swing. In the same quarter last year, it reported net income of CA$5.7 million. This one unexpected shock is likely why both Aphria and Tilray's stocks are tanking. It's also why I'm starting to suspect that my investment thesis for the stock is becoming less tenable. My expectation was that Aphria would continue to make fruitful production efficiency and selling price improvements over time. 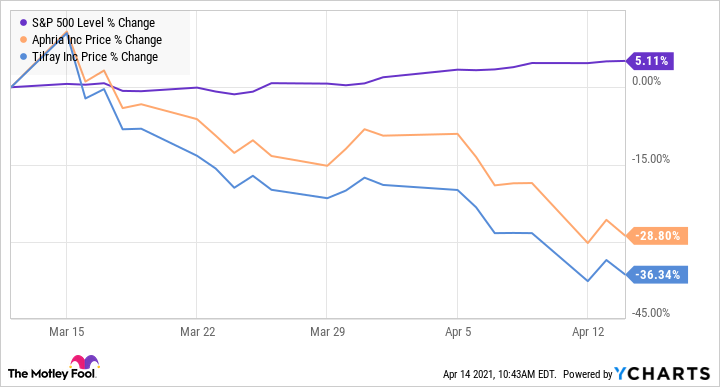 Aside from the dreadful items I've discussed above, the earnings report wasn't all bad. Despite its troubles, Aphria managed to maintain its two-years-and-running streak of positive adjusted earnings before interest, taxes, depreciation, and amortization (EBITDA). Plus, its market share in Quebec expanded, making it the second-largest competitor there. Finally, the merger with Tilray is still on track, depending on a vote by shareholders on April 14.

Moving forward, even after the merger with Tilray, the company will need to work hard on improving its margin for cannabis, not to mention returning to regular net revenue growth. But there are preliminary signs that the SweetWater purchase could be a winner in the long term, which should give shareholders a bit of solace.