General Motors (GM -2.19%) said that it will temporarily idle three factories and run a fourth at half speed amid a growing global shortage of semiconductor chips critical to the auto industry.

GM joins a growing list of global automakers that have been forced to reduce production because of a shortage of key chips, a result of increased global demand for higher-end personal computers amid the COVID-19 pandemic. Volkswagen (VWAGY -2.47%), Ford Motor Company (F -3.20%), Toyota Motor (TM -0.47%), and Stellantis (STLA -1.79%) are among the automakers that have had to reduce production in recent weeks.

GM said that it will idle assembly plants in Fairfax, Kansas; Ingersoll, Ontario; and San Luis Potosí in Mexico for at least one week starting next Monday, Feb. 8. A fourth factory, in Bupyeong, South Korea, will run at half capacity starting next week. 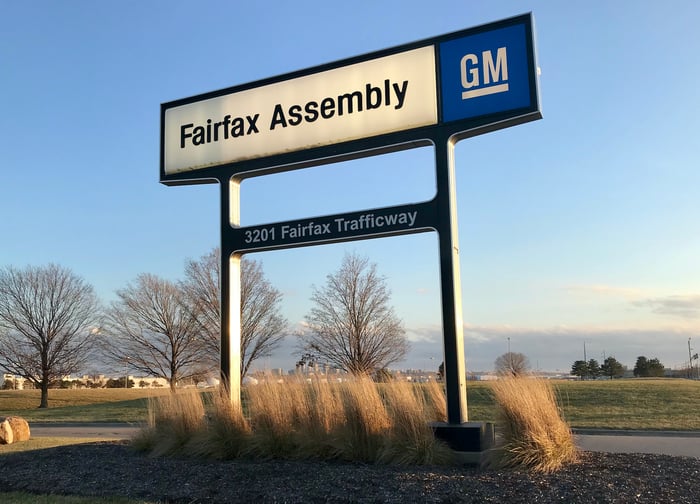 GM's assembly plant in Fairfax, Kansas is one of three GM factories that will be idled for at least a week amid the chip shortage. A fourth, in Korea, will run at half speed. Image source: General Motors.

Analysts at AutoForecast Solutions, which tracks auto production, estimate that GM will lose production of about 10,000 vehicles per week with these temporary closures. The vehicles affected include the Chevrolet Malibu sedan, Cadillac XT4 crossover, Chevrolet Equinox and Trax SUVs, the GMC Terrain, and the small Buick Encore crossover.

The plant closings will not affect production of GM's most in-demand products, including its full-size pickups and SUVs, and the Chevrolet Corvette sports car, the company said. GM said that it will aim to keep production of those vehicles running at full speed, while reducing production elsewhere. The company intends to make up as much of the lost production as it can once the chip shortage abates.

GM said that it will provide weekly updates on the status of its plants. The company will provide more details when it reports fourth-quarter and full-year 2020 earnings on Feb. 10.