Shares of Genfit (GNFT -0.28%) were skyrocketing 25% higher at 11:58 a.m. EST on Wednesday. The big jump came after the company announced positive results from a phase 2 study evaluating elafibranor in treating primary biliary cholangitis (PBC), an autoimmune disease that causes scarring of bile ducts in the liver.

Genfit's phase 2 results, published in the Journal of Hepatology, showed that elafibranor achieved the study's primary endpoint of alkaline phosphatase (ALP) reduction in patients with PBC who previously took ursodeoxycholic acid (UDCA) for their condition. ALP levels are a key measure in determining the severity of liver disease. The data also indicated that elafibranor was generally well tolerated. 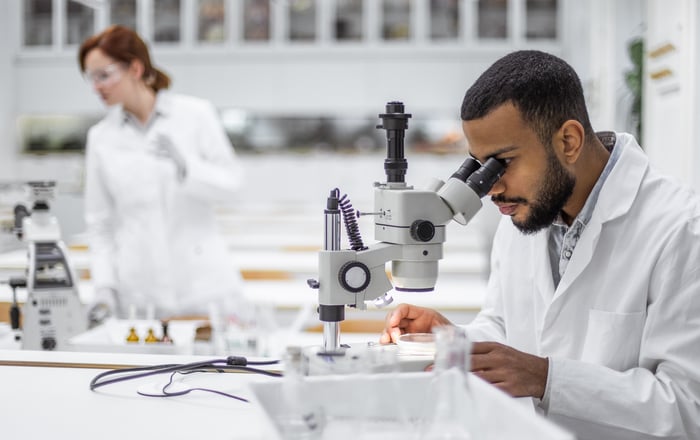 While there are approved PBC therapies on the market (including UDCA), many patients don't benefit much from these existing drugs. Genfit's latest clinical results could increase the chances that elafibranor could become another important treatment for PBC.

The drugmaker kicked off a pivotal phase 3 study of elafibranor in treating PBC in September 2020. Genfit chief medical officer Carol Addy said that the results announced today "confirm the rationale of evaluating our compound in this disease [PBC] in a pivotal Phase 3 trial."

It might be a while before the biotech stock enjoys another catalyst related to the PBC indication. Genefit doesn't expect to report top-line data from its pivotal late-stage study of elafibranor as a second-line treatment for PBC until the first quarter of 2023.

Why Genfit Is Cratering Today

Can This NASH Stock Really Double Your Money?