Genfit, Changyou, and Children's Place aren't turning heads on Wall Street quite yet, but that could change very soon.

Wall Street certainly doesn't have a monopoly on good investing ideas. Some of the best-performing stocks of all time went largely unnoticed by top hedge funds and institutional investors during their formative years.

Armed with this insight, we turned to three of our Motley Fool contributors to get their take on which under-the-radar stocks might be worth buying right now. They suggested Genfit (GNFT 4.32%), Changyou (CYOU), and Children's Place (PLCE 7.18%). Read on to learn more about these lesser known growth plays. 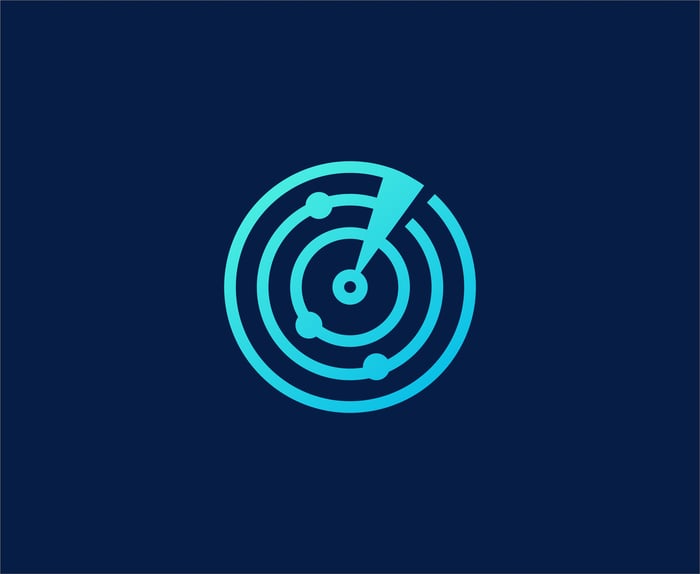 George Budwell (Genfit): Nonalcoholic steatohepatitis (NASH) is one of the hottest areas of biomedical research right now. The simple reason is that NASH is close to eclipsing hepatitis C as the leading cause of liver transplants in the world, yet there are no approved treatments for this devastating disease in either the U.S. or the EU right now. The first-generation of NASH treatments are thus expected to generate well over $20 billion in annual sales by 2025.

Even so, NASH's enormous commercial potential remains largely academic at this point. The leaders in the NASH race -- Gilead Sciences and Intercept Pharmaceuticals -- both released underwhelming data for their late-stage clinical candidates earlier this year.

However, France's Genfit thinks it can solve this riddle and perhaps become the first company to bring a game-changing NASH drug to market. Turning to the details, the company is slated to release top-line data for its late-stage NASH candidate, elafibranor, by the end of this year.

The company decided to bring its act to the U.S. via an IPO on the Nasdaq last Wednesday. By doing so, it hopes to forge closer ties with American investors and to raise the necessary capital to build out a sales team ahead of elafibranor's commercial debut.

Is this newly minted IPO worth buying? If elafibranor can break through in NASH, Genfit should be a tremendous growth vehicle for early investors. The counterpoint, though, is that NASH is already proving to be a tough nut to crack. As such, early bird investors will definitely want to carefully mull over the company's risk-to-reward ratio before buying shares at this stage.

Check out the latest earnings call transcripts for Changyou, Children's Place, and other companies we cover.

Keith Noonan (Changyou): Changyou isn't a name that tends to pop up much in the video game investing conversation. Most Americans won't be familiar with the Chinese developer's online role-playing games, but the business and the stock are worth keeping an eye on for investors seeking cheap growth plays.

The company has a market capitalization of roughly $1 billion, is a spun-off subsidiary of search company Sohu, and develops games that are published in a partnership with Tencent. Shares are valued at roughly 8.5 times the year's expected earnings -- a valuation that suggests big return potential and limited downside risk.

Changyou might not be the super value play that it was when the stock was trading at 0.9 times book value last September, but it still looks cheap in relation to its upside. Investors should just proceed with the understanding that there's not a lot of visibility on how its next titles will perform -- and that they will factor largely into future performance.

The company's core business revolves around the franchise Tian Long Ba Bu (TLBB) -- a multiplayer online role-playing series that has the approval of the Chinese government. But player engagement for legacy titles in the series has dropped, causing sales and earnings to fall as well. However, with key franchise entry TLBB Mobile delivering revenue that grew sequentially last quarter, it looks like Changyou's business could be stabilizing. Even more intriguing, its upcoming games could re-energize the company's growth engine.

Changyou has a slew of new titles in the works, and its CEO says he thinks that the business is in good position to launch new blockbusters. These games have yet to be revealed, and little is known about the upcoming lineup, but that's some of the most ambitious language shareholders have heard from management in years. With a business that's solidly profitable despite recent struggles. and the potential to bounce back with new hit games, Changyou stock is a worthwhile play in China's gaming market.

Jeremy Bowman (Children's Place): Retail stocks have fallen out of favor with Wall Street, and many have been left trading at single-digit P/E valuations as a result of the "retail apocalypse." That's doubly true for Children's Place, the children's apparel retailer, whose shares have tumbled in recent months. The stock is covered by just a handful of Wall Street analysts and gets little coverage by the financial media.

Shares are down about 40% from their peak last fall as its results have taken a dive, but there's a good reason for that. Gymboree, its closest rival, said it would close all 800 or so of its stores, 70% of which overlap with Children's Place locations. As a result, Children's Place profits sunk in the fourth quarter, and the company issued disappointing guidance for the year, calling for a surprise bottom-line loss in the first quarter as Gymboree is set to liquidate all of its stores during the period.

However, the worst of that liquidation may have already passed. Children's Place last week raised its quarterly dividend 12% to $0.56, good for a 2.4% yield, and touted its confidence in its strategic initiatives. With the company already having dumped the bad news related to the Gymboree liquidation, the stock may have already hit a bottom as shares are up 9% since it raised its dividend.

Once Gymboree's liquidation passes, Children's Place should be in a stronger position, ready to return to steady growth, and it even acquired Gymboree's intellectual property, giving it another avenue for growth. We won't hear about Children's Place's first quarter until May, but there's a good chance the stock recovers more of its recent losses as it puts the Gymboree liquidation in the rearview mirror.