Please ensure Javascript is enabled for purposes of website accessibility
Log In Help Join The Motley Fool
Free Article Join Over 1 Million Premium Members And Get More In-Depth Stock Guidance and Research
By Rich Smith - Feb 25, 2021 at 11:28AM

The underwater robotics specialist was supposed to lose money, but it earned a profit instead (sort of). 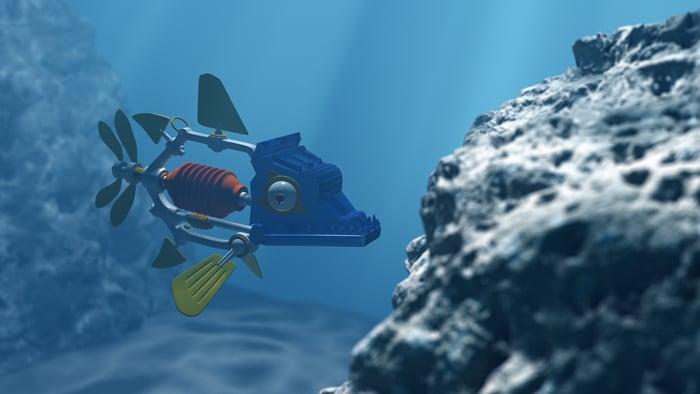 That's a pretty big beat, even if Oceaneering did "miss" slightly on revenue (doing $424.3 million in business during the quarter, instead of analysts' hoped-for $425 million). And yet, the news wasn't unqualifiedly good.

Sales for the fiscal fourth quarter declined 24% year over year, and total sales for the year declined 11%. When calculated according to generally accepted accounting principles (GAAP), Oceaneering's Q4 profit was actually a loss -- $0.25 per share -- and it lost $5.01 per share for the full year.

Another plus for the company: Q4's free cash flow was good enough that it wiped out cash burn from all three preceding quarters. For the whole year, Oceaneering generated $76 million in cash profit.

And Oceaneering says it will do it again in 2021. "Our priority continues to be generating cash," said the company. And guiding investors on what, specifically, to expect in 2021, management said it will "yield positive free cash flow in excess of the amount generated in 2020" this year, with positive operating profits. Revenue will be "relatively flat" -- which is at least better than down again -- assuming "no significant incremental COVID-19 impacts and generally stable oil and gas prices."

Simply put, after a long descent, Oceaneering seems to have finally found the ocean floor -- and it's ready to ascend again.

Why Shares in Subsea Robotics Company Oceaneering Slumped This Week

Why Shares of Oceaneering International Soared Nearly 40% in February