What Does 'Cash Is King' Mean?

A look at the importance of having a cash cushion. 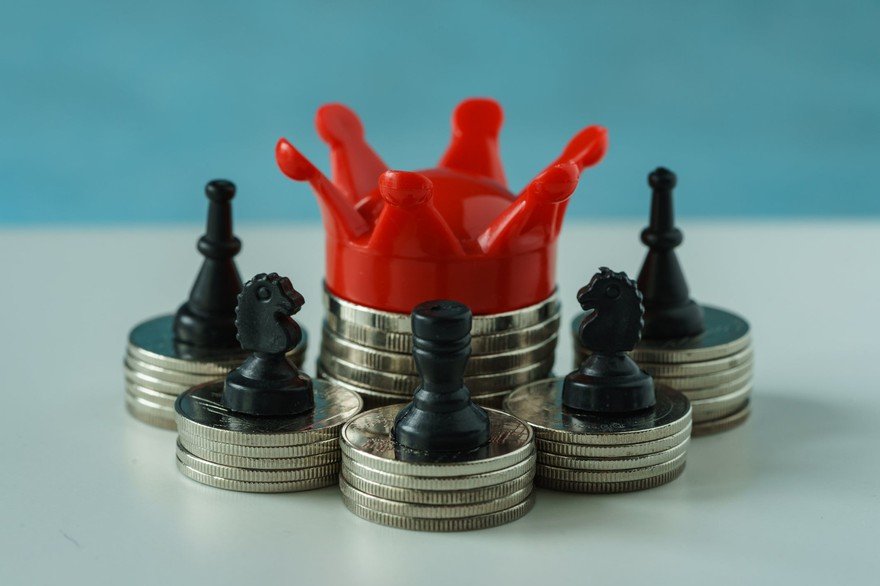 One of the most valuable assets to have during a time of uncertainty is cash. Balance sheet cash can be a lifeline to a business during a financial crisis when other forms of funding dry up. Meanwhile, having an ample emergency fund can sustain a household during an unexpected job loss or health crisis. Finally, investors will be happy to have some cash in their investment portfolios during a stock market crash. It will give them the funds to buy stocks or other assets during the decline. Because of how precious cash can be during times of financial stress, many have said that cash is king.

The phrase means that having liquid funds available can be vital because of the flexibility it provides during a crisis. While cash investments -- such as a money market fund, savings account, or bank CD -- don't often yield much, having cash on hand can be invaluable in times of financial uncertainty.

Cash is a low-yield investment compared to other options such as bonds and high-yield dividend stocks. Because of that, there's a lot of debate about how much cash to hold. Here's a breakdown of some general rules of thumb for how much cash a household, investor, and business should have on hand.

Most financial experts suggest households have three to six months of living expenses set aside in an emergency fund. This cash should be separate from the checking account. The best places to hold this money are a high-yield savings account, money market account, or bank CDs. You don't want to put your emergency cash in an illiquid investment or one that could lose money, as in shares of a stock.

People with a stable job and good health can opt for having less cash in their emergency fund. Those with less predictable income, such as freelancers, might want to consider having even more cash on hand.

There's some debate about how much cash to keep in a brokerage account. Generally, most investors prefer to have at least 5% of their portfolio in cash to take advantage of buying opportunities. Others would argue that you should keep between 10% and 20% in cash as a hedge and for buying opportunities.

Younger investors who steadily deposit new funds might not want to hold much cash. But a retiree who relies on a portfolio to meet expenses might want to hold enough cash to cover spending for several months so they won't need to sell shares at lower prices during a market sell-off. Personal preference and peace of mind also play a role here. Some investors might want to keep more cash on hand as a cushion in case of a market meltdown.

For companies, the amount of cash they should hold depends on their industry's cyclicality, the overall strength of their balance sheet, and their funding needs. However, it's often prudent to hold enough cash to cover three to six months of operating expenses. That can help with cash flow management if the business cycle unexpectedly changes.

Companies in highly cyclical industries with weak balance sheets and large capital spending programs should carry more cash than those in stable sectors with strong balance sheets and limited capital needs. Cash also gives these companies the flexibility to make acquisitions or other investments during periods of market turmoil. Investors need to keep those things in mind when analyzing a company's financial statements.

The cons of having too much cash

Some would say you can never have too much cash. However, there are some drawbacks to having a lot of cash sitting in the bank. These include:

Due to these drawbacks, it's important to strike a balance. Individuals and businesses need to have enough cash on hand to meet their financial obligations during a cash flow crunch. However, they also must consider the cost of having too much of it.

For these companies, cash remains king

Even though having too much cash can be a bad thing, that hasn't stopped several large corporations from holding enormous amounts of cash. For example, tech giant Apple (NASDAQ:AAPL) had $62 billion in cash in late 2021 and another $127.9 billion in liquid securities. That's enough cash to run a small country. Apple also generates about $100 billion in annual cash flow.

Companies often keep extra cash on hand because they don't have a better use for it at the moment. Reasons a company might hold extra cash include:

How to Pick a Stock

Becoming a good stock-picker takes time and talent. We show you the way.

Having cash can prove to be invaluable

When the going gets tough, cash can be a treasured asset. Cash gives businesses, investors, and individuals the financial flexibility to get through tough times and potentially take advantage of opportunities. While there are disadvantages to holding too much of it, cash deserves the royal treatment it receives -- and there will always be a time when it's a precious thing to have on hand.