Please ensure Javascript is enabled for purposes of website accessibility
Log In Help Join The Motley Fool
Free Article Join Over 1 Million Premium Members And Get More In-Depth Stock Guidance and Research
By Demitri Kalogeropoulos - Mar 9, 2021 at 9:40AM

Shares pulled back after shooting higher during the initial public offering in January.

Petco Health & Wellness (WOOF 1.32%) shareholders lost ground to a rising market last month. Shares of the pet supplies retailer fell 23% in February compared to a 2.6% gain in the S&P 500, according to data provided by S&P Global Market Intelligence.

The decline put the stock, which began trading after its IPO in mid-January, in negative territory, down over 30% since that time. 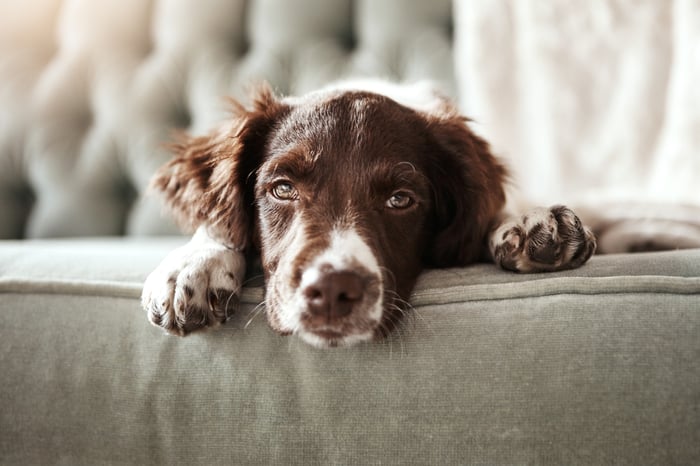 Petco didn't release any operating updates, but pullbacks like February's decline should be expected for a new company that hasn't yet established a firm valuation. Expectations were high when the company began trading in January, and it's natural for shareholders to have to endure volatility following a successful IPO.

Petco has a potentially huge market it can serve, and the company is also making progress at reducing its debt burden. But shares will remain volatile until management can show an ability to generate positive shareholder returns. The executive team's next opportunity to do that is coming up in just a few days. On March 18, Petco will announce fiscal fourth-quarter results in a report that could set the tone for the rest of the retailer's year.