Please ensure Javascript is enabled for purposes of website accessibility
Log In Help Join The Motley Fool
Free Article Join Over 1 Million Premium Members And Get More In-Depth Stock Guidance and Research
By Lawrence Rothman, CFA - Jan 27, 2021 at 9:30AM

Shares of Petco Health and Wellness soared after the company went public this month, but what are its long-term prospects?

The stock market has already seen several well-received IPOs this year -- among them, Petco Health and Wellness Company (WOOF -9.90%). On Jan. 13, the company priced its offering of 48 million Class A shares at $18 per share, higher than the $14 to $17 range it had provided in previous regulatory filings. Following its launch the next day, the stock jumped, briefly reaching $31, and has since been trading largely in the neighborhood of $26 to $27.50.

Given the level of investor interest in Petco, it is time to do a thorough examination to make sure there is substance, and that it's not all fluff. 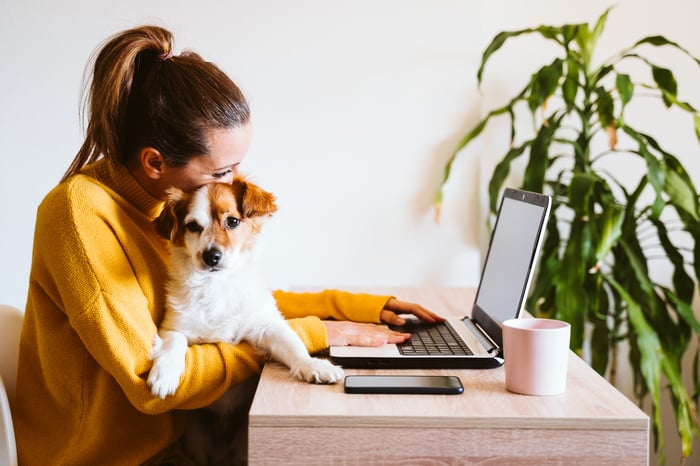 After CVC Capital and the Canada Pension Plan Investment Board purchased Petco in 2016, they set some changes in motion. Although the company has been around for more than 55 years, new management has been transforming it over the last three years. They broadened its offerings beyond pet supplies and food, adopting a more comprehensive approach that added veterinarian services, pet insurance, grooming, and training. They also pushed omnichannel initiatives to allow customers to shop online with various options for picking up orders at stores or having them delivered to their homes.

Management isn't done. Now, it's focusing on subscription services such as Petco Vital Care, which offers preferred access to the company's services for an annual fee, and PupBox, a service through which the owners of young dogs receive monthly shipments of premium food, treats, and toys customized to the needs of their growing puppies.

If you are a pet owner or know one, you'll have likely noticed that many people these days treat them more and more like members of the family. That means that even when their finances get strained, they're less likely to cut back on spending on their dogs and cats, particularly when it comes to their health.

Petco management cited industry data showing that the industry has grown by 5% annually since 2008. However, during the last decade's recession, it rose by 6% per year from 2008 to 2010. And during the pandemic, people have been adopting new pets for companionship at an increased clip.

Certainly, this bodes well for Petco, particularly as it expands into areas such as veterinary care.

Petco's management has also been cleaning up its balance sheet, which is nice to see. And the company is using some of the more than $800 million in proceeds from the IPO to retire debt. Its adjusted debt was $1.8 billion compared to $3.3 billion at the end of the third quarter.

Reducing leverage lowers the company's financial risk, which is a good thing for shareholders.

With a strategy that is showing promising results, an engaged and loyal customer base, and improved technology, Petco offers promising prospects. No wonder its share price soared after its IPO.