Please ensure Javascript is enabled for purposes of website accessibility
Log In Help Join The Motley Fool
Free Article Join Over 1 Million Premium Members And Get More In-Depth Stock Guidance and Research
By Rich Duprey - Mar 10, 2021 at 7:27AM

The industry may fail to bounce back until demand returns, which could be a very long time from now.

Las Vegas casinos are looking forward to capacity constraints being eased on March 15, which will allow them to operate at 50% capacity versus the current 35% ceiling.

Yet with more people allowed in, will the resorts even be able to reach those limits? Were they even bumping up against the lower limitations? Until demand returns, which could be a very long time from now, there just may be too many casinos in Las Vegas. 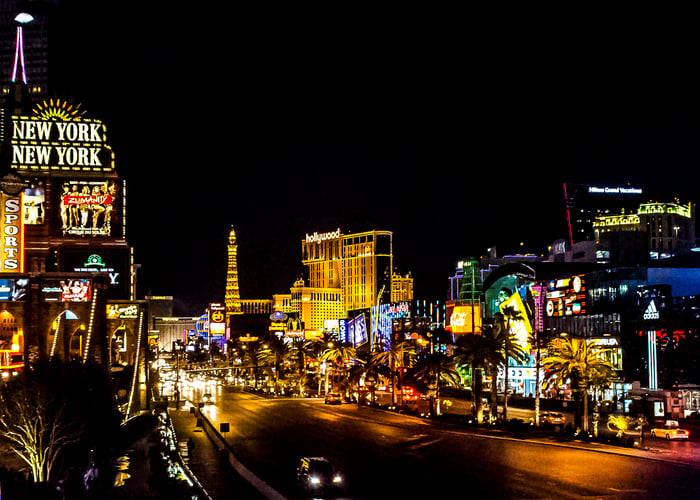 There are around 30 casinos on the Las Vegas Strip, about two dozen more nearby (such as on Fremont Street), and dozens more elsewhere. Yet with so many gambling halls available and so few people to fill them, casino operators could delay their recovery by continuing to operate them all. Perhaps the new normal for Vegas should be fewer casinos.

Las Vegas Sands (NYSE: LVS) certainly thinks having even one in Vegas is too many: It just agreed to sell all of its properties in the city. The Venetian, Palazzo, and the Sands Expo and Convention Center were sold to Apollo Global Management and VICI Properties (VICI 1.31%) for $6.25 billion as Sands goes all-in on Asia.

MGM Resorts International (MGM 7.45%) and Caesars Entertainment (CZR 9.96%) are the two biggest operators on the Strip with nine and eight casinos, respectively. They may decide channeling customers into a more narrow selection of venues is the more efficient, optimal play.

And though the probability of shutting down any Las Vegas casino seems small, it may all hinge on just how quickly and how strongly business bounces back. Right now, it's not looking all that fast.

Vegas is a ghost town

The Las Vegas Convention and Visitors Authority released January data showing visitor volume to the city plunged 64% from a year ago, though it is up slightly from December. Convention attendance also remains virtually nil, which sent hotel occupancy plummeting 54% year over year, though again, it's up incrementally from the end of the year.

With hotels running on shortened workweeks and casinos at reduced capacity, operators are looking to the back half of the year for business to pick back up, or maybe even later into 2022.

A concrete industry convention this summer is seen as the first real test of whether Las Vegas can come back soon. It's the first big event since the numerous convention centers were closed a year ago, and though there have been a number of small-scale meetings (MGM has reportedly hosted hundreds since it was allowed to reopen last June), it remains to be seen whether people are ready to meet again in large crowds.

The problem for many casino operators is that they no longer own their casinos; they just rent them, and the leases tend to be long term and not cancelable.

Beginning in 2016, MGM Resorts spun off about two-thirds of its properties into a real estate investment trust (REIT), MGM Growth Properties (MGP), which owns all the assets, while MGM Resorts runs the business of the casinos, retail outlets, and hotels.

Today the REIT owns seven of MGM's Strip properties plus seven properties in other regional markets, including the Borgata in Atlantic City, New Jersey. Under the terms of the master lease agreement, MGM not only pays rent to the REIT, but also the insurance, maintenance, and property taxes for each property -- what's called a triple net lease. The master lease has an initial term of 10 years and is not cancelable.

It's a similar situation with Caesars, which spun off VICI in 2017 and included 19 properties. It currently owns 28 properties that are leased to Caesars, Century Casinos, Hard Rock, Jack Entertainment, and Penn National Gaming (PENN 6.38%), and will now also have the Sands properties, owned by Apollo.

Its leases are also long term and not cancelable, though VICI admits the uncertainty from the pandemic could create difficulty for its tenants to meet their rent obligations, which could lead to a cascading series of events including compliance issues with financial covenants, their credit facilities, and indebtedness.

Not all REITs are the same

While REITs like MGM Growth Properties, VICI Properties, or Gaming and Leisure Properties (GLPI 2.04%) all have similar business models, there are important differences among them.

MGM Growth is almost wholly dependent upon the Strip even though it has properties in other markets. VICI also has Strip exposure, but far less than MGM, with only 30% of its lease revenue prior to the Sands acquisition coming from Strip casinos. Still, 84% of its revenue is tied up with Caesars.

Gaming and Leisure Properties, on the other hand, which set the stage for the casino REITs to follow with its 2013 spinoff from Penn National, is also the biggest with 48 properties, but almost all are in regional gaming markets (it's currently trying to sell the Tropicana Las Vegas).

Because these REITs have outsourced most of the costs associated with casinos to their tenants, they tend to have fairly stable revenue streams, even during a crisis. And though MGM, Caesars, and Penn are fairly large and financially sound gaming companies, a failure of casino gambling to bounce back sufficiently could test all of the players.

The coronavirus outbreak has tested casinos like no other time before, and because they're locked into their lease arrangements, they may find the odds against them even steeper if Las Vegas does not recover soon.