Please ensure Javascript is enabled for purposes of website accessibility
Log In Help Join The Motley Fool
Free Article Join Over 1 Million Premium Members And Get More In-Depth Stock Guidance and Research
By Rich Duprey - Feb 12, 2021 at 9:00AM

And with the convention business dead, casinos face a difficult recovery.

Las Vegas casinos face a difficult recovery if they can't lure visitors to their resorts, and the latest data from the Las Vegas Convention and Visitors Authority indicates the Strip is still a ghost town.

December visits to Las Vegas plunged 64% from the year-ago period. And in a sign that the spike in coronavirus cases at the end of last year chased consumers away, visits were down 17.6% from November. The authority also noted there was zero convention business (there hasn't been any since April, when the city was shut down). 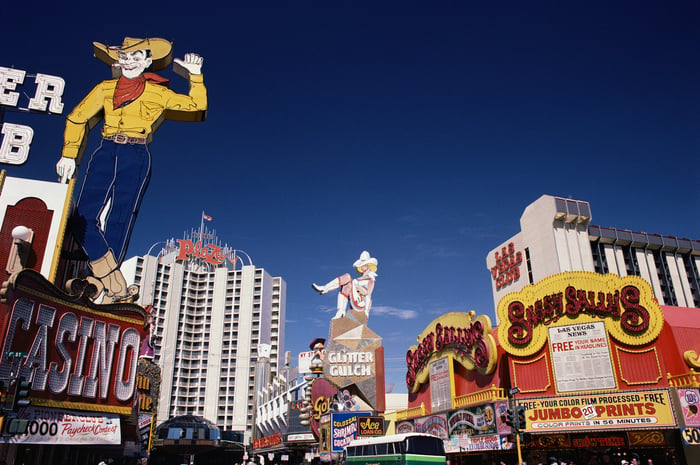 MGM Resorts (MGM -3.05%) managed to post fourth-quarter results on Wednesday that beat analyst expectations on the top and bottom lines, but the numbers were still down significantly from a year ago. It recorded a $0.90 per share adjusted loss, better than the $0.98 per share Wall Street projected, but it was a dramatic reversal from the $0.08 per share profit it notched a year ago.

Las Vegas Sands (LVS -4.49%) and Wynn Resorts (WYNN -4.71%) are much less dependent on Las Vegas than MGM, deriving most of their revenue and earnings from Macao, but that market is ailing, too.

Caesars Entertainment (CZR) is another casino operator with a major presence in Las Vegas, and it last reported earnings in November, suffering a 34% decline in revenue. But having completed its merger with Eldorado Resorts, it now has greater exposure to the regional casino market.

Casino operators have been opening their hotels on a limited basis, but occupancy rates are still in decline, falling below 31% in December, which was down 54% from 2019 and 8% below November's rate. That's driven revenue per available room to around $31, a 71% plunge from last year.