Please ensure Javascript is enabled for purposes of website accessibility
Log In Help Join The Motley Fool
Free Article Join Over 1 Million Premium Members And Get More In-Depth Stock Guidance and Research
By Rich Duprey - Mar 11, 2021 at 8:08AM

Kohl's may be struggling, but it's not in the same deep hole the home-goods store found itself in.

The same trio of activist investors trying to execute a turnaround at Bed Bath & Beyond (BBBY 8.08%) is attempting to do the same with Kohl's (KSS -3.06%).

Macellum Advisors, Ancora Holdings, and Legion Partners Asset Management, along with 4010 Capital, have nominated nine people for the department store chain's 12-person board of directors, arguing that the retailer needs more people with industry experience to work alongside CEO Michelle Gass. 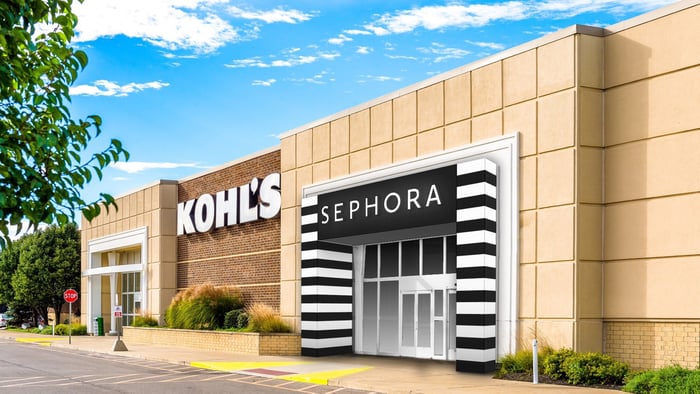 With a 9.5% stake in the company, they're looking to grow sales and cut costs, partly through a sale-leaseback arrangement for $3 billion of Kohl's real estate, though the response they're getting from the retailer is pretty much the same as the one they received from the board and management team at Bed Bath & Beyond: We can do this fine without you.

That was before the hedge funds eventually cleaned house at the home-goods retailer, wiping away the old board and much of the upper management team. But they're unlikely to have the same level of success at Kohl's.

The same ... but different

The mid-tier department store is arguably in a better place than the home goods chain when it was targeted by the investor group. But the activist investors argue Kohl's "poor retail strategy and execution have led to stagnant sales, declining operating margins, a 44% drop in operating profits between 2011 and 2019 and a chronically underperforming stock price." 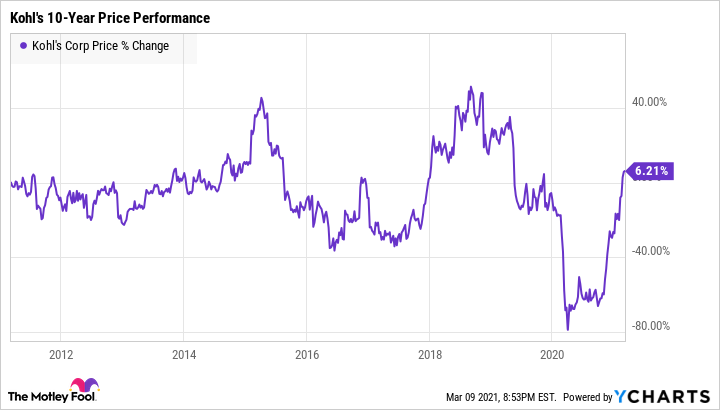 Those were largely the same type of accusations leveled at Bed Bath & Beyond with a board that was led by the company's founders who served for 48 years, while the industry advanced and the retailer failed to keep up. Bed Bath & Beyond, for example, was very late to adopting a robust e-commerce presence, squandering to rivals like Amazon, Walmart, and Target a dominating market presence following the bankruptcy of rival Linens 'n' Things.

Over the 15-year tenure of former CEO Steven Temares, activist investors argued the retailer lost more than $8 billion in market value. At the same time, the CEO and founders received some $300 million in compensation, all the while ignoring the stated wishes of a majority of its shareholders.

Kohl's, though, has been financially better off, and certainly more so than many of its industry peers like J.C. Penney and Macy's.

It's the industry malaise brought on by the retail apocalypse that has really hurt Kohl's, though the activist investors believe the retailer hasn't responded quickly or aggressively enough to combat the situation.

Yet the department store chain has been fairly innovative in attempting to address the changing retail landscape. Among the initiatives Kohl's has taken, the company has partnered with:

While there are pros and cons to each of these deals, it's clear that the board and management team are willing to take some risks and try new things to juice sales.

And while Bed Bath & Beyond pushed back on the need for change, the case from Kohl's is more convincing as Gass says the retailer is already ahead of the curve on what the activist hedge funds are seeking.

In an interview with The Wall Street Journal, Gass said the company is planning to refresh hundreds of stores over the next two years as part of a $550 million capital expenditure plan, in addition to paying for its sixth e-commerce fulfillment center and financing its new partnership with Sephora. Kohl's lured the cosmetics and personal-care specialist away from J.C. Penney where Sephora had been one of the few things that kept the department store chain afloat.

Gass also pointed out there were new clothing lines in the works, supply chain updates, inventory reductions, and a streamlined sales and promotions policy. Kohl's will also be working to return value to shareholders by reinitiating its dividend payment and share repurchase program.

There have been six new independent directors appointed to the board since 2016. One hails from an eyeglass retailer, another from a tableware retailer, and one is an executive with supermarket giant Kroger.

The risks of changing horses midstream

Because Kohl's stock has climbed over 150% since announcing its own turnaround plan last fall, investors may not be inclined to rock the boat too much. Though it wouldn't be a surprise to see the retailer extend an olive branch and make room for one or two directors of the activist investors' choosing to join the board and provide input.

The situations seem markedly different between Kohl's and Bed Bath & Beyond, and the outcome may not be the same if the department store chain's board is heavily revamped.