Three hedges funds say the CEO and entire board of directors need to go.

Activist investors are finally ready to shake up the board of directors of Bed Bath & Beyond (BBBY 1.19%) after five years and the loss of more than three quarters of its value. Three hedge funds declared they have had enough and want to wipe the slate clean by nominating 16 candidates to oust the entire 12-member board.

The activists have watched the retailer's long, slow decline, but were unwilling to challenge the policies of the company's co-founders, who have been on the board for 48 years while allowing the changed retail landscape to pass them by. Now, these investors believe it's time for an entirely new board to take over. They say the home goods retailer needs a new direction. 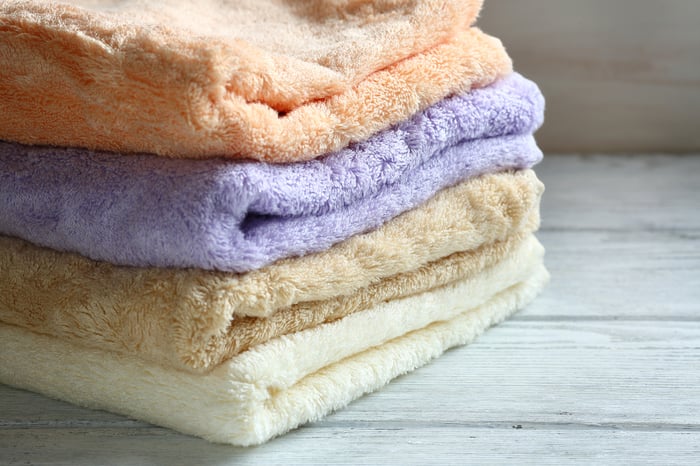 A fish rots from the head

Legion Partners Holdings, Macellum Advisors, and Ancora Advisors lay out a compelling case, starting with CEO Steven Temares. During his 16-year tenure, Bed Bath & Beyond has lost more than $8 billion in market value, while shareholder returns -- stock performance plus dividends -- has declined 58%. The company's stock has also fallen by more than 80% since early 2015.

Even so, Temares and co-founders Warren Eisenberg and Leonard Feinstein have received over $300 million in compensation in that time frame. Moreover, when a majority of shareholders voted against reappointing director Victoria Morrison at last year's annual meeting, the three men and the board ignored investor wishes by unanimously voting to reject her letter of resignation.

The hedge funds maintain that the Bed Bath & Beyond brand retains enormous value, but it can only be unlocked by getting rid of the existing insular and sclerotic board, and finding a new CEO.

Failing at every turn

There's good evidence to back up their claims. Over the last five years, same-store sales have grown at an anemic compound annual rate of just 0.1% while gross margins have narrowed from 39% to 34%, a contraction of 520 basis points. At the same time, expenses have soared from 25% of revenue to 30%, while return on invested capital has plummeted from 25% to less than 10%.

Bed Bath & Beyond has also pursued an acquisition strategy of buying noncore businesses, including some owned by the co-founders' children, that the hedge funds say "have failed to produce reasonable returns."

Furthermore, because the retailer is completely opaque about how any of these businesses perform, refusing to delineate any financial numbers on their operations other than the number of stores for each, investors are left in the dark about their true results. 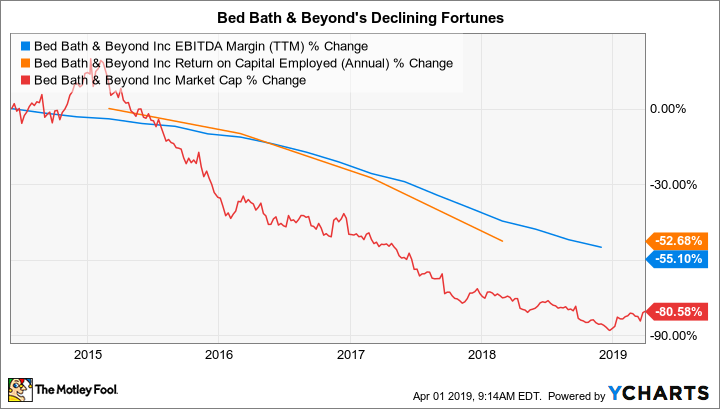 What the board has done, however, is spend an enormous sum of money on buying back stock at progressively lower price points. According to the activist investors, Bed Bath & Beyond has spent nearly $8 billion since 2011 buying back stock at an average price of $59. Today, its shares trade at under $17, though they were trading below $15 before the investors announced their intention to supplant the board, indicating the market agrees it is time for the existing directors and management to go.

The board didn't actually refute any of the points made by the hedge funds, instead saying that it is willing to listen to and work with all shareholders. It said that the turnaround at Bed Bath & Beyond is finally under way, but that it takes time. Besides, the board is a heckuva group of people who are diverse, experienced, and highly qualified -- and did we mention they are diverse? The board's response made that point several times, indicating it believes that's highly relevant.

Bed Bath & Beyond long ago squandered the opportunity left by the bankruptcy of Linens 'n Things. Instead, it allowed others like Amazon.com, Target, Walmart, and Wayfair to fill the gap.

It was late in responding to the rise of the digital marketplace, and began scrambling to bring its omnichannel presence into the modern age only within the last few years. The board has largely failed shareholders by not holding management accountable. Injecting new blood with relevant industry experience could be what spares Bed Bath & Beyond from following Linens 'n Things -- and even Sears -- into the abyss.