Monday brought market volatility, but stocks ended up gaining ground in the end.

Investors have been edgy about the stock market's prospects for more than a month now. Volatility continued on Monday, as stocks fell during the first half of the day before starting to regain ground. A late-day push sent the S&P 500 (^GSPC -4.04%) and the Dow Jones Industrial Average (^DJI -3.57%) to new record levels, and the Nasdaq Composite (^IXIC 0.00%) also saw solid gains.

Market leadership has moved away from high-flying tech stocks  toward other areas of the economy. Indeed, stocks that have the most to gain from reopening efforts as the COVID-19 pandemic gets close to being under control have been seeing a lot of buying interest. Today, that showed up in gains for General Electric (GE -1.57%) and Las Vegas Sands (LVS -2.51%), two high-quality companies that have gotten hit hard during the pandemic.

Can GE take flight once again?

Shares of General Electric rose 6%. The industrial giant got some favorable comments from Wall Street analysts on Monday that helped to stoke greater interest in the company's stock.

Among those comments were the following:

Investors will still have to navigate an expected 1-for-8 reverse stock split, which some see as a sign that GE doesn't believe it could ever see its share price recover to triple-digit levels without help. However, if people start traveling again, the positive impact on aerospace manufacturers could help bolster GE aviation business and in turn create a positive cascading effect to lift shares even further. 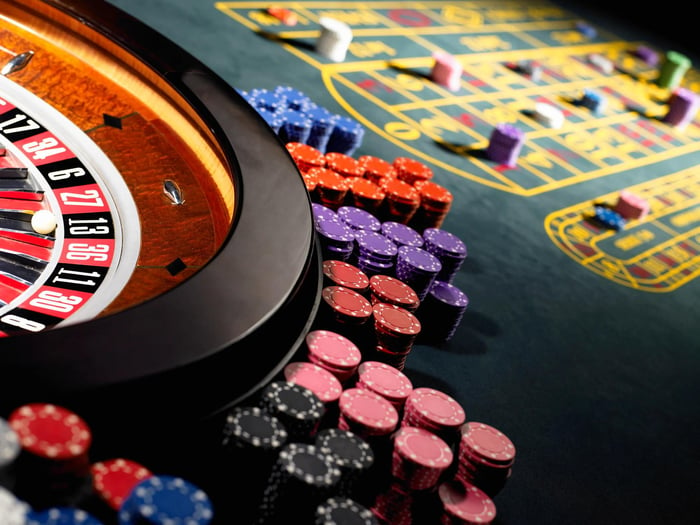 Betting on a boom

Meanwhile, Las Vegas Sands (LVS -2.51%) also picked up 6%. The casino resort operator's name might not be reflective of its business for much longer, but investors are excited about its ability to make money once things return to normal.

Investors have high hopes that pent-up demand for travel will send interest in casino resorts rocketing higher. That would be good news both for U.S. destinations like Las Vegas and for international gambling meccas like Macao.

Yet Sands is making some big moves of its own. The company sold its high-end Venetian resort for $6.25 billion earlier this month to a group led by VICI Properties (VICI -1.12%) and Apollo Global Management (APO), marking its complete divestiture of all of its U.S. properties.

Going forward, that means Sands' future will rely on Asia. Between its Macao properties and its Marina Bay resort in Singapore, Sands will need to hope for a big bounce in the Asia-Pacific region to drive its long-term growth.

How far can a recovery go?

In large part, the stock market has already priced in a full recovery to pre-pandemic conditions. Anything short of that rosy outlook could prove problematic for the market overall.

For GE and Las Vegas Sands, however, investors have been nervous about their prospects for a long time. That makes them big potential winners if the companies capture their current opportunities.