Please ensure Javascript is enabled for purposes of website accessibility
Log In Help Join The Motley Fool
Free Article Join Over 1 Million Premium Members And Get More In-Depth Stock Guidance and Research
By Keith Speights - Mar 18, 2021 at 11:36AM

Investors are disappointed with the company's latest clinical update.

Shares of Translate Bio (TBIO) were tanking 31.8% as of 11:26 a.m. EDT on Thursday. The big drop came after the company announced results following the market close on Wednesday from a second interim data analysis of a phase 1/2 study of MRT5005 in treating cystic fibrosis (CF).

The big story from Translate Bio's latest results was that no clear improvement was observed in lung function among patients receiving MRT5005. SVB Leerink analyst Geoffrey Porges summed it up in a note to investors by stating, "the trial failed."

However, the primary focus of the phase 1/2 study was to evaluate the safety and tolerability of MRT5005. Translate Bio said that repeat dosing of the experimental drug was "generally safe and well tolerated with no serious adverse events." 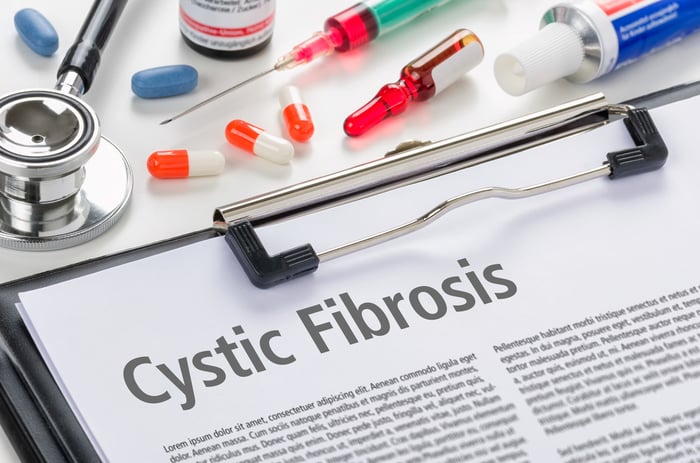 Ann Barbier, Translate Bio's chief medical officer, said in a statement, "Based on the first and second interim analyses, we believe we have achieved a safety profile that supports repeat dosing of inhaled mRNA and further advancement of the pulmonary platform for chronic dosing."

Still, investors clearly hoped to see at least some indication of efficacy for MRT5005. That's why Translate Bio's results were so disappointing.

Translate Bio plans to continue studying MRT5005 in treating CF. However, the main potential catalysts for the biotech stock could come from its other pipeline programs. Translate Bio and its partner Sanofi recently began a phase 1/2 study of their messenger RNA COVID-19 vaccine candidate. The companies also expect to advance an experimental flu vaccine into clinical testing later this year.

Here's How to Build the Safest But Most Promising Coronavirus Portfolio