Please ensure Javascript is enabled for purposes of website accessibility
Log In Help Join The Motley Fool
Free Article Join Over 1 Million Premium Members And Get More In-Depth Stock Guidance and Research
By Keith Speights - Apr 8, 2021 at 4:52AM

Their underlying businesses remain solid and their growth prospects are strong.

Even the best investors can experience tough times. That's happening with ARK Invest founder and CEO Cathie Wood. The share prices of the five largest exchange-traded funds (ETFs) managed by Wood are well off their highs from earlier this year.

However, pullbacks present tremendous opportunities for other investors to scoop up shares of the best companies owned by the ARK ETFs. Here are three beaten-down Cathie Wood stocks that are especially great picks to buy right now. 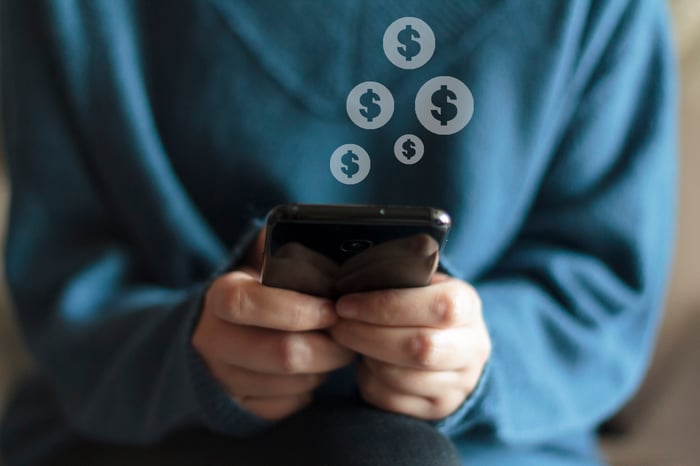 Sea Limited (SE -3.44%) ranks as the fifth-largest position in Wood's ARK Fintech Innovation ETF. It's No. 10 among the top holdings in the ARK Next Generation Internet ETF. The company's shares have retreated more than 12% from the peak set in February.

Sure, the company announced a steep Q4 loss in early March. However, the stock's decline is more related to a rotation away from growth stocks than anything related to Sea's underlying business. Actually, the company's business is booming.

Sea's digital-entertainment unit is practically minting money off the success of Free Fire, the highest-grossing mobile game in Latin America and in Southeast Asia for six consecutive quarters. This business is essentially subsidizing the company's money-losing units, which are focused on digital finance and e-commerce.

I expect Sea's bottom line to improve. And I look for its share price to rebound nicely.

There aren't many stocks that Wood likes more than Square (SQ -0.76%). The fintech stock is the biggest holding in the ARK Fintech Innovation ETF and the second-largest position in both the ARK Innovation ETF and ARK Next Generation Internet ETF. But Square stock is down 11% from its February high.

As was the case with Sea Limited, Square's pullback is primarily a result of the market rotation. Although the company's seller ecosystem was negatively impacted by the COVID-19 pandemic, there were signs of improvement in the fourth quarter. And the increased availability of vaccines bodes well for a stronger performance throughout the rest of 2021.

Meanwhile, Square's Cash App digital wallet continues to be a monster growth story for the company. Cash App gross profit skyrocketed 162% year over year in Q4. Square should be able to deliver even more growth by driving increased adoption of related products and services such as the Cash Card debit card.

The company achieved a significant milestone in March as its Square Financial Services unit began banking operations. With a federally chartered bank under its umbrella, Square will be able to offer more financial services for its business customers. Over time, the fintech leader is likely to expand its banking services.

In many ways, Square is just getting started in its quest to turn the financial services industry upside down. Its shares have plenty of room to run.

Teladoc Health (TDOC -2.48%) trails one spot behind Square among the top holdings in the ARK Innovation ETF. The virtual-care leader ranks as the fourth-largest holding in the ARK Next Generation Internet ETF. And it's in the No. 1 position in the ARK Genomic Revolution ETF. Despite Wood's love of the stock, Teladoc shares have plunged nearly 40% from their peak in February.

The shift of institutional investors' money away from growth stocks is one factor behind Teladoc's underperformance. However, the company also projected slowing revenue growth for 2021 in its Q4 update. It didn't help matters that Amazon announced plans to jump into the telehealth market this summer.

My response to all of this is simply to focus on Teladoc's long-term prospects. Virtual care remains only in its early innings. Consulting firm McKinsey predicts that the U.S. virtual-care market could reach $250 billion per year after the pandemic is over. Teladoc's opportunities aren't just limited to the U.S., either.

I think that's without question a big enough market to support multiple winners. Teladoc's head start, commanding market presence (its customers currently include over 40% of the Fortune 500), and scope of products and services give the company solid competitive advantages.

It's completely understandable that revenue growth would slow somewhat after the unprecedented surge in telehealth demand in 2020 due to the pandemic. Over the long run, though, Teladoc should be able to consistently generate strong growth.

This beaten-down Cathie Wood stock shouldn't stay beaten down for too long.