Please ensure Javascript is enabled for purposes of website accessibility
Log In Help Join The Motley Fool
Free Article Join Over 1 Million Premium Members And Get More In-Depth Stock Guidance and Research
By Keith Speights - Apr 30, 2021 at 5:01AM

David Gardner, a co-founder of The Motley Fool, often says that "winners win." And he's exactly right. However, he would be the first to tell you that winners don't win all of the time. They have their ups and downs.

Case in point: Cathie Wood certainly qualifies as a winner. Her ARK Invest exchange-traded funds have ranked among the best-performing ETFs in recent years. Not every stock in those funds has delivered a great return so far in 2021, though.

Several of the ARK Invest CEO's favorites are actually down year to date. Don't count all of those recent underperformers out just yet, though. These three are among Wood's biggest losers of 2021, and all should still be huge winners over the long run. 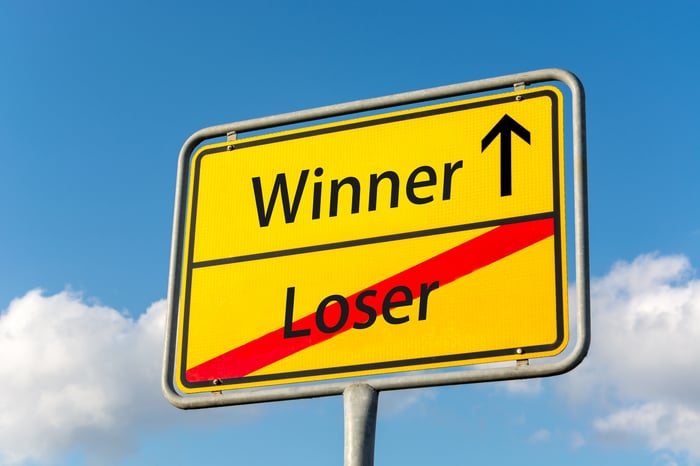 Teladoc Health (TDOC 11.43%) shares have fallen more than 15% year to date, and that's weighing on several of Wood's ETFs. Teladoc is the top holding in the ARK Genomic Revolution ETF, the second-largest position in the ARK Innovation ETF, and the fifth-largest holding in the ARK Next Generation Internet ETF.

It appears that many investors are focusing only on the negatives for Teladoc. For example, in its Q1 update, the company reported a huge net loss and said that U.S. paid membership in the quarter slipped to 51.5 million from 51.8 million in the fourth quarter of 2020.

However, that's only part of the story. Teladoc's total visits and utilization rate continue to climb. And much of that big loss was related to the company's acquisitions of Livongo and InTouch Health, deals that are already helping drive its revenue growth.

My view is that Teladoc's downturn will be temporary. The long-term opportunities for the company in virtual care remain exceptionally strong.

Unity Software (U 12.76%) has been an especially poor performer for Wood this year -- the stock has plunged more than 30%. The gaming platform leader ranks No. 10 among the ARK Next Generation Internet ETF's holdings and No. 12 for the ARK Innovation ETF.

I don't think investors should be worried, though. For one thing, the pandemic boosted Unity's growth in 2020. It's not surprising that growth would slow somewhat after such an exceptional year. The company also anticipates taking a one-time hit to revenue in 2021 as advertisers adjust to Apple's new IDFA user identification method.

Unity still expects to generate annual revenue growth of at least 30% over the long term. Wood clearly remains a fan of the stock -- her ARK Innovation ETF scooped up more shares recently. I think that her optimism in this case is spot on.

Vertex Pharmaceuticals (VRTX 0.58%) hasn't been quite as big of a problem for Wood in 2021 as Teladoc and Unity. However, the biotech stock has fallen more than 10% year to date. It's the seventh-largest position for the ARK Genomic Revolution ETF.

However, Vertex still has a big market opportunity ahead for its newest cystic fibrosis treatment, Trikafta/Kaftrio, in Europe. The triple-drug combination quickly became a blockbuster in the U.S. after winning approval. However, its growth curve in Europe will take more time because Vertex has to negotiate reimbursement deals with the healthcare regulators in each individual country.

I fully expect Vertex will achieve tremendous success outside of the cystic fibrosis market over the next few years. The big biotech seems really confident about the prospects for its candidate gene-editing therapy CTX001 in treating a pair of rare blood disorders: sickle cell disease and beta-thalassemia. It also has other promising pipeline candidates as well as a hefty cash stockpile. Vertex, like Teladoc and Unity, looks like a long-term winner despite its losing ways of late.