Please ensure Javascript is enabled for purposes of website accessibility
Log In Help Join The Motley Fool
Free Article Join Over 1 Million Premium Members And Get More In-Depth Stock Guidance and Research
By John Rosevear - May 4, 2021 at 11:34AM

The company's new sensors have the longest range in the industry, and that's a big deal.

Argo said that it believes its new lidar system's sensing range of 400 meters is the longest in the industry. It's enough, the company said, to assure that dark objects can be safely detected at highway speeds -- an important breakthrough that has so far eluded other developers.

The technology also provides what Argo described as "ultra-high-resolution perception," meaning that it can quickly identify small objects that could be road hazards, even in complex urban settings. 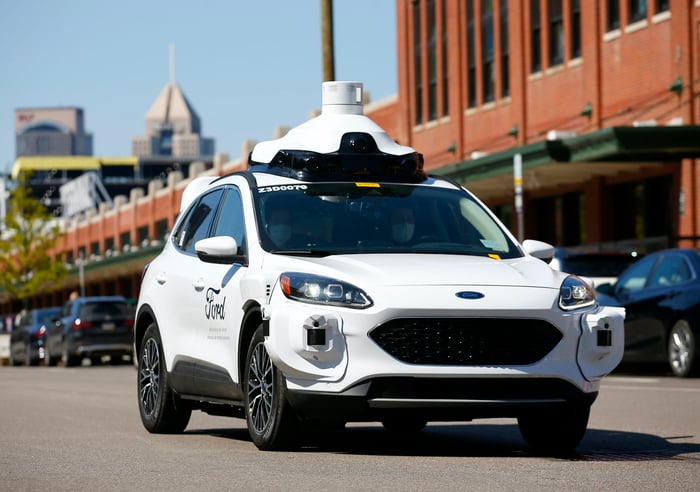 The company is working closely with Ford and Volkswagen on a series of self-driving vehicles. Those include a commercial vehicle based on Ford's Escape Hybrid SUV that will be used in a delivery service that Ford expects to launch next year, and a self-driving VW taxi due in 2025.

Argo said that the system's development was enabled by its 2017 acquisition of lidar maker Princeton Lightwave, and specifically by former Princeton employees now working for Argo.