Please ensure Javascript is enabled for purposes of website accessibility
Log In Help Join The Motley Fool
Free Article Join Over 1 Million Premium Members And Get More In-Depth Stock Guidance and Research
By Scott Levine - May 5, 2021 at 1:05PM

One factor led this silver and gold producer to lose luster in investors' eyes last month.

Extending their 13% slide through the first three months of 2021, shares of Coeur Mining (CDE -2.79%) continued to tumble in April, falling 11%, according to data provided by S&P Global Market Intelligence.

For most of April, things seemed to be going well for shareholders; Coeur Mining's stock had risen more than 6% -- consistent with the nearly 8% rise in the price of silver over the same period. Investor enthusiasm, however, failed to compensate for the disappointing first-quarter 2021 earnings report that the company released in late April. 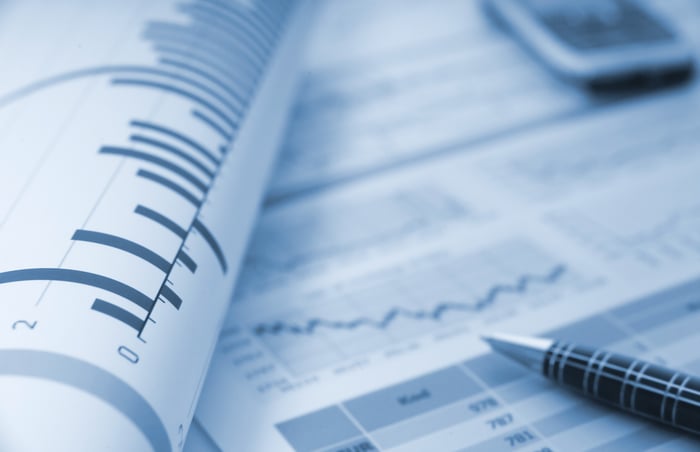 What was so disastrous in the company's Q1 2021 earnings report that it sent investors reeling? For one, Coeur Mining failed to meet analysts' expectations on both the top and bottom lines. Reporting revenue of $202 million, Coeur came up short of the $210 million that analysts expected the company to generate, and it reported adjusted EPS of $0.06, a shade below the expected $0.08.

Addressing the declining cash flow, management attempted to inspire confidence that the company would return to generating strong cash flow in the near future. On the Q1 2021 conference call, CFO Thomas Whelan said, "We forecast to return to stronger operating cash flow over the remainder of 2021 to help fund the planned capital expenditures at Rochester and our aggressive exploration Program."

Evidently, investors seem to have shaken off their disappointment in the company's first quarter of the new year, sending shares up more than 6% so far through the first week of May. In the coming quarters, investors interested in this gold and silver mining company will want to pay particular attention to the company's progress in expanding the Rochester mine in Nevada -- a project that management contends will help "drive an anticipated step change in production and cash flow."