Please ensure Javascript is enabled for purposes of website accessibility
Log In Help Join The Motley Fool
Free Article Join Over 1 Million Premium Members And Get More In-Depth Stock Guidance and Research
By Anders Bylund - Updated May 11, 2021 at 4:28PM

It's getting easier to find great stocks at reasonable prices in May. The stock market as a whole continued to march higher over the last three months, but the tech-heavy Nasdaq-100 index fell behind as many investors rotated out of growth stocks and into safer value tickers. The great companies below are trading far below their recent all-time highs, making them fantastic buys right now. Let's take a closer look at Roku (ROKU -4.83%) and Lemonade (LMND -11.22%).

Lots of bears expected Roku's growth engines to run out of rocket fuel as vaccinated consumers started to go back to their ordinary lifestyles. The fortunes of this media-streaming platform specialist would surely fade away under these circumstances, replaced by more traditional forms of entertainment such as live shows, movie theaters, and cruises. On the eve of last Thursday's earnings report, Roku's stock traded 42% below February's all-time highs.

When Roku reported its first-quarter results, it stumped both the bulls and the bears. Your average Wall Street analyst expected a net loss of $0.13 per share on sales near $491 million. Roku reported positive earnings of $0.54 per share, and top-line sales rose 79% year over year to $574 million. Management also set up second-quarter guidance far ahead of the current analyst views. The stock closed 11.5% higher on Friday, still 35% below the February peak. 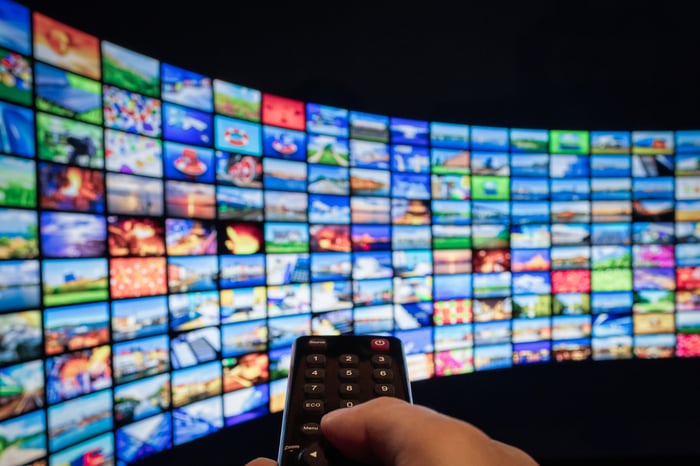 The first quarter is a seasonally weak period for Roku, whose greatest gains fall in the holiday season of each year. That didn't stop the company from adding 2.4 million active accounts in the first quarter of 2021. Average revenue per user (ARPU) rose 18% over the same period. Not only is Roku growing its user base by leaps and bounds, but the money-making opportunity per user is also increasing rapidly.

As a neutral provider of solid media-streaming platforms with great user experiences, Roku stands to win as the streaming market evolves -- no matter who wins the content wars in the long run.

For now, Roku is reinvesting every spare penny of excess profits into growth-promoting expenses such as product development and aggressive marketing. That will change over time, shifting Roku's focus from maximal user growth to optimal profits. When that time comes, you will see a massive cash machine in action. That's the shareholder-friendly future that the Wall Street bears are missing today, and Roku's stock looks like a fantastic buy at these deep-discount prices.

I don't get excited about insurance companies all that often. When I do, it's because I see an upstart with new ideas that can disrupt the massive insurance market in the long run. That's where I find next-generation insurance specialist Lemonade today.

Where traditional insurance policies rely on highly trained and richly paid insurance agents, Lemonade depends on artificial intelligence tools. Taking the human element out of the insurance game results in lower operating costs, which Lemonade passes on to its customers in the form of lower premiums for homeowners, renters, pet, and life insurance. The company is so untroubled by the prospect of lower profits that it donates excess premiums to charity.

The customer-friendly approach strikes me as a game changer. I know I will be interested in Lemonade's services when the company expands its offerings into my Floridian neck of the woods. The company is also working on a car insurance program as we speak and already offers insurance services in a handful of European countries. 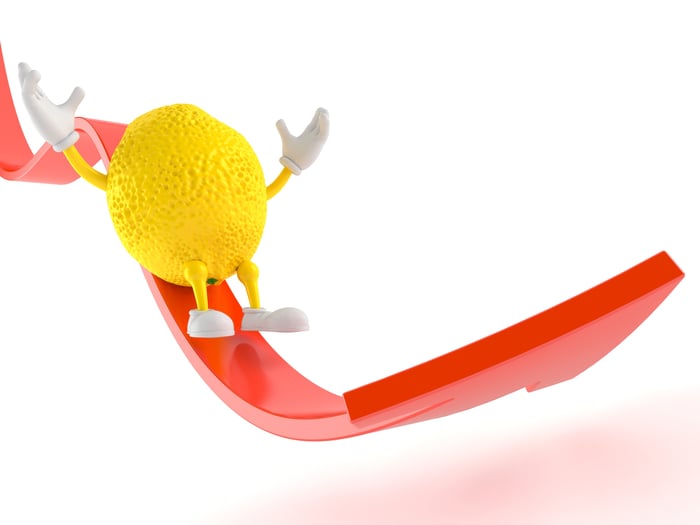 Lemonade won't dominate the insurance industry on its own, but it really doesn't have to. I wouldn't be surprised to see today's giants changing their offerings in order to match or beat what Lemonade is doing, and the company will inevitably take a small but significant share of the total market along the way.

That's a big deal. Roku is disrupting a global entertainment industry that's good for about $2.5 trillion in annual revenue. That's not too shabby, but the worldwide insurance market collected $6.3 trillion in premiums in 2019. Traditional insurance giants Progressive and Allstate each represented roughly 0.6% of last year's global policy premiums. They are worth more than 10 times Lemonade's market cap today. In the long haul, Lemonade should rub shoulders with the big boys and maybe even put them all in its shadow.

Either way, Lemonade's stock has a lot of growing left to do -- and it is trading 65% below February's highs. That's another stellar find in Wall Street's bargain bin.