Please ensure Javascript is enabled for purposes of website accessibility
Log In Help Join The Motley Fool
Free Article Join Over 1 Million Premium Members And Get More In-Depth Stock Guidance and Research
By Leo Sun - May 23, 2021 at 7:15AM

I recently analyzed that report, and explained why a change to Lemonade's reinsurance structure and the winter storm across several states throttled its revenue growth and resulted in wider losses. But I also noted that Lemonade's in-force premiums, premium per customer, and gross earned premiums were all still growing at double-digit rates -- even though its gross loss ratio spiked after the storms. 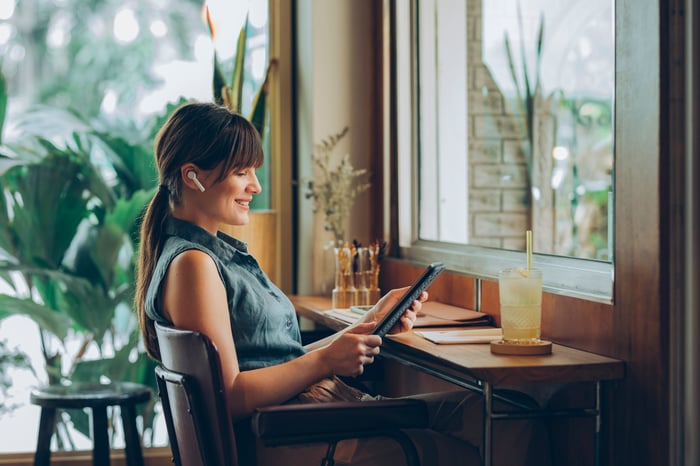 However, I didn't discuss a new key performance indicator Lemonade added to its latest report: its annual dollar retention, or ADR, rate. Let's take a closer look at this new metric, why Lemonade chose to suddenly reveal it, and if it makes it a more compelling investment.

How do we calculate Lemonade's ADR rate?

Lemonade defines its ADR as the percentage of its IFP (in-force premium) which it retains over a 12 month period. In its latest 10-Q filing, Lemonade claims the ADR rate is "useful to analysts and investors because it captures our ability to retain customers and sell additional products and coverage to them over time."

In other words, the ADR rate is similar to the "net retention" or "net expansion" rates software companies use to gauge the stickiness of their ecosystems and their ability to cross-sell new services.

But is Lemonade's ADR rate that impressive?

Lemonade ended the first quarter with an ADR of 81%, which marks a significant improvement from its previous quarters.

It attributed that improvement to better customer retention rates and additional policy purchases from its existing customers, which contributed more than seven percentage points to its ADR rate.

That growth seems impressive, but Lemonade initially only provided home and renters' insurance for several years. It only launched its pet and term life insurance products over the past year.

Many of Lemonade's additional policy purchases were likely for those newer services instead of its home and renters' insurance. That's why its ADR growth accelerated, and why it needs to keep launching new services -- like its upcoming auto insurance platform -- to maintain its momentum.

This "land and expand" strategy is common in the cloud services market, where a company locks clients into one service to cross-sell additional ones. However, many leading cloud service companies regularly post retention rates well above 100%. Lemonade's ADR rate of 81% indicates that nearly a fifth of its customers aren't sticking around.

When we put those pieces together, we'll realize that Lemonade needs to keep expanding into saturated markets -- including auto, travel, and perhaps even health insurance -- to continue growing.

During Lemonade's latest conference call, co-founder and chief operating officer Shai Wininger said that as "we look ahead to our car launch, we see potential for a meaningful acceleration in ADR as well." But this expansion -- which the company is trying to pull off as it recovers from the winter storm -- will likely burn through a lot of cash and result in wider losses.

Lemonade still had $1.2 billion in cash, cash equivalents, and investments at the end of the first quarter, but $640 million of that total came from a follow-on offering at $165 per share (more than double its current price) in January -- just half a year after it raised $319 million in its IPO.

Lemonade still has a lot of disruptive potential, since its AI-powered platform streamlines the byzantine sign-up process for insurance policies. But it's also competing against industry heavyweights in mature price-sensitive markets, and it's losing money as it expands into even more markets to feed its revenue growth and retention rates.

Therefore, it seems like Lemonade wanted to draw attention away from its staggering first-quarter gross loss ratio of 121% with its new ADR rate, but this new metric simply raises more questions than it answers.