Please ensure Javascript is enabled for purposes of website accessibility
Log In Help Join The Motley Fool
Free Article Join Over 1 Million Premium Members And Get More In-Depth Stock Guidance and Research
By Leo Sun - May 14, 2021 at 6:45AM

The online insurance company still has a lot of growth potential, but investors should brace for a lot of volatility this year.

Lemonade's (LMND 4.32%) stock recently dropped to a six-month low after the insurance technology company posted its first-quarter earnings. Its revenue declined 10% year-over-year to $23.5 million, but still beat expectations by $1.6 million. 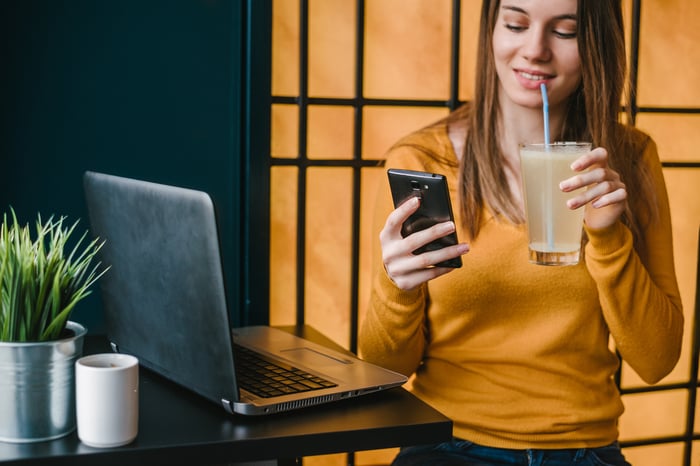 Lemonade's numbers weren't terrible, but they also weren't good enough to save it from the ongoing sell-off in tech stocks amid rising bond yields, a focus on reopening plays, and inflation fears.

But is Lemonade worth buying at these prices for long-term investors who intend to hold the stock for several years? Let's review the four key things to consider if you want to buy Lemonade's stock.

1. Look beyond the revenue

Lemonade's revenue isn't the best gauge of its growth right now, since a change to its reinsurance structure in the second half of 2020 is throttling its year-over-year comparisons.

Ideally, its gross loss ratio should decline as all of its other metrics rise. That's what happened last year:

Lemonade continued to expand in the first quarter, but its gross loss ratio hit the triple digits as it was swamped by claims from the February winter storm across Texas and several other states.

However, Lemonade's adjusted EBITDA guidance indicates that the spike will be temporary. For the full year, it expects its in-force premium to rise 77%-79% and for its gross earned premium to increase 76%-78%.

Furthermore, Lemonade's full-year guidance only factors in the costs for its upcoming car insurance service without any top-line benefits. It hasn't announced a launch date for the new service yet, but an early arrival could help Lemonade beat its own revenue expectations.

2. Focus on its disruptive potential

Lemonade streamlines the byzantine and time-consuming process of purchasing insurance with a single AI-powered app. It uses algorithms and chatbots to insure users within 90 seconds and process claims within three minutes.

About 70% of Lemonade's customers are under the age of 35. It already offers home, renters, life, and pet insurance policies, and the bulls believe it could potentially disrupt the auto, travel, and health insurance markets. It could also gain even more users as it expands beyond the United States.

3. But don't ignore the headwinds

Lemonade is also burning cash, it won't generate a profit anytime soon, and it diluted its shares with a big secondary offering earlier this year. Its stock-based compensation expenses also consumed more than a quarter of its revenue in the first quarter.

The rest of 2021 could be challenging for Lemonade as it tries to reduce its gross loss ratio and launch its auto insurance service while offering competitive rates. Lemonade's platform is disruptive, but it doesn't have much room to raise its prices in the saturated insurance market.

I own a small position in Lemonade because I've noticed its striking similarities to companies like Zillow (Z 4.64%), Expedia (EXPE 2.79%), and Square (SQ -2.54%) -- which all disrupted legacy markets and generated multibagger returns.

I expect Lemonade's stock to remain volatile this year, and I wouldn't be surprised if the company fails to achieve its ambitious goals. That said, I still think Lemonade is a good speculative play for investors who can afford to hold the stock for several years -- but it's a very risky investment for short-term investors.