Is it the WallStreetBets effect? 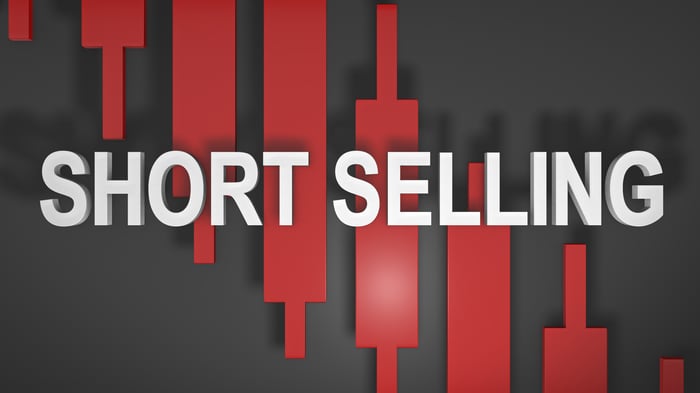 Are there catalysts behind these price movements? In a few cases, yes -- to an extent. BlackBerry announced this morning that it will participate virtually in investment bank R.W. Baird's Global Consumer, Technology & Services Conference next Wednesday. But BlackBerry didn't discuss what new information, if any, it will present there.

Bed Bath & Beyond announced today that it will launch three new private-label brands, part of 10 such brands the store plans to offer. Generally speaking, private-label brands provide superior profit margins to the retailers who sell them and, as such, this is a positive development for the company. But is it positive enough to make the stock worth nearly half-again what it was worth just yesterday? I rather doubt it.

At the same time as these two stocks are rising on rather insignificant news, Express stock is up on no news at all, and Eastman Kodak is rising despite actual bad news, as it prepares to fight an insider trading lawsuit brought by the New York Attorney General's office.

I suspect something else might be going on here: the WallStreetBets phenomenon that's been disrupting markets by sending shares of inferior businesses higher on hopes traders can profit from a short squeeze. BlackBerry and Express have been losing money for six straight quarters, according to data from S&P Global Market Intelligence. Bed Bath & Beyond did have one profitable quarter recently, but only due to tax-loss carryforwards. And Kodak earned only $6 million on its $650 million market cap.

And from that perspective, the suddenly rising prices of BlackBerry, Kodak, Express, and especially Bed Bath & Beyond do make some sense. Of these four companies, the last one has by far the greatest short interest: 31% of all shares outstanding, and 64% of the stock's float.

Short interest in BlackBerry, Kodak, and Express is less extreme, but still elevated:

Of the four, though, Bed Bath & Beyond is clearly the most attractive target for WallStreetBets traders seeking to create a short squeeze. And for today at least, the strategy seems to be working.