Please ensure Javascript is enabled for purposes of website accessibility
Log In Help Join The Motley Fool
Free Article Join Over 1 Million Premium Members And Get More In-Depth Stock Guidance and Research
By George Budwell - Jun 7, 2021 at 10:00AM

The uncertainty over the biotech's lead clinical asset weighed on its shares last month.

Shares of developmental gene therapy company Adverum Biotechnologies (ADVM -0.66%) sank by 11.3% during the month of May, according to data provided by S&P Global Market Intelligence. The biotech's poor showing last month is the result of two interrelated events: 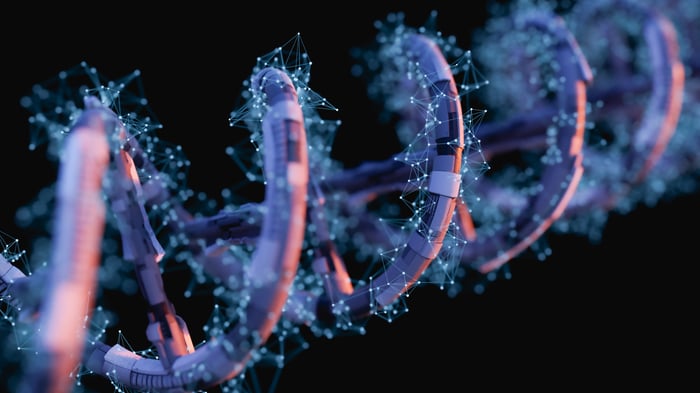 This clinical setback could prove even more costly to Adverum and its shareholders down the road. In short, this experimental gene therapy was on track to become a game changer in a market currently valued at over $10 billion a year.

That's not to say that Adverum won't be able to find a path forward, but the company's core investing thesis is now in serious doubt. As such, the biotech's continued slide in May isn't altogether surprising.

Is Adverum a bad-news buy? On one hand, this beaten-down biotech stock is now valued at almost $70 million less than its cash on hand at the end of the first quarter of 2021. That's normally bargain territory in the world of clinical-stage biotechs.

On the flip side, the market's dire take may, in fact, be warranted. If Adverum can't get this closely watched gene therapy back on track soon, the company's braintrust may have to pivot to an earlier-stage asset -- an event that would undoubtedly set the biotech back years in terms of its march toward being a commercial-stage operation.

All things considered, this small-cap biotech is probably best viewed as a potential watch list candidate for the time being.

3 Best Healthcare Stocks to Buy in May