Please ensure Javascript is enabled for purposes of website accessibility
Log In Help Join The Motley Fool
Free Article Join Over 1 Million Premium Members And Get More In-Depth Stock Guidance and Research
By Alex Carchidi – Jun 17, 2021 at 11:05AM

The "new" mental health therapies this Canadian biotech is developing have an unusual advantage -- there's plenty of existing research showing that they work.

For millennia, people have loved many varieties of mushrooms for their delicious utility in culinary pursuits. But in modern times, the use of psychedelic mushrooms has largely been relegated to the fringes. Soon, however, the remarkable properties of those fungi could place them at the center of a new evolution in mental health therapies -- or so hopes the clinical-stage Canadian pharmaceutical company Cybin (CYBN -3.42%).

Cybin's focus is on psychedelic medicines that could address depression, anxiety, addiction, and other tough-to-treat mental illnesses. While the company is still relatively early in the R&D process, there's a lot to like about its efforts so far.

And for investors on the hunt for potential millionaire-maker stocks, it's definitely worth a look: It wouldn't be surprising at all if, over the course of the next decade, Cybin's valuation increases tenfold. 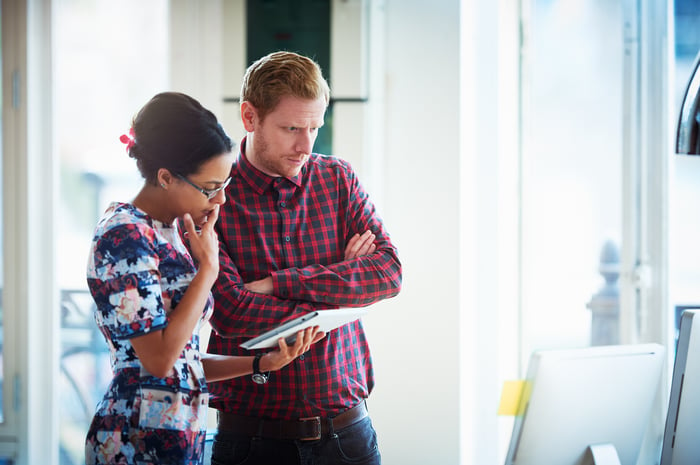 Why Cybin's outlook is so promising

The best reason to expect that Cybin might be a millionaire-maker stock is that it's developing a therapy that has already been shown to work.

The company is about to start a phase 2a clinical trial testing its flagship candidate, CYB001, as a treatment for major depressive disorder. But behind the technical designation, CYB001 is simply a formulation of psilocybin, a natural chemical that's the active ingredient in psychedelic mushrooms. (It's also the root of the company's name.)

Importantly, there's an abundance of scientific research indicating that psilocybin is effective in treating depression. In 2020, a meta-analysis of studies investigating its usefulness was published in the Journal of Psychiatry Research. The researchers found that "the effects on anxiety and depression were large and statistically significant" in all four of the psilocybin studies they analyzed. Other research suggests that the impacts of psilocybin on depression exceed those produced by traditional approaches such as psychotherapy, as well as other psychopharmacological treatments.

That's a much clearer picture of its candidate's potential than most biotechs can offer to their early investors. If Cybin can simply reproduce those earlier results in a consistent way in clinical trials of CYB001, it'll be off to a running start.

In my view, the strong existing evidence for psilocybin's efficacy is one of the most important reasons to believe in this stock's growth potential.

But there's more to Cybin than psilocybin alone. The company's preclinical programs include a therapy for alcohol use disorder and a project to treat therapy-resistant psychiatric disorders. If these candidates move into clinical trials for specific indications, the stock price could jump significantly. So far, the economics of that second project could look extremely favorable, as medications for therapy-resistant disorders don't need to battle with entrenched competition for market share because, by definition, the existing solutions don't work well in those indications.

Like other psychedelic medicine biotechs, Cybin is using an innovative drug delivery platform to maximize the efficacy of its treatments. In theory, its platform will help give those medicines more beneficial, controllable, and reproducible effects, in contrast to treatments that deliver psychedelic chemicals in a more natural form.

Furthermore, the technology is where the company could differentiate its products and protect itself from competitors. That's important, as there's no way to get intellectual property protections on a naturally occurring chemical like psilocybin directly. Cybin is also developing several unique variations of different psychedelics, which should pave the way to patent protection for its treatments.

Cybin faces a few risks that could prevent it from maturing.

First, psychedelic chemicals are still illegal in many major markets. While that may be changing slowly, there's still no legal framework supporting the medicinal use of psilocybin in the U.S. If Cybin manages to move its lead program through the remainder of the clinical trials process, but Washington doesn't amend the legal status of psilocybin to at least allow it to be prescribed for medicinal purposes in the next few years, the company will be in quite the pickle, to say the least. In addition, for the company, the mere prospect of having a proven therapy that it's unable to commercialize widely will probably lead it to slow down the development process. Management may not opt to proceed with development if it sees a high risk of hitting a legal wall.

Second, success with CYB001 alone may not be enough to propel this stock to lofty heights. Based on the data that the company has already released, it's unclear whether the drug's formulation is making psilocybin more controllable and more convenient for patients. In other words, if the therapeutic benefits patients reap from CYB001 are generally the same as they can get from black-market psychedelic mushrooms, it could be harder to convince many of them to pay significantly more for Cybin's product.

The future is bright for Cybin

Many questions remain about the economics of Cybin's therapies, not to mention the details about its drug delivery system and its preclinical psychedelic therapy projects. Nonetheless, at the moment, I'm of the opinion that Cybin is a potential millionaire-maker stock. I see it as having the potential to grow its valuation by 50 times its current size to a market cap of $11.7 billion. If it does, investors who take a $20,000 stake in the company today will wind up millionaires.

Few pharmaceutical companies can claim that there's an abundance of scientific research showing that their lead programs are effective well before they've spent millions on late-stage clinical trials. Cybin will, of course, still need to perform those pricey studies to prove that its particular spin on psychedelics delivers on its promise. But once it does, this stock could turn into a gold mine.