Please ensure Javascript is enabled for purposes of website accessibility
Log In Help Join The Motley Fool
Free Article Join Over 1 Million Premium Members And Get More In-Depth Stock Guidance and Research
By Jon Quast - Jun 24, 2021 at 6:07AM

These companies are good businesses in growing industries, but they also trade at relatively attractive valuations.

Consider one of the most popular valuation metrics, the price-to-earnings ratio. The P/E average for the S&P 500 just five years ago was around 24. As I type, the average is at 40. Therefore, you could say the market is 67% more expensive now compared to its past self.

And the same pricey picture is painted for many individual stocks when comparing their past valuations to the present. It's clear there are great companies with great growth prospects deserving of a premium valuation, but it's hard to call them a bargain no matter how you slice it.

I'm not saying this is a perfect list. But when looking at stocks that trade on the Nasdaq, I believe Tractor Supply (TSCO 0.81%), Peloton Interactive (PTON 12.29%), and Amazon (AMZN -1.24%) might have the best balance of all three factors I'm considering. Here's why I think they're among the best buys for investors today. 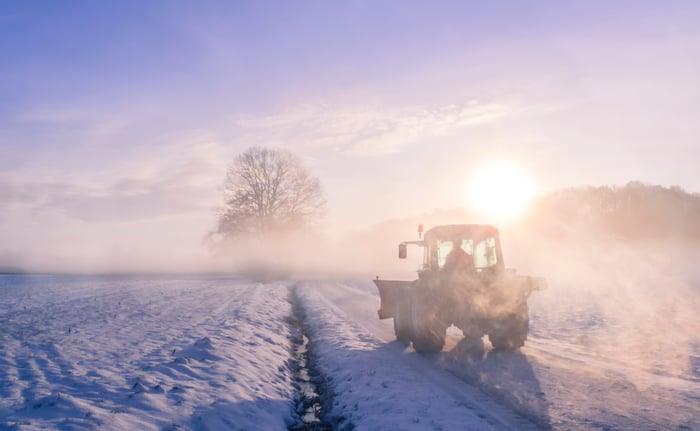 Tractor Supply describes itself as the "largest rural lifestyle retailer in the United States." And that's significant considering the rural lifestyle is growing in popularity. According to a January report from real estate company Redfin, housing supply in rural areas was down a record 44% year over year early in 2021, as people exit urban areas in droves. Redfin's chief economist said, "Homes in rural and suburban areas remain popular as the pandemic and remote work continue to motivate buyers to prioritize indoor and outdoor space over commute times and urban amenities."

This general prioritization of outdoor space could be a multiyear tailwind for Tractor Supply's business, as it gains new cohorts of potential customers. But this stock has been a market beater in the past, thanks in part to the ongoing loyalty of its existing customer base. In 2020, members of its Neighbor's Club loyalty program accounted for about 60% of total sales. And as of the first quarter of 2021, this loyalty program had over 20 million members.

In the first quarter, Tractor Supply's net sales were up 42.5% year over year, and its earnings per share more than doubled. Trading at a P/E of just 25, the stock certainly looks like a bargain, especially considering this impressive growth rate.

But perhaps investors fear that much of its gains during the past year were the direct result of economic stimulus. To put this concern to rest, consider that management estimates only a third of its comparable-store sales growth in the first quarter was the result of stimulus money -- far more was organic growth and is, therefore, sustainable.

Tractor Supply's positioning in rural areas, its loyal customer base, and its attractive valuation make this one of the Nasdaq's best buys right now, in my opinion. 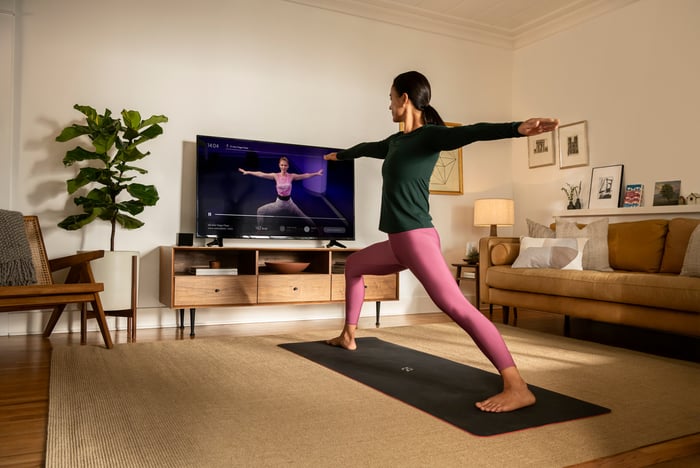 Allow me to share three facts about Peloton that combine to create a powerful business.

First, the company retains an impressive amount of its customers. As of its most recent quarter, its 12-month retention rate was 92%. And over its history, its retention rate has held steady above 90%.

Second, it's adept at acquiring new customers: Its user base increased roughly 10 times to more than 2 million members in under four years.

And third, Peloton's exercise equipment is well used, with the average customer currently working out 26 times a month. (That's almost every day!) In summary, it gets customers, keeps customers, and customers stay extremely engaged.

When looking at the overall market opportunity for at-home fitness, it doesn't seem particularly compelling. According to Fortune Business Insights, the industry only generated around $3.6 billion in revenue in 2020 in North America. And globally, the overall market is expected to grow less than 5% annually between now and 2028. However, Peloton's opportunity is far more compelling, as it looks poised to steal a bigger slice of this market.

It can steal market share with an underappreciated flywheel effect resulting from its acquisition of Precor, which places fitness equipment in commercial spaces like gyms and wellness centers as opposed to residences, creating an opportunity for Peloton in the commercial space. And management also believes commercial equipment drives sales for at-home equipment. In fact, CFO Jill Woodworth recently said that every new machine it places in a commercial space could drive sales for seven at-home machines -- an incredible tailwind.

At its height in 2020, Peloton stock traded at more than 20 times trailing sales, a lofty price-to-sales (P/S) valuation. However, right now it trades at a P/S of around nine -- a roughly 56% cheaper valuation. Consider that the company expects $4 billion in revenue for fiscal 2021 (which ends this month), which is up more than 120% year over year. To me, that's a compelling valuation given its growth. 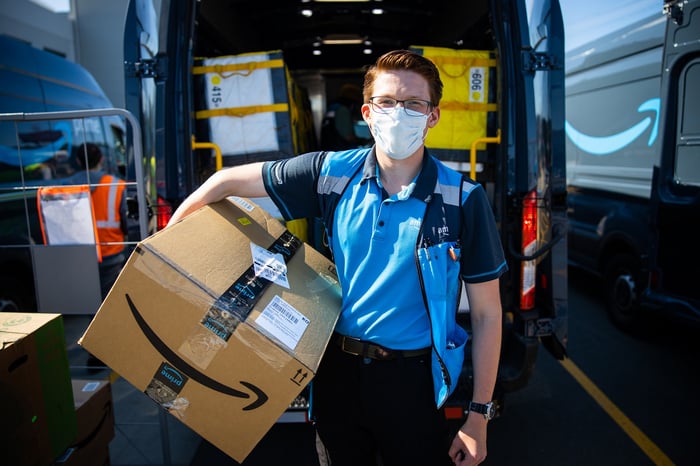 Amazon is already ubiquitous in e-commerce. But e-commerce might seem like a trend that's already played out now in 2021. Surprisingly, however, we might still be relatively early in the e-commerce revolution.

According the U.S. Census Bureau, e-commerce retail sales grew 39% year over year in the first quarter of 2021 but still only represented 13.4% of total retail sales, leaving plenty of room for upside.

This backlog for AWS is intriguing. As of the first quarter of 2021, AWS was only 13% of Amazon's total revenue but provided 47% of its operating profit. So as AWS grows, it might not be reflected much on the top line, but its overall bottom-line profits could explode in a hurry. Right now, Amazon trades at a trailing P/E of around 66 -- its cheapest valuation in a decade on a P/E basis. But it wouldn't take too much growth from AWS for this valuation to get a whole lot cheaper. Given the growth drivers already in place for AWS, Amazon stock looks better than ever, in my opinion.

Of course, there are cases to be made against Tractor Supply, Peloton, and Amazon as well. But that's true of all stocks all the time. In reality, there will always be some reason to prevent you from investing -- including market volatility, extreme valuations, and risks of competition. The trick with long-term investing, however, is to see which fears subside the longer you extend your investing outlook. For these three stocks, I'm not sure where they will trade in the short term. But looking ahead five years or more, I think today's investors will be glad they bought now.