Please ensure Javascript is enabled for purposes of website accessibility
Log In Help Join The Motley Fool
Free Article Join Over 1 Million Premium Members And Get More In-Depth Stock Guidance and Research
By Bram Berkowitz - Jun 25, 2021 at 8:45AM

After a terrific start to the year, large-cap bank stocks have pulled back over the last month, which could be a good time to get in.

Bank stocks have been ripping higher all year after the sector proved that its credit quality could withstand the tough conditions brought on by the pandemic. Investors have also been optimistic about the reopening of the economy. But the sector has pulled back some recently, with the KBW Nasdaq Bank Index, which includes 24 of the largest bank stocks, down nearly 8% over the last month.

The big four traditional banks -- JPMorgan Chase (JPM -0.78%), Bank of America (BAC -0.36%), Citigroup (C -0.39%), and Wells Fargo (WFC 0.00%) -- are down anywhere from about 6% to 12% over the past month. While bank valuations had started to get high and investors have been perplexed while trying to figure out inflation, I see this recent dip as an opportune time to buy. Here's why.

After recently releasing its annual stress testing results, the Federal Reserve lifted its restrictions on bank capital distributions, which have been in place in some capacity for roughly a year. During the early months of the pandemic, the Fed banned share repurchases and limited dividend payouts of large banks to ensure they maintained strong capital levels heading into uncertainty. At the end of 2020, the Fed eased some of its restrictions, allowing banks to pay dividends and conduct share repurchases based on their profits in 2020. But now, the limits have been removed and banks have much greater autonomy over their capital distributions.

The means that most big banks, which are sitting on excess capital, will increase their dividends, which have been stagnant since early last year. A bank like Wells Fargo, which cut its dividend 80% last year, could increase its dividend in the third quarter by as much as 50% to 100%. And expect almost all large banks to repurchase shares at a faster clip.

Take a bank like JPMorgan, which at the end of 2020, announced that its board of directors had authorized a $30 billion share repurchase plan. JPMorgan previously said that it expected to buy back $4.5 billion of stock in the first quarter, and potentially $7.5 billion in the second quarter. Even if it buys back the full amount in the second quarter, it would still have another $18 billion left of share repurchases that it could make this year if it wanted to. 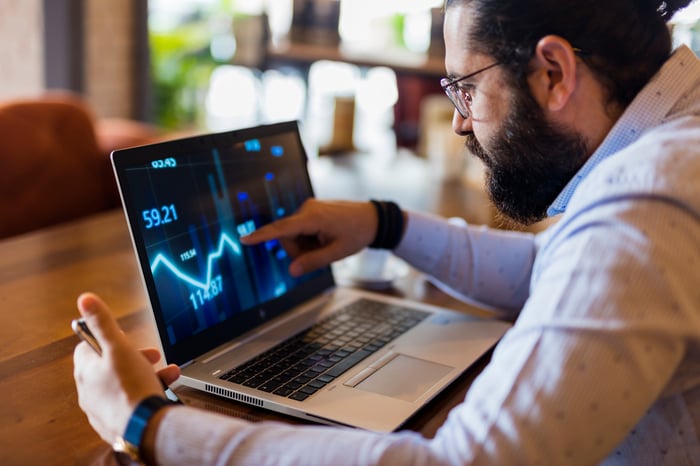 Real loan growth hasn't materialized yet, and while banks are optimistic that this should pick up in the back half of the year, which is about to get underway, I am not sure this is a guarantee, or if loan growth will be significant even if it does. Lending is one of the prime revenue generators with banks, which are dying to put their excess liquidity to work.

But the consumer is coming out of the pandemic with money from stimulus and savings, while businesses are still getting back on their feet and trying to regroup from the last year. Bank executives report that their business clients are starting to talk about capital expenditures and building inventory, but many banks still aren't seeing the growth just yet. I think Bill Demchak, CEO of the large regional bank PNC Financial Services Group (PNC 0.09%), perhaps said it best on the bank's first-quarter earnings call:

Even though the economy has really kind of taken off here, for whatever reason, we haven't seen the typical inventory build and capex that you would see in this economy ... But when that happens and it will happen, it almost mechanically has to happen, you're going to see pretty appreciable loan growth. We just don't know when that's going to be.

The Fed confirmed that inflation may not be as transitory as some thought when the Federal Open Market Committee recently indicated that it expects to start hiking the federal funds rate in 2023, a full year ahead of its prior timeline of 2024. And some think that rate hikes could even begin in 2022.

Runaway inflation isn't great for anyone, but banks can do incredibly well with some inflation and higher rates because the interest charged on many of their loans is tied to the federal funds rate. For instance, Bank of America said in its first-quarter regulatory filing that a 1 percentage point move higher in the federal funds rate would bring in a whopping $8.3 billion more in net interest income (money made on loans and securities).

I am also interested to see how sticky bank deposits are when rates begin to rise. Banks benefited from the pandemic because programs like the Paycheck Protection Program and stimulus checks allowed them to make new relationships with consumers and businesses, and enhance existing ones. Almost all banks saw their non-interest-bearing deposits, deposits they pay no interest on and that should be stickier during rate hikes, rise significantly. If those prove to be sticky and deposit costs stay low while loan yields rise, banks would see their margins improve rather nicely. That coupled with the loan growth that should eventually materialize could result in bank profits surging.