Please ensure Javascript is enabled for purposes of website accessibility
Log In Help Join The Motley Fool
Free Article Join Over 1 Million Premium Members And Get More In-Depth Stock Guidance and Research
By Keith Speights – Jul 8, 2021 at 5:55AM

All of them rank among Wood's favorite stocks.

Cathie Wood wants to launch a new Bitcoin (BTC -0.31%) exchange-traded fund (ETF). That's not surprising, considering that the ARK Invest founder has been a fan of the cryptocurrency for quite a while.

The U.S. Securities and Exchange Commission (SEC) hasn't given a green light to Wood's Bitcoin ETF yet. If and when the agency approves the ETF, you can bet that many investors will rush to jump aboard.

I wouldn't be in such a hurry, however. Wood's other ETFs own positions in quite a few stocks that could be bigger long-term winners than any cryptocurrency-focused stocks. Forget Wood's Bitcoin ETF, these three stocks are better buys. 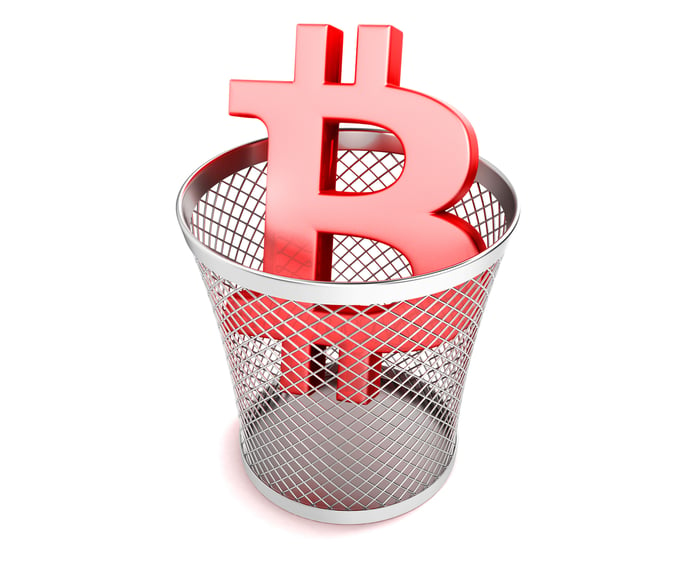 Two of Wood's ETFs have sold some shares of Sea Limited (SE 4.51%) over the last month or so. However, Sea still ranks as the fourth-largest holding in the ARK Fintech Innovation ETF and is No. 17 in the ARK Next Generation Internet ETF's holdings.

Sea Limited stock has skyrocketed more than 1,500% since its IPO in 2017. That's more than triple the return of Bitcoin during the same period. I think Sea will probably outperform the cryptocurrency in the future, too.

The company's Garena unit stands as a leader in esports and mobile gaming, with its Free Fire the highest-grossing mobile game in India, Latin America, and Southeast Asia. Shopee is a leading e-commerce platform in Southeast Asia, Indonesia, and Taiwan. SeaMoney is the company's fast-growing mobile wallet.

Sea Limited is focused on three of the fastest-growing markets around -- gaming, e-commerce, and digital payments. It's also concentrating on fast-growing geographic markets, primarily in Southeast Asia and Latin America. Look for Sea to keep up its winning ways.

Don't be surprised if Square is included among Wood's Bitcoin ETF holdings if the ETF is approved by the SEC. Square supports buying and selling Bitcoin on Cash App. The company is also a big supporter of the cryptocurrency. CEO Jack Dorsey said in Square's first-quarter conference call, "We see Bitcoin as the internet's potential to have a native currency."

But Bitcoin is just one part of Square's strategy. The company has two ecosystems, one targeting businesses and the other targeting individuals. In the past, Square has made more money from its business (or seller) ecosystem, but it has great growth prospects on both fronts -- including integrating the two ecosystems in some ways.

Square has a nosebleed valuation, with shares trading at close to 167 times expected earnings. However, I agree with my Motley Fool colleague Travis Hoium that the stock could move much higher, especially with its expansion into banking services.

Can Teladoc be a bigger winner than Wood's planned Bitcoin ETF over the next few years? I think so. McKinsey & Company estimates that there's a $250 billion annual opportunity in virtual care in the U.S. alone. Teladoc is the leading virtual care company, but analysts expect that the company will rake in only around $2 billion in revenue this year.

There are three key ways that Teladoc should be able to capture more of its addressable market. One is to sign up more members, something the company continues to do with multiple contracts with major corporate customers. Another is to boost utilization, another area where Teladoc is succeeding. The company can also add new products and services. Again, Teladoc is doing just that, with its Teladoc Primary 360 primary care service a great example.

The company also should have solid growth prospects outside the U.S. The cost and convenience advantages of virtual care aren't limited to one geographic region. My view is that Teladoc is only scratching the surface of its total opportunity. I suspect that Cathie Wood would agree.