But even before Branson had landed, Virgin Galactic's stock was crashing back to Earth. 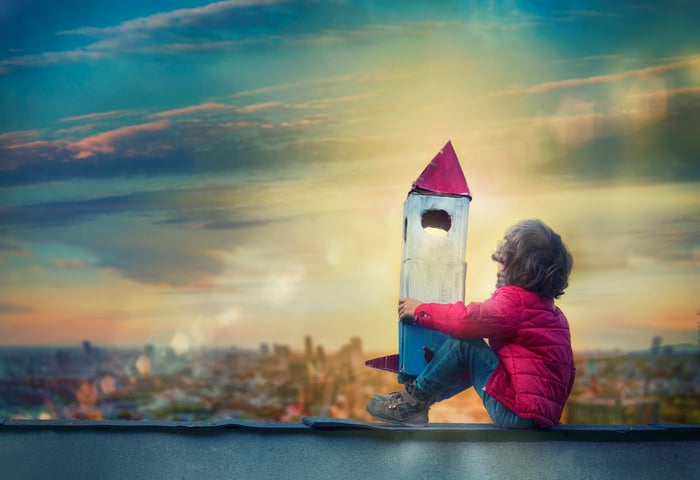 In fact, over the five days since Branson completed his historic flight, Virgin Galactic shares have shed more than 36% of their share price. Today, the stock made a half-hearted attempt to revive -- rising nearly 5% in early trading -- but quickly gave up the attempt.

As of 11:40 a.m. EDT, Virgin Galactic stock is down again, falling another 1.5% beyond yesterday's close.

Why is that? Well, consider this: With no revenues and no profits to its name, Virgin Galactic is what we call a "story stock." Potentially, its future could be bright. But absent any hard numbers today to hang a valuation on, it's a stock that tends to trade up or down based on how interested investors are in betting on that far future.

This makes Virgin Galactic stock vulnerable to declines whenever investor interest wanes. And right now, it's waning because, well, Sir Richard has already flown his flight. He came back safe and sound, but now it's time to start paying attention to the next billionaire lining up to travel to space.

That billionaire is Amazon.com founder Jeff Bezos, who plans to fly to space on July 20, along with his brother, "Mercury 13" astronaut-hopeful Wally Funk, and hedge fund scion Oliver Daemen. In so doing, Blue Origin will make history in three ways -- sending its founder to space, and also sending to space simultaneously the oldest and the youngest humans ever to go there (respectively, 82-year-young Funk and 18-year-old Daemen).

Adding to the drama, Daemen is a last-minute replacement on this mission. He was added to the passenger roster after the (still unidentified) person who bid $28 million for the privilege last month unexpectedly dropped out, citing "scheduling conflicts."

You'd be hard-pressed to write a science fiction story as interesting as the facts of this mission. If the drama has momentarily distracted investors away from Virgin Galactic stock, it's no wonder at all.