If you look at this year's biggest gains in the financial industry, Wells Fargo (NYSE:WFC) is near the top of the list, with its stock climbing roughly 50% year to date. Citigroup (NYSE:C), meanwhile, has only seen its stock grow nearly 12%, which is not bad, but not exactly good compared to the rest of the sector. Citigroup also trades at a lower valuation than Wells Fargo, even though Wells Fargo's valuation is not great when you compare it to the industry overall.

While they are different banks with very different models, both Wells Fargo and Citigroup are facing regulatory issues and have lagged their peers in terms of returns in recent years. So why has Wells Fargo rebounded more than Citigroup? And why does it trade at a higher valuation? My main theory on the gap has to do with the turnaround story each bank is telling, and how well the market understands and perceives each. 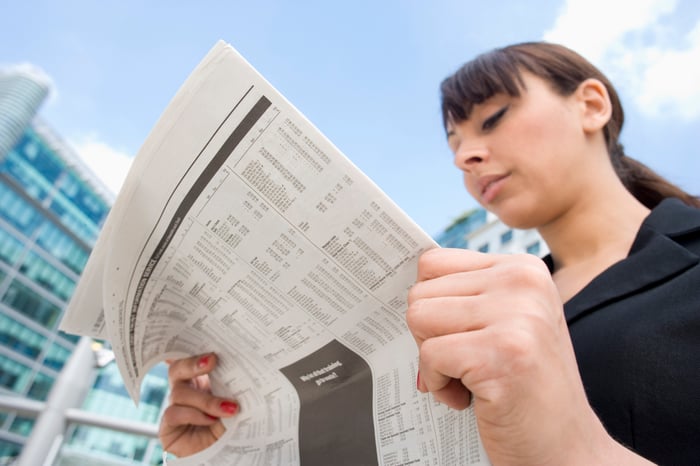 Is there a compelling story?

Both Wells Fargo and Citigroup have been in the news a lot, not only due to regulatory issues, but also because their declining valuations have made them potential high-return investment opportunities. At times last year, Wells Fargo traded well below tangible book value (TBV), which basically measures what a bank would be worth if it were to be immediately liquidated. But at recent prices, Wells Fargo trades at 128% of tangible book value. Citigroup has rallied from its lows last year, but still trades at just 87% TBV. And Citigroup was much more profitable than Wells Fargo in 2020.

When investors see a stock trading at a low valuation, it can be a great value play if the company can turn itself around. But it can also be seen as a value trap, which is a stock with an appealing valuation that will never be able to turn itself around. It's important for any value stock to have a good turnaround story that investors can clearly grasp. While both Wells Fargo and Citigroup still have a lot of work to do, it's clear through their valuations that the market currently likes the story around Wells Fargo better than Citigroup.

Wells Fargo has struggled since regulators revealed the extent of the bank's phony-accounts scandal five years ago. In 2018, the Federal Reserve placed a cap on the bank that prevents it from growing its balance sheet beyond $1.95 trillion in assets, which it's already near. That proved costly during the pandemic in 2020, as Wells Fargo saw profits sink by about 90% from 2019.

But since then, I think Wells Fargo has done a relatively good job about telling the story of how it will improve. In 2019, the bank brought in CEO Charles Scharf, who immediately got to work on revamping the bank's regulatory issues and addressing consent orders from the scandal. Scharf brought in a new team to run the bank; roughly half its top 150 leaders are new to their roles from the start of 2020, including more than 40 who are brand-new to the organization. Scharf also created new regulatory positions and a new risk management infrastructure, work that is still ongoing. Earlier this year, Scharf got to see some of his hard work pay off when the Fed approved Wells Fargo's proposal to overhaul its risk management and governance structure, a major step toward getting the asset cap removed.

Scharf has also done a lot of work to improve the bank's expense structure, pledging to remove $8 billion of gross expenses over the next three to four years. He's also sold off business lines that are not core to Wells Fargo's U.S. franchise, and taken steps to start ramping up higher-return businesses such as credit card lending and investment banking that the bank should be able to sell to existing customers.

I see a clear story at Wells Fargo. Scharf's top priority is addressing the many consent orders from the phony-accounts scandal and getting the asset cap removed, which will allow its leading commercial bank to get back to doing what it does best. In the meantime, Wells Fargo is also getting more focused, reining in expenses, and ramping up higher-return business lines, and there has now been evidence of progress on all of these fronts.

Citigroup's story, in my opinion, is starting to take form and has a lot of promise, but it is likely less apparent to the overall market, largely because it's a bit newer. While Wells Fargo has been facing backlash since 2016, Citigroup's regulatory issues only became mainstream more or less last year.

In 2020, Citigroup accidentally wired $900 million to the wrong parties in a dispute involving cosmetics company Revlon. It attributed the mistake to a "clerical error" and "out-of-date" software. Citigroup tried to recoup the funds in court, but a judge ruled that $500 million did not have to be returned. Later in 2020, regulators hit Citigroup with a $400 million civil penalty and tasked the bank with correcting longstanding issues related to firm-wide compliance, data, and risk management. Some of these issues reportedly date back to 2013, so they aren't exactly new, but they are now much more out in the open.

The bank has a new CEO, Jane Fraser, who has not wasted much time in launching a major "strategy refresh." Earlier this year, Citigroup announced it is planning to exit and sell its global consumer banking franchise in 13 global markets, and focus more on global wealth management. Management has also said it plans to double down in its high-performing businesses such as investment banking, treasury and trade solutions, and securities services. The bank has already been investing billions to correct its long-standing regulatory issues, an investment CFO Mark Mason says will bear returns and ultimately modernize the bank.

But there are still questions about what those investments will look like. How much time and money will ultimately be needed to get into good standing with regulators? A lot of investors have also wondered about the future of the bank's consumer banking businesses in the U.S. and Mexico. Would Citigroup ever consider selling its Mexico consumer franchise? Would the bank ever buy another bank in the U.S.? Investors and the Street appear to be fairly receptive to Fraser so far, but there are still a lot of unanswered questions.

Is the gap warranted?

I can understand why Wells Fargo's story is clearer to the market right now. It's been in the media a bit more, and I think most people are convinced that Wells Fargo has seen the worst of its regulatory issues after five years of fines and lawsuits, and now more than three years with the asset cap, which is seen as one of the costliest punishments in bank history.

Citigroup, on the other hand, is still early in its turnaround, and the market appears to be looking for more answers and progress. I don't think it helps that Citigroup happens to be one of the tougher banks to analyze, in my opinion, due to its highly global and complex business model that is anything but your typical commercial bank. Citigroup has also lagged its peers in profitability for years. Issues like the $900 million accidental wire and the failure to address longstanding issues have caused reputational harm. My guess is that the market, after years of disappointment, has taken a "show-me" approach on Citigroup in which it may not buy into the company until it sees real evidence of improvement.

For what it's worth, I certainly think Citigroup is very undervalued at just 87% of TBV. I like Citigroup's initial plan of reinvesting in businesses where it already has a leg up and performs well, while exiting businesses and markets it doesn't think it can compete in. Regulatory matters can always get worse, but based on available information, it does not appear that Citigroup will face regulatory issues as severe as Wells Fargo's. Additionally, while trading below TBV, Citigroup can repurchase shares and drive up TBV, which will benefit the stock long-term. I do think that as the story becomes more clear around Citigroup's turnaround plan, the market will eventually come around.