Please ensure Javascript is enabled for purposes of website accessibility
Log In Help Join The Motley Fool
Free Article Join Over 1 Million Premium Members And Get More In-Depth Stock Guidance and Research
By Bram Berkowitz - Jul 21, 2021 at 6:39AM

In the second quarter, Wells Fargo reported its lowest quarterly expenses in more than a year, as well as an improved efficiency ratio.

After years of rising costs, Wells Fargo (WFC 1.52%) CEO Charlie Scharf finally seems to be getting a lid on the bank's expense problem. In the second quarter of this year, Wells Fargo reported its lowest quarter of expenses in the last five quarters. The bank's efficiency ratio, a measure of expenses expressed as a percentage of total revenue (lower is better), also dropped to 66%. That's still not good, but it's down 9% from the first quarter and down 14% year over year.

Management, in the beginning of the year, launched a big initiative to eliminate billions in annual expenses over the next few years, and early progress looks good so far. Let's take a deeper look into the progress.

Since 2016 when the bank's phony-accounts scandal came to light, in which the bank opened millions of depository and credit card accounts without the authorizations of customers, Wells Fargo has struggled to rein in costs and generate the same earnings per share (EPS) that it used to. The bank has also been operating under an asset cap since 2018, which prevents it from growing its balance sheet past $1.95 trillion in assets.

When Scharf was hired in 2019, he took a comprehensive look at the company and pledged to get expenses and the efficiency ratio more in line with peers. At the beginning of this year, Scharf announced a slate of efficiency initiatives to be carried out over the next three to four years, and that would ultimately realize more than $8 billion in gross cost savings. 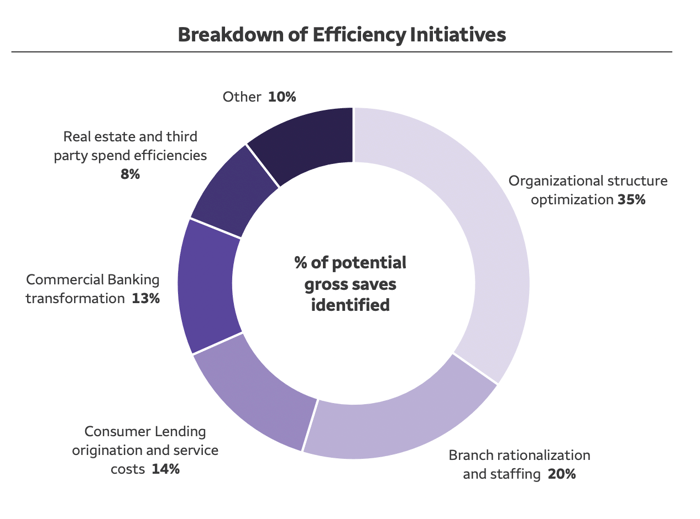 Of the $8 billion in gross cost savings, Wells Fargo expects to reap 55% from organizational structure optimization as well as branch rationalization and staffing reductions, and there was evidence of progress on both of these fronts. By the numbers, Wells Fargo reduced its personnel expense, the main expense for most banks, by 1% from the second quarter of 2020 and by 8% from the previous quarter.

Wells Fargo CFO Mike Santomassimo said further adoption of digital capabilities by customers has allowed the bank to adjust branch staffing and reduce the overall headcount, as well as reduce expenses in consumer banking. Santomassimo also said the bank reduced its branches and offices by 5% since the start of 2021, resulting in an overall reduction of 2 million square feet.

Another 8% of the gross cost savings is expected to come from real estate optimization and a reduction in spending on third-party external services such as consulting. Wells Fargo recently agreed to sell one of its towers in Phoenix and has cut professional and outside service expenses by 14% during the first half of the year. Santomassimo added that the bank has made progress on its commercial banking transformation, which is supposed to result in 13% of the gross cost savings, by optimizing operations and back-office teams and decreasing the number of commercial lending platforms. 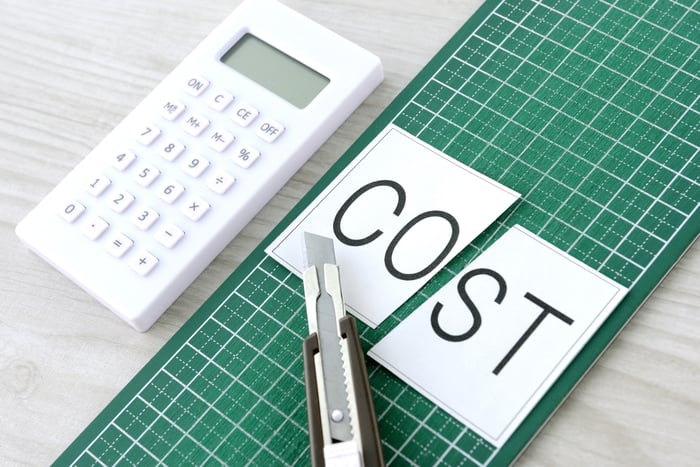 These efforts allowed Wells Fargo to maintain its expense forecast for the year of $53 billion, which would be a significant decrease from the $57.6 billion in expenses the bank reported in 2020, which were partly elevated due to COVID-related expenses. Santomassimo did say the bank might end up being over that number, but only because of higher than expected revenue-related compensation, which isn't a bad thing. Given that Wells Fargo's expenses are already at $27.3 billion through the first half of the year, that implies a quarterly expense run rate of about $12.84 billion in expenses for the rest of the year, which would be an improvement from the already improved second quarter expense number.

There is also clearly more improvement that can and will be made on ongoing efficiency initiatives. As one analyst pointed out, despite the improvement on reducing the headcount, Wells Fargo still has 50,000 more employees than Bank of America, which is probably its most comparable peer considering the asset mix of more commercial loans and less credit card loans.

Scharf has embarked on an ambitious mission to get costs down at a time when the bank also needs to invest a good amount into its regulatory infrastructure to get into compliance with regulators and get the asset cap removed. But this quarter's progress on those initiatives was certainly noticeable and meaningful, and it gives me confidence in management's ability to execute.

Scharf said that barring no change in the economic environment and interest rates, he expects the bank, at some point in 2022, to be able to achieve a 10% return on tangible common equity (ROTCE) run rate, excluding reserve releases and other special items. That would be a key accomplishment and show meaningful progress on Scharf's longer-term goal of achieving a 15% ROTCE.